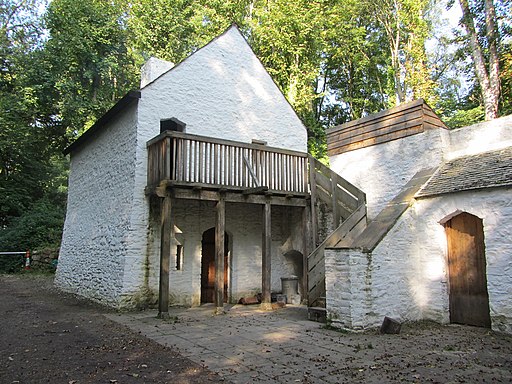 St Fagans National Museum of History is an open-air museum in Cardiff chronicling the history, culture, and architecture of the Welsh people.

The museum consists of more than forty re-erected buildings from various locations in Wales and is set in the grounds of St Fagans Castle, an Elizabethan manor house.

The museum holds displays of traditional crafts, with a working blacksmith forge, a pottery maker, a weaver, a miller, and a clog maker.

Although the museum was intended to preserve aspects of Welsh rural life, it now includes several buildings that depict the industrial working life that succeeded it.

Based on archaeological findings, a reconstruction of Llys Rhosyr, a thirteenth-century court of the princes of Gwynedd, called Llys Llewelyn (‘Llewelyn’s Court’) has also been created.

Scenes from the Doctor Who episodes “Human Nature” and “The Family of Blood” were filmed at the museum.

A Virtual Tour of the Museums in the United Kingdom

“If you want to be a leader, be a bridge.”
– Welsh Proverb