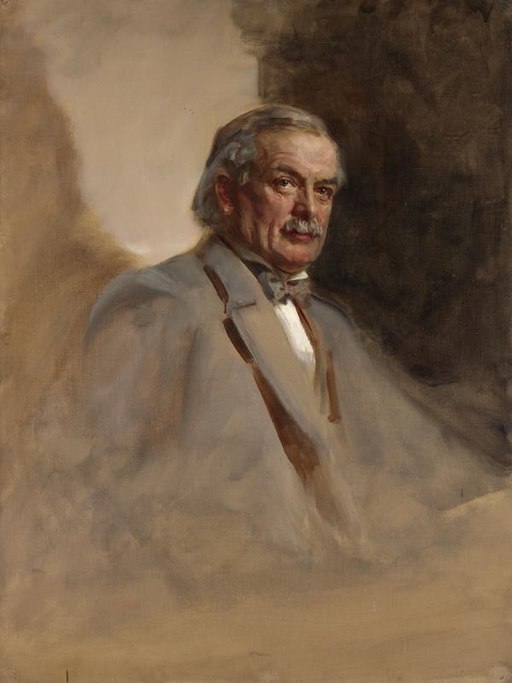 “David Lloyd George” by James Guthrie depicts the British statesman who served as Prime Minister of the United Kingdom from 1916 to 1922. This oil sketch was made in preparation for Guthrie’s great commission “Statesmen of the Great War.”

Lloyd George (1863 – 1945) had originally been a supporter of British neutrality, but the German attack on Belgium, which led to the First World War outbreak, changed his mind.

In 1915, a Liberal-led wartime coalition with the Conservatives and Labour made Lloyd George a Minister of Munitions, and he rapidly expanded production.

In 1916, he was appointed Secretary of State for War but was frustrated by his limited power and clashes with the military establishment over strategy.

Amid stalemate on the Western Front, confidence in Prime Minister Asquith’s leadership waned, and he was forced to resign in 1916.

Lloyd George succeeded him as Prime Minister, supported by the Conservatives and some Liberals. He centralized authority through a smaller war cabinet and a new Cabinet Office.

To combat food shortages, he implemented the convoy system, established rationing, and stimulated farming. Against the views of his commanders, he was finally able to see the Allies brought under one command in 1918.

The war effort turned in their favor and was won in November. In the aftermath, he and the Conservatives maintained their coalition with popular support. His government extended the franchise to all men and some women.

He declined an offer to serve in Winston Churchill’s War Cabinet in 1940 and was raised to the peerage in 1945, shortly before his death.