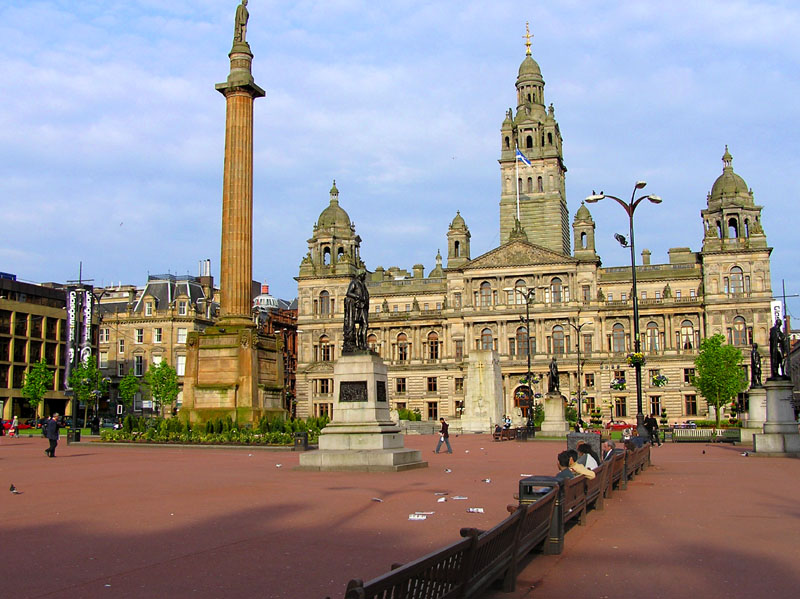 Glasgow is the largest city in Scotland, and third largest in the United Kingdom. Glasgow grew from a small rural settlement to become the largest seaport in Britain. Expanding from the medieval bishopric, the establishment of the University of Glasgow in the 15th century propelled Glasgow to became a major centre of the Scottish Enlightenment in the 18th century.

The city grew as one of Great Britain’s main hubs of transatlantic trade with North America and the West Indies. With the Industrial Revolution, the economy of Glasgow expanded rapidly to become a leading centre for engineering. Glasgow’s shipbuilding and marine engineering industry produced many innovative and famous vessels.

Today Glasgow is home to many museums and art galleries such as the Kelvingrove Art Gallery and Museum, the Hunterian Museum and Art Gallery, the Gallery of Modern Art (GoMA) and the Burrell Collection. Featured in “Joy of Museums” are the following:

Photo Credit: By User Finlay McWalter on en.wikipedia (This photo was taken by Finlay McWalter.) [GFDL (http://www.gnu.org/copyleft/fdl.html) or CC-BY-SA-3.0 (http://creativecommons.org/licenses/by-sa/3.0/)], via Wikimedia Commons