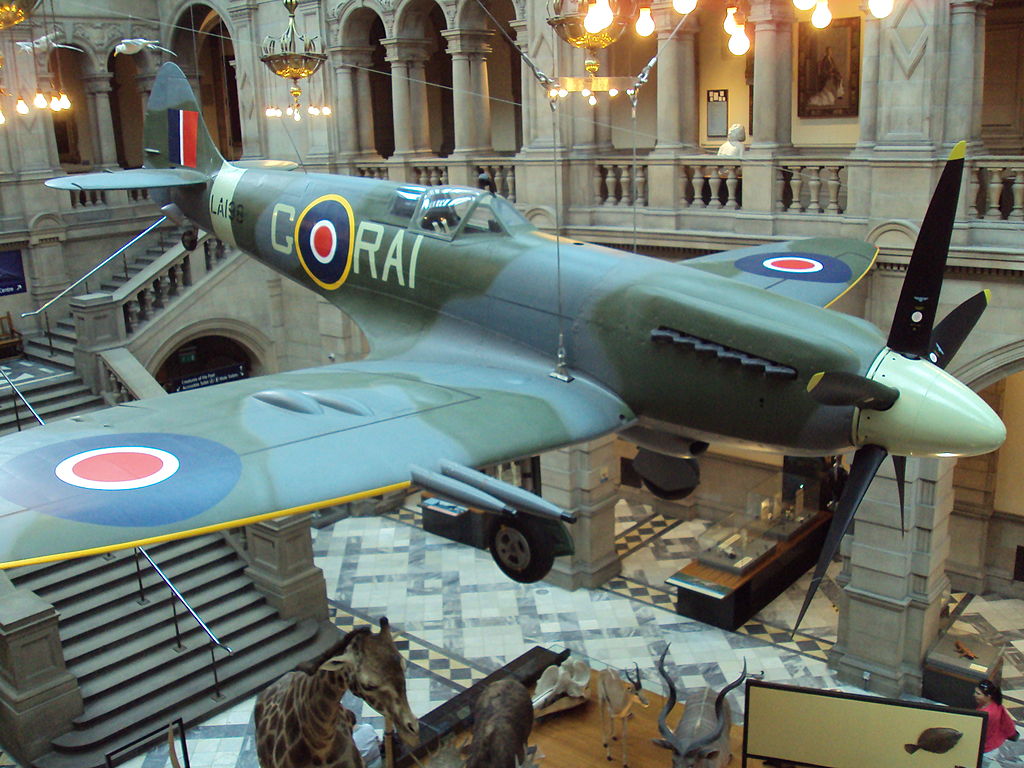 The Supermarine Spitfire is a British single-seat fighter plane that was used by the Royal Air Force and many other Allied countries during World War II. There were different Spitfire configurations built using different wing configurations.

The Spitfire was designed as a short-range, high-performance interceptor aircraft. The Spitfire’s distinctive elliptical wing was designed to have the thinnest possible cross-section, helping give the plane a high top speed.

Playing a vital role in the Battle of Britain, from July to October 1940, the Spitfire was perceived to be the main RAF fighter.

Spitfires earned their reputation by having a lower attrition rate and a higher victory-to-loss ratio than Hurricanes because of its higher performance.

“Never was so much owed by so many to so few.”

“Never was so much owed by so many to so few” was a wartime speech made by the British prime minister Winston Churchill in 1940. The name stems from the specific line in the address:

“Never in the field of human conflict was so much owed by so many to so few.”

The speech referred to the efforts of the Royal Air Force crews who were at the time fighting the Battle of Britain, which was the pivotal air battle against the German Luftwaffe as Britain waited for an invasion.

The speech is also remembered for his use of the phrase “the few” to describe the Allied aircrews of RAF Fighter Command, whose desperate struggle gained the victory; “The Few” has come to be their nickname. Churchill took his inspiration from various sources, including Shakespeare.

The Spitfire was designed as a short-range, high-performance interceptor aircraft. The Spitfire’s distinctive elliptical wing with cutting-edge sunken rivets had the thinnest possible cross-section, to give the aircraft a higher top speed.

After the Battle of Britain, the Spitfire superseded the Hurricane to become the backbone of RAF Fighter Command and saw action in the European, Mediterranean, Pacific, and South-East Asian theatres.

The Spitfire served in several roles, including interceptor, photo-reconnaissance, fighter-bomber, and trainer, and it continued to serve in these roles until the 1950s.

The Seafire was a carrier-based adaptation of the Spitfire that served in the Fleet Air Arm from 1942 through to the mid-1950s.

The original airframe was designed to be powered by a Rolls-Royce Merlin engine producing 1,030 hp (768 kW), and later used the powerful Rolls-Royce Griffon engines producing up to 2,340 hp (1,745 kW).

The Spitfire’s performance and capabilities improved over the course of its service life until it was retired in about 1961.

A Tour of Scotland’s Museums

“Never was so much owed by so many to so few.”
– Winston Churchill