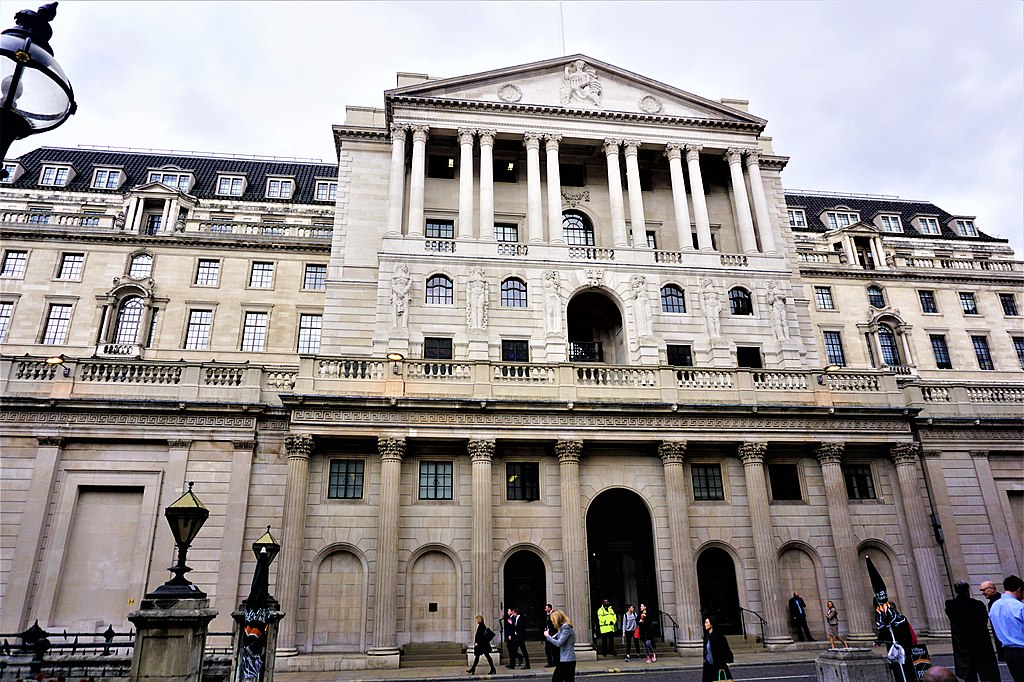 The rotunda area, at the end of the tour, displays the bank’s collections of notes and coins, books and documents, pictures, furniture, statues, silver and a genuine bar of gold. Kenneth Grahame, the author of The Wind in the Willows, worked for 30 years at the Bank, his final post being that of the Bank’s Secretary, and the museum has a permanent display on his association with the bank, which includes his resignation letter.

The Museums entrance is in Bartholomew Lane, off Threadneedle Street, close to Bank junction and Bank tube station.

“It is well enough that people of the nation do not understand our banking and monetary system, for if they did, I believe there would be a revolution before tomorrow morning.”
–  Henry Ford

“Banking may well be a career from which no man really recovers.”
– John Kenneth Galbraith

“A bank is a place where they lend you an umbrella in fair weather and ask for it back again when it begins to rain.”
– Robert Frost

“Clear communication is always important in central banking, but it can be especially important when economic conditions call for further policy stimulus, but the policy rate is already at its effective lower bound.”
– Ben Bernanke

“If you owe your bank a hundred pounds, you have a problem. But if you owe a million, it has a problem.”
– John Maynard Keynes

“Banking is a very good business if you don’t do anything dumb.”
– Warren Buffett

“I do not think you can trust bankers to control themselves. They are like heroin addicts.”
– Charlie Munger

“It is not by augmenting the capital of the country, but by rendering a greater part of that capital active and productive than would otherwise be so, that the most judicious operations of banking can increase the industry of the country.”
– Adam Smith

“A large income is the best recipe for happiness I ever heard of.”
– Jane Austen – Mansfield Park

“In central banking as in diplomacy, style, conservative tailoring, and an easy association with the affluent count greatly and results far much less.”
– John Kenneth Galbraith