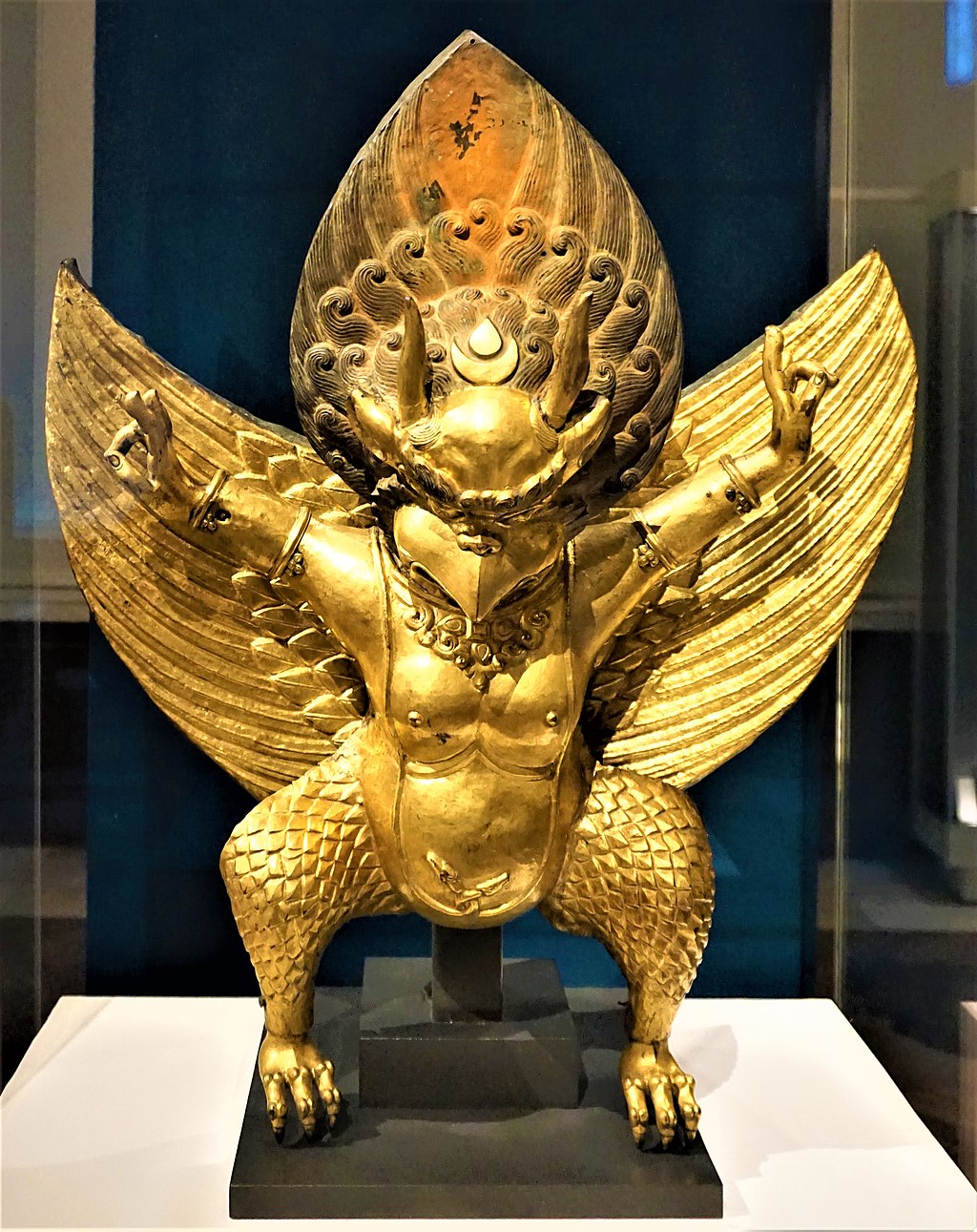 This gilt bronze statue depicts a Garuda as part bird and part human with flaming hair that bears the symbols of the sun and moon. The Garuda is a legendary bird creature from Hindu, Buddhist, and Jain mythology. A Garuda is generally a protector with the power to swiftly go anywhere and is ever watchful against enemies. A Garuda is a part of state insignia in India, Myanmar, Thailand, Cambodia, and Indonesia.

This Garuda was acquired from Tibet, where the main religion is Tibetan Buddhism. In the Buddhist tradition, a Garuda is a golden-winged bird from Buddhist texts. It is represented with either zoomorphic (animal form) or anthropomorphic (part bird, part human form) iconography.

“A child without education is like a bird without wings.”
– Tibetan Proverb