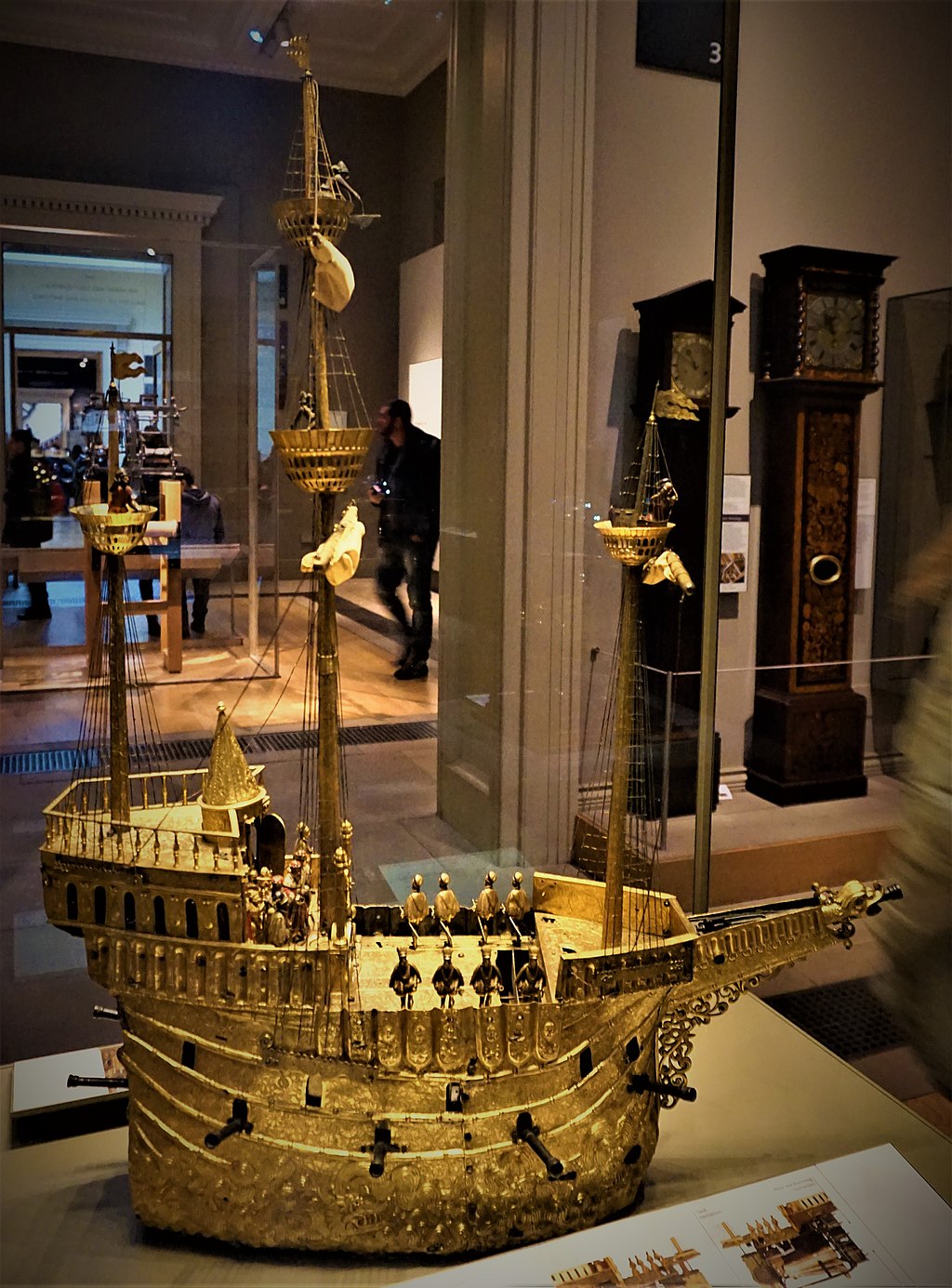 This Mechanical Galleon is an elaborate ornament in the form of a ship, which is also a self-operating machine with moving figures, music, and a clock.

It was constructed in 1585 by Hans Schlottheim, a goldsmith and clockmaker active in Augsburg, Germany. The Mechanical Galleon was made under the patronage of Augustus I, Elector of Saxony in Dresden.

He was one of the nobility who competed with other rulers in Europe to own elaborate art objects that demonstrated their wealth and prestige.

This extravagant ornament is called a “nef” which is a table ornament and container used in the Middle Ages and Renaissance, made of precious metals in the shape of a ship.

Nefs were extravagant ship-shaped table ornaments in precious metal that had been popular among the wealthy.

This particular piece is mostly made of gilded brass and incorporates the recent development of coiled tempered steel that made this automaton possible.

Clockwork was new and would have been regarded as a modern wonder in the sixteenth century.

The complexity and sophistication of the automation in this nef meant that Hans Schlottheim had to include three separate clockwork mechanisms.

There is a tiny clock on the ship, and mechanical music is played with the accompanied of a drum using drum hidden within the hull.

Seven figures of electors parade before the seated figure of the Rudolf II, the Holy Roman Emperor.

It was used to entertain guests during a banquet, and the ship would make noises and smoke as the cannons fired, and trumpets blared.

The mechanical galleon in the British Museum

A Brief History of time telling

A Briefer History of Time: How technology changes us in unexpected ways

The History of Keeping Time

“Even a broken clock is right twice a day.”
–  Proverb