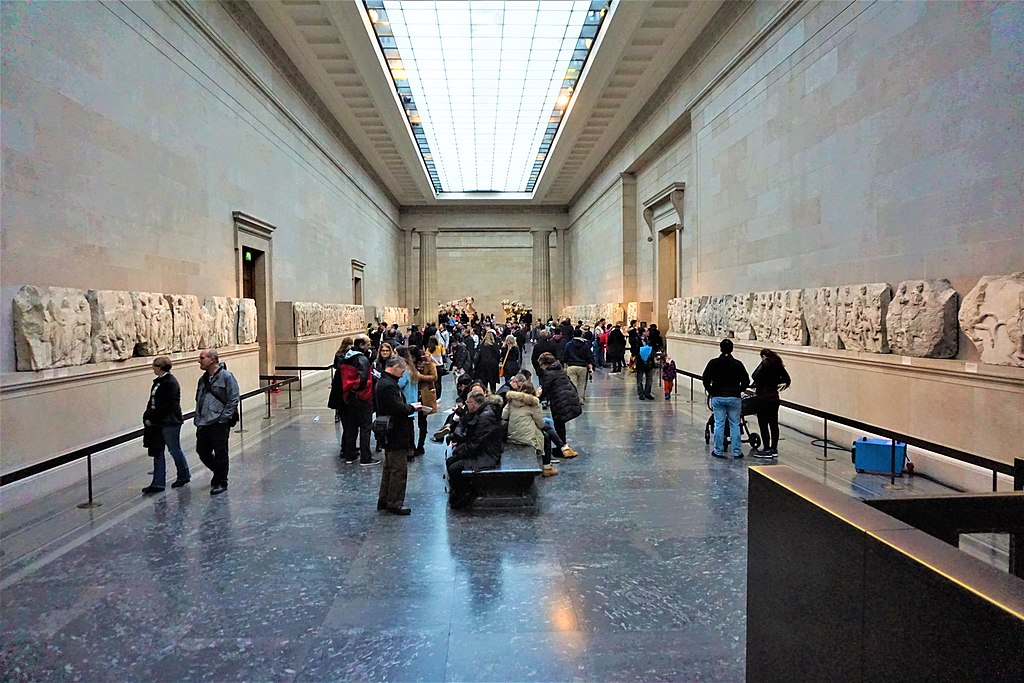 The Acropolis is an extremely rocky outcrop above the city of Athens. The word acropolis comes from the Greek, Akron meaning “highest point” and polis meaning “city”.

The Acropolis is a flat-topped rock that rises high over Athens, with a large flat area that has been used as a fortress and a religious center from time immemorial.

In ancient times, the Acropolis was used as a fortress and a religious center dedicated to the cult of the city’s patron goddess, Athena.

During the 5th century B.C. peace had been made with Persia and Athens had reached a high point in her wealth and power.

Athens was the leader of the majority of the Greek city-states, who paid tribute to Athens for protection from Persia.

Under the democratically elected leadership of Pericles, Athens decided to use its wealth to build a vast new temple to Athena.

Pericles (495-429 BC) was the most prominent and influential Athenian statesman, and in 461, he became the leader of Athens, a role he occupied until his death.

Under his leadership was built the Parthenon, during the Golden Age of Athens.

The Temple of Athena was erected using Doric style columns from white marble quarried from Mount Pentelikon which is about sixteen kilometers from the Acropolis.

The building was architected in perfect proportions and decorated with a plethora of sculptures.

The temple survived the Roman occupation, and in the 5th Century AD, it was converted into a Christian Church.

The worst damage occurred in 1687 when a Turkish gunpowder magazine located within the Temple exploded after a direct hit by the Venetian besieging army.

Thomas Bruce, 7th Earl of Elgin and 11th Earl of Kincardine (1766 – 1841) was a Scottish nobleman and diplomat, known primarily for the removal and shipment to England of the marble sculptures from the Parthenon in Athens.

When the marbles arrived in England, they were an instant success among many who admired the sculptures. However, both the sculptures and Elgin also received criticism from detractors.

“Dull is the eye that will not weep to see
Thy walls defaced, thy moldering shrines removed
By British hands, which it had best behooved
To guard those relics ne’er to be restored.
Curst be the hour when from their isle they roved,
And once again thy hapless bosom gored,
And snatch’d thy shrinking gods to northern climes abhorred!”

The Greek government claim that Elgin stole the marbles and is demanding their return to Greece. They have built a museum at the base of the Acropolis to house the Marbles from the Parthenon.

The Parthenon Marbles in the British Museum consist of three different types of marble sculptures which initially adorned the Parthenon Temple in Athens:

These three different types of marble sculptures are covered in separate chapters.

Copies of the Parthenon Temple

The Parthenon was remarkably innovative when it was built and influenced many temples that followed in the Greek and Roman world.

Even in modern times much of Western Architecture is based on the Parthenon model. Examples include the front of the British Museum and many Government buildings in the United States.

It is a full-scale replica of the original Parthenon in Athens, constructed during 1897 as part of the Tennessee Centennial Exposition. It also houses a copy of the long-lost statue of Athena Parthenos within.

Despite the controversy, the Parthenon Marbles are the greatest masterpieces in the British Museum, because they first influenced the Roman world and subsequently Western views of beauty in sculpture and architectural design across many cultures.