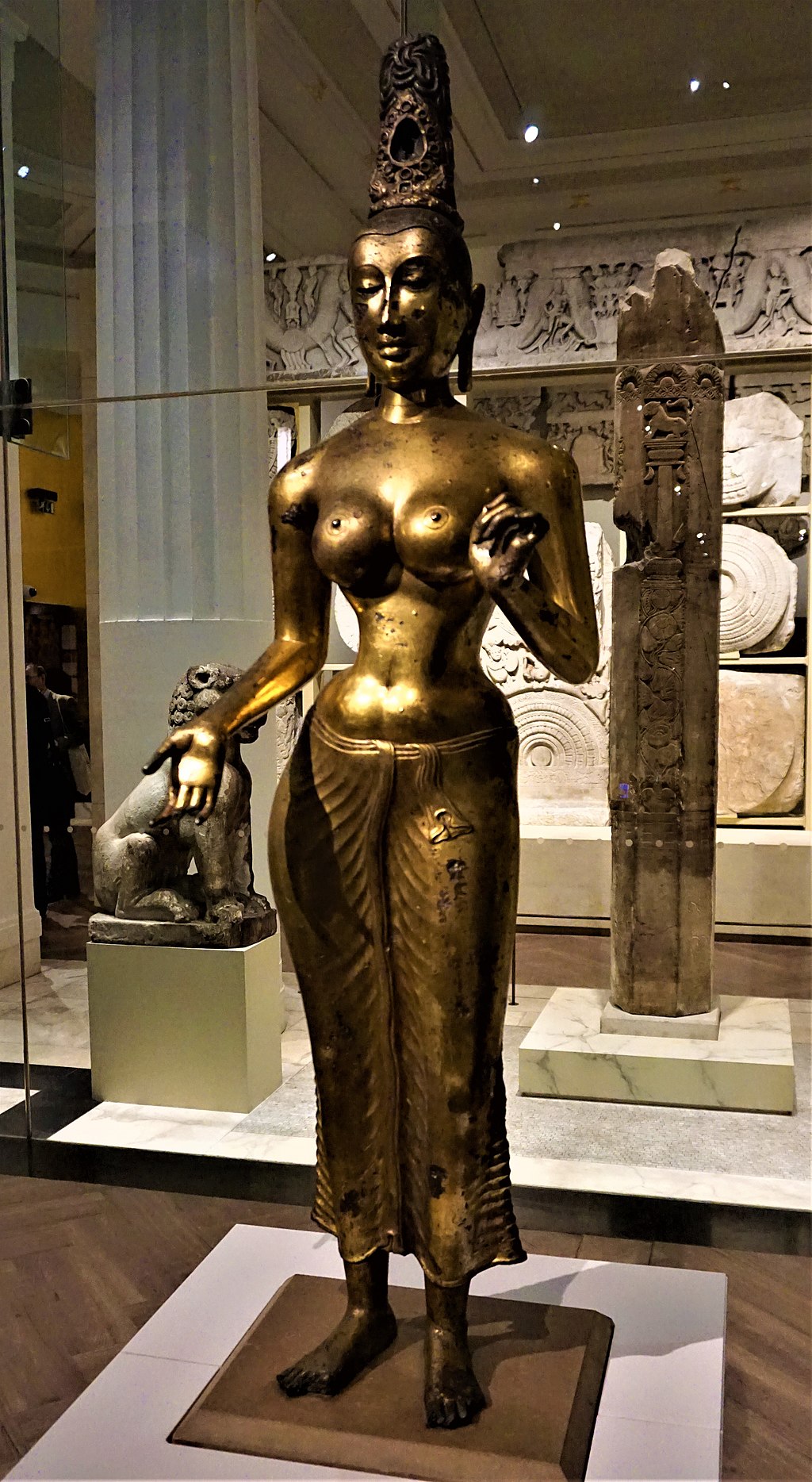 This Statue of Tara is a gilt-bronze sculpture of a standing figure of a female deity, created in the 8th century. The goddess’s hour-glass upper body is naked with only a lower garment tied to the hips.

Tara’s right hand is shown in the gesture of giving while her left hand is thought to have held a lotus flower. The figure wears a high crown dominated by a hole in the top that was initially created for a large precious stone.

The statue is famous because of its artistic history and made using a specialized manufacturing process. The figure was created from expensive metals utilizing the technique of the lost wax casting in Sri Lanka.

This unique sculpture was taken by force from the last King of Kandy when the British annexed Kandy. The Kingdom of Kandy was an independent Sri Lanka monarchy located in the island’s central and eastern portions.

It was founded in the late 15th century and endured until the early 19th century. When the British Museum acquired the statue in the 1830s, they were concerned that the exposed breasts, narrow waist, and curvaceous hips.

The main Tārā mantra is the same for Buddhists and Hindus alike, and the literal translation is:

Tara is known as the “mother of liberation” and represents the virtues of success and achievements. Tara is also a meditation deity used by some practitioners to understand the teachings of compassion and emptiness.

Sri Lanka has the most extended continuous history of Buddhism of any predominantly Buddhist nation. The Buddhist community existed in a mostly unbroken lineage since its introduction in the 2nd century BCE.

During periods of decline, the Sri Lankan monastic lineage was revived through contact with Thailand and Burma. Sri Lanka is also a multi-religious country, where Buddhists comprise 70 percent of the population.

Hinduism is the second most prevalent religion and predates Buddhism.

Masterpieces of the East: The Tara Statue – Sri Lanka

A History of the World in 100 Objects – Statue of Tara

“All that we are is the result of what we have thought.”
– Gautama Buddha