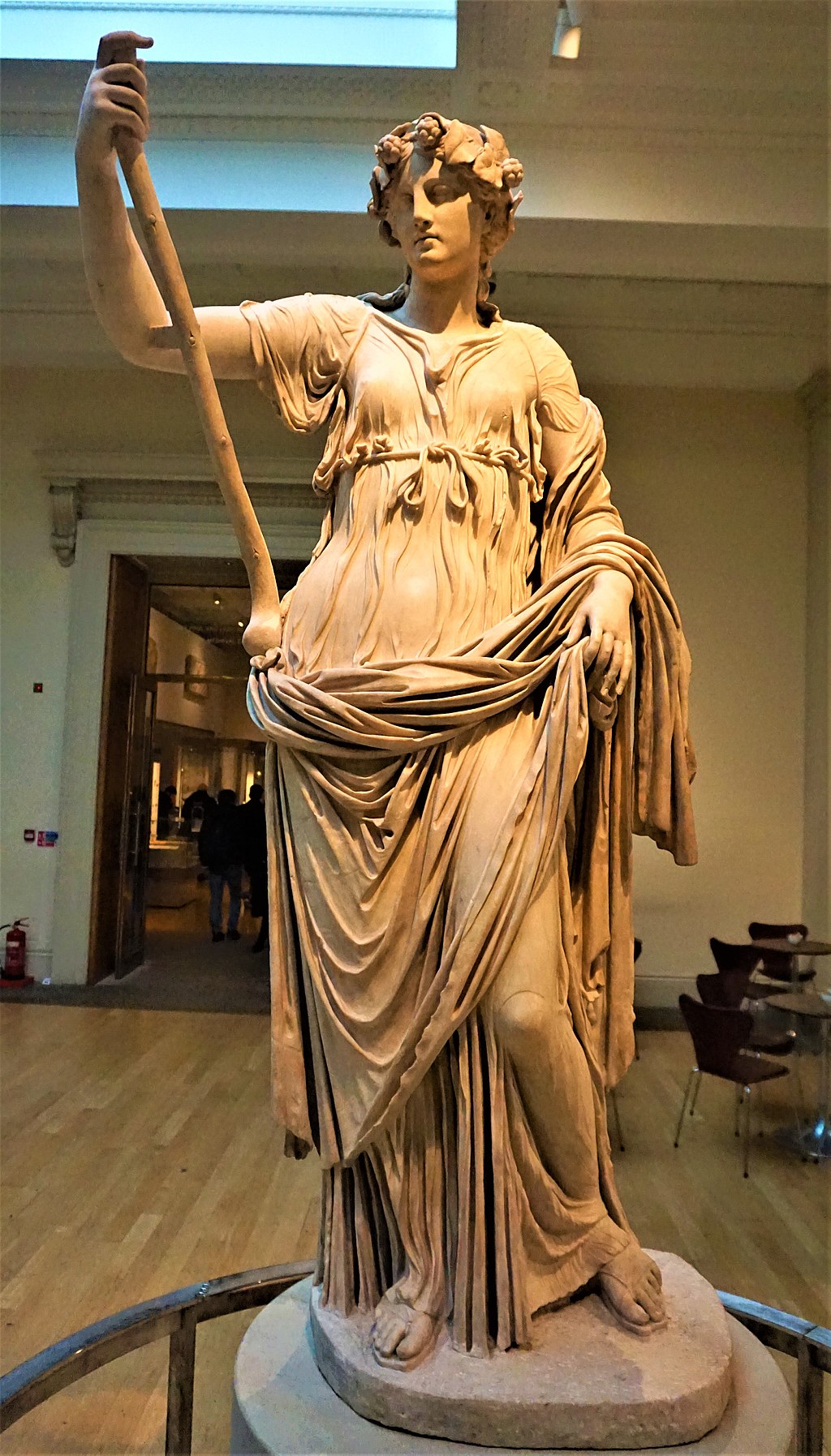 This marble statue represents Thalia, the Muse of Comedy. Thalia was the goddess who presided over comedy and idyllic poetry, and in ancient mythology, she was one of the nine Muses.

The Muses are the inspirational goddesses of literature, science, and the arts in Greek mythology.

They were considered the source of the knowledge embodied in the poetry, lyric songs, and myths that were related orally in ancient cultures.

Thalia is portrayed as a young woman with a joyous air. Her hair is encircled with a wreath of ivy leaves and buds. She holds a shepherd’s staff, which is associated with the god Pan.

She is depicted wearing a chiton (a long tunic worn in ancient Greece) and himation (a wrap worn by ancient Greeks). Her wrap has slipped from her shoulders to reveal her thinner under-garment and to accentuate her female form.

The separately carved head is ancient but does not belong to the body, which was created at a later date.

The statue was discovered in 1776 in an ancient bath building in Rome’s port city, Ostia. The figure was restored and then acquired by a leading British collector.

The Muses are the inspirational goddesses of literature, science, and the arts in Greek mythology. The Romans later adopted them as a part of their pantheon.

The earliest known records of the Nine Muses are from Boeotia, a region of ancient Greece, since before the 6th century BC. The nine muses and their domains are:

Goddess in Focus: The Muses

Homage to Muse Thalia, the Goddess of Comedy and Joy

Explore Collections of the British Museum

The Muses: Goddesses of the Arts

“There is no place for grief in a house which serves the Muse.”
– Sappho