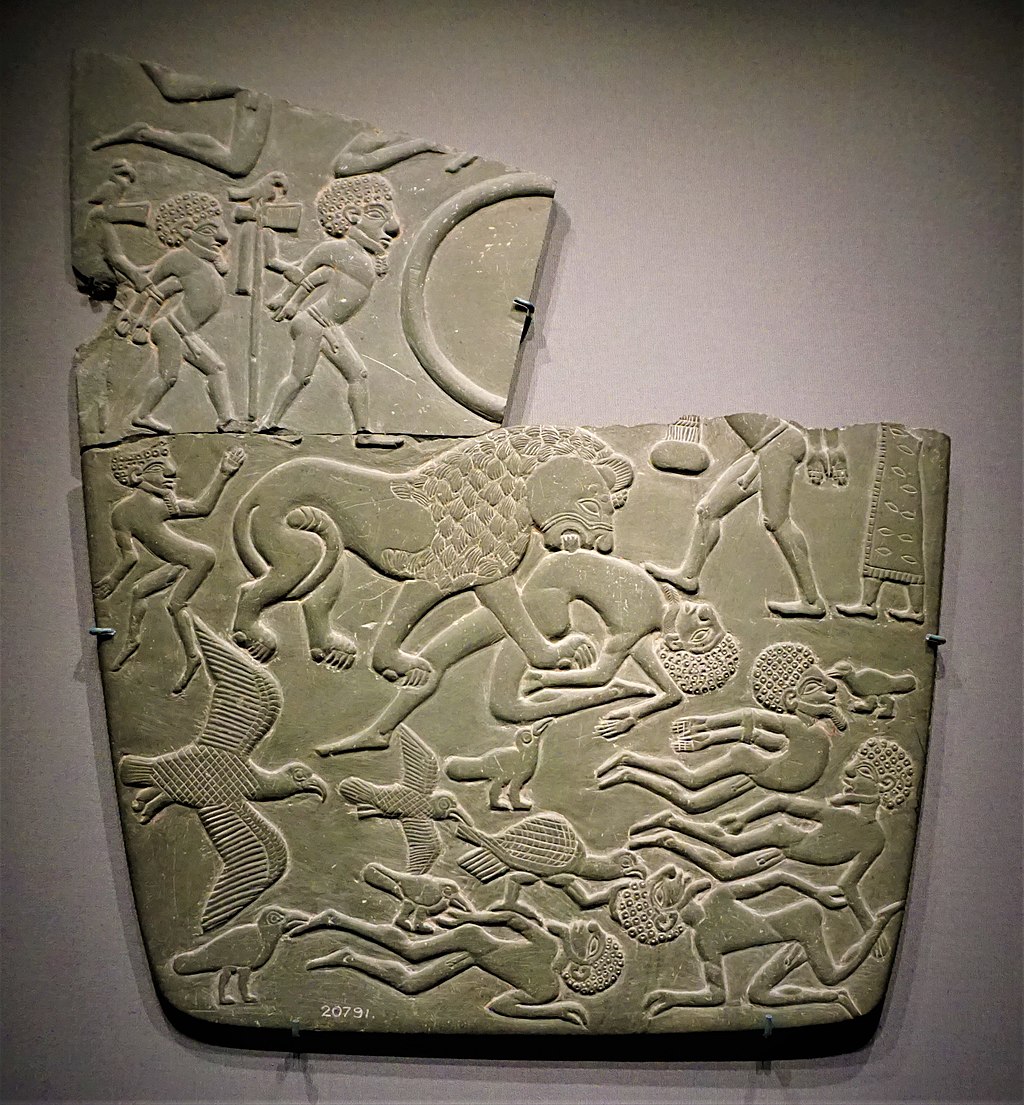 This Battlefield Palette may be the earliest battle scene representation from Ancient Egypt. Created before Egypt was united as one state under one pharaoh, a regional ruler commissioned this decorated palette to increase their influence.

It was intended for display in early rituals related to power. The Battlefield Palette depicts the aftermath of a great battle.

A lion devours a prisoner and vultures attack bound individuals and corpses. In the top left, two captives are tied to ceremonial standards topped with images that may represent gods.

The Battlefield Palette has the circular defined area for the mixing of an unknown ceremonial substance. The battlefield scene was a forerunner of hieroglyphs.

The palette is made of grey mudstone and is pictured with another fragment from the Ashmolean Museum, Oxford.

The palette is decorated on both faces with scenes in low relief, and on the reverse of the palette are two long-necked gazelles browsing on a date-palm.

Cosmetic palettes were initially used by Egyptians to grind and apply ingredients for facial or body cosmetics.

As the art and grandeur invested in palettes grew, they eventually morphed into burial tributes and then into much larger ceremonial and ritual items.

The palette was made during the Naqada III period, which was the last phase of the Naqada culture of ancient Egyptian prehistory, dating approximately from 3200 to 3000 BC.

It is the period during which the process of state formation, became highly visible, with named kings heading dominant institutionalized hierarchy.

Another historically significant battlefield palette is the Narmer Palette, which has some of the earliest hieroglyphic inscriptions ever found.

“Anyone who has ever looked into the glazed eyes of a soldier dying on the battlefield will think hard before starting a war.”
– Otto von Bismarck