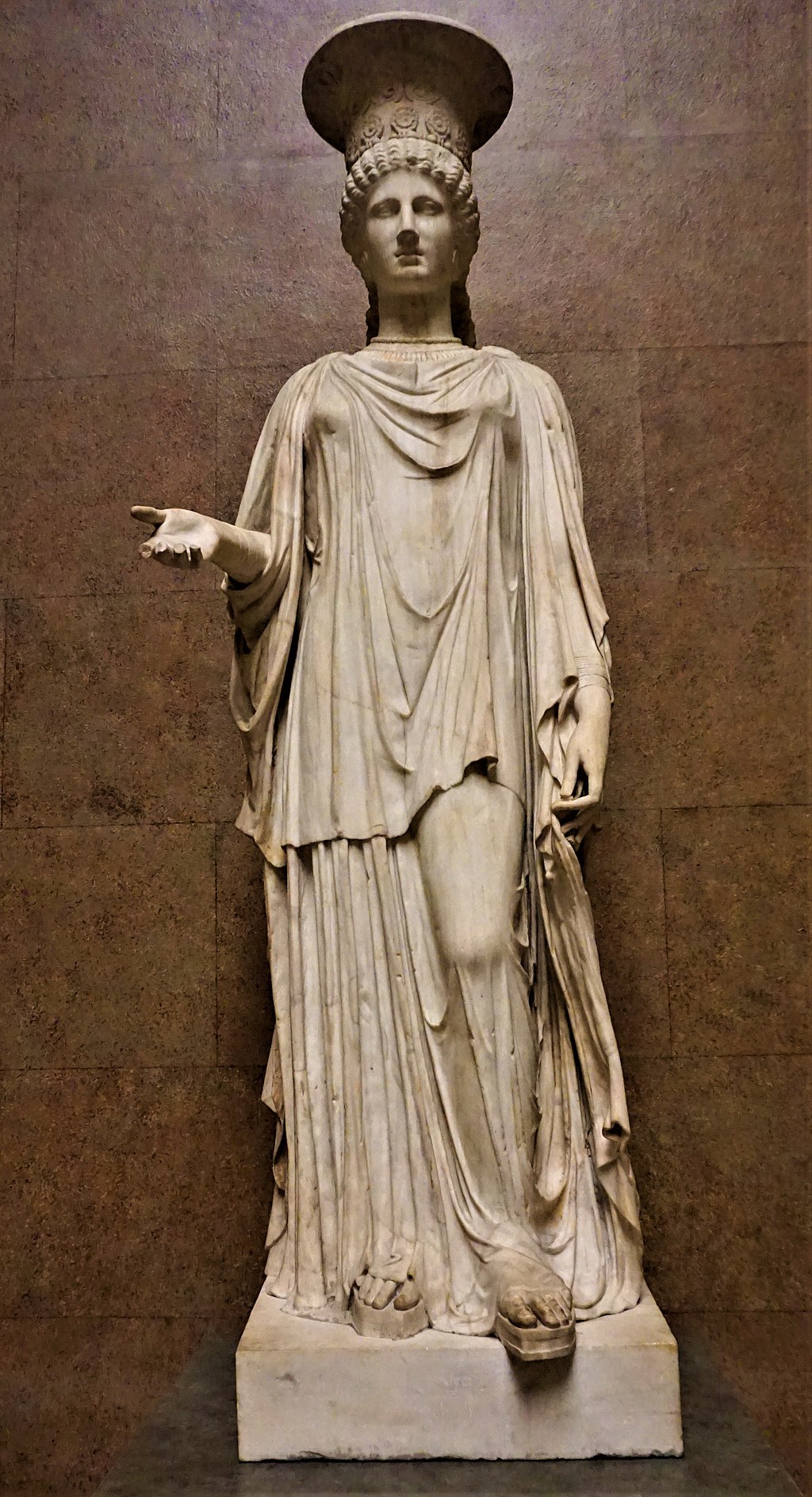 This Townley Caryatid depicts a woman with cereal motifs on her modius headdress, which is dressed to take part in religious rites, possibly fertility rites related to Demeter or Ceres.

In ancient Greek religion and mythology, Demeter is the goddess of the harvest and agriculture, who presided over grains and the fertility of the earth.

In ancient Roman religion, Ceres was a goddess of agriculture, grain crops, fertility, and motherly relationships.

The Townley Caryatid dates to the Roman era, of 140 AD, and is in the Neo-Attic style adapted from the 5th century BC Athenian artistry.

It is one of a group of five surviving caryatids found on the same site, arranged to form a colonnade in a religious sanctuary built on land fronting on the Via Appia. The sanctuary was probably dedicated to Demeter.

This statue is made from Pentelic marble from Mount Pentelicus situated northeast of Athens, Greece.

Even since antiquity,  Pentelic marble has been famous for its quality and was used for the construction of buildings on the Acropolis and other structures of ancient Athens.

The roadway used to transport marble blocks from the quarry to the Acropolis in antiquity was a continual downhill that followed the natural lay of the land.

Pentelic marble is flawless white with a uniform, faint yellow tint, which makes it shine with a golden hue under sunlight.

Today the ancient quarry is protected by modern law and used exclusively to obtain material for the Acropolis Restoration Project.

The word “marble” derives from the Ancient Greek “mármaron,” meaning “crystalline rock, shining stone,” and for Greek’s Pentelic marble held a special place and meaning as later Carrara marble was the highest quality for Roman’s and Italian artists.

Caryatid and column from the Erechtheion

Caryatid from the Erechtheion in Athens

Caryatid from the Erechtheion

“There is nothing permanent except change.”
– Heraclitus