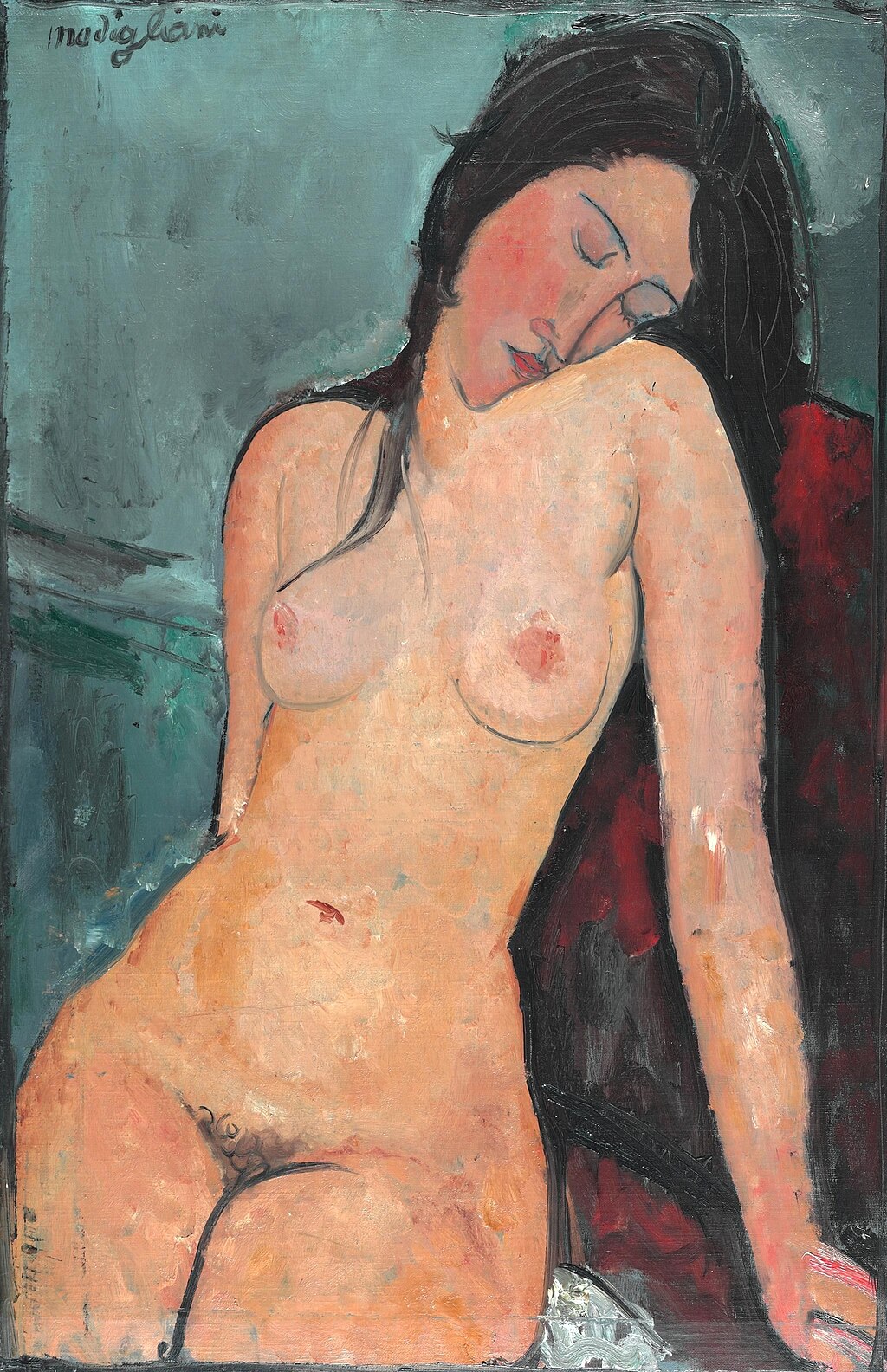 Modigliani’s dealer and friend commissioned this series of nudes, he also lent Modigliani the use of his apartment, supplied models, painting materials, and paid him for his work.

The paintings from this arrangement were different from his previous depictions of friends and lovers in that Zborowski funded them. Zborowsk commissioned the art either for his collection or with an eye to their commercial potential.

A crowd formed outside the gallery window, where one of the nudes was openly on display and police demanded the immediate closure of the exhibition. Ultimately, Modigliani’s nudes reaffirm and reinvigorate the nude as a subject of modernist art.

His main subject was portraits and full figures of humans, both in the images and in sculptures. Later he painted the human figure almost exclusively and created many reclining female nudes. During his life, Amedeo Modigliani had little success and died aged 35 in Paris.