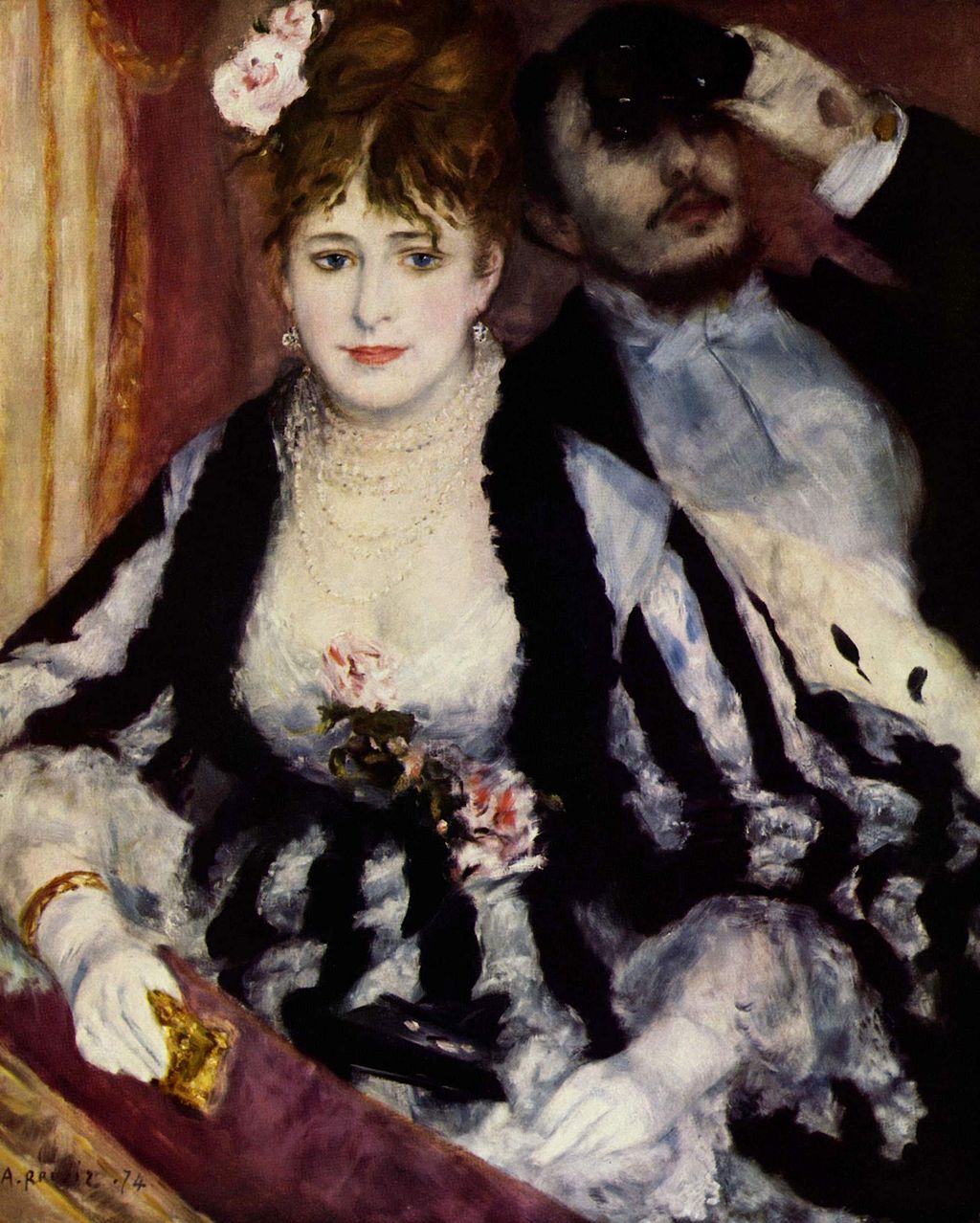 “The Theater Box” by Pierre-Auguste Renoir

The theater in Paris at the time of this painting was a rapidly expanding form of entertainment and culture.

The theater was a prominent place to meet people and to be seen. Wealth and fashion were on parade. In this painting, Renoir focused upon the theater scene as a social stage where status and relationships were on public display.

Central to this painting is the blue eyes of the elegantly dressed woman. She has lowered her opera glasses, revealing herself to the audience.

The gentleman is hidden by his over-sized opera glasses, focusing his gaze elsewhere.

The models for this painting were Renoir’s brother Edmund and Nini Lopez, a model from Montmartre.

Edmund wears formal attire, which was typical of the gentlemen’s evening attire worn for the theaters. Nini models a fashionable ensemble that was worn for the opening night performances.

Renoir’s paintings are notable for their light and color, and the warm sensuality of Renoir’s style made his paintings some of the most famous works in the history of art.

As a celebrator of beauty and especially feminine sensuality. He was a prolific artist, having created several thousand paintings.

The warm sensuality of Renoir’s style made his paintings some of the most well-known and often reproduced works in the history of art.

Renoir at the Theatre: Looking at La Loge