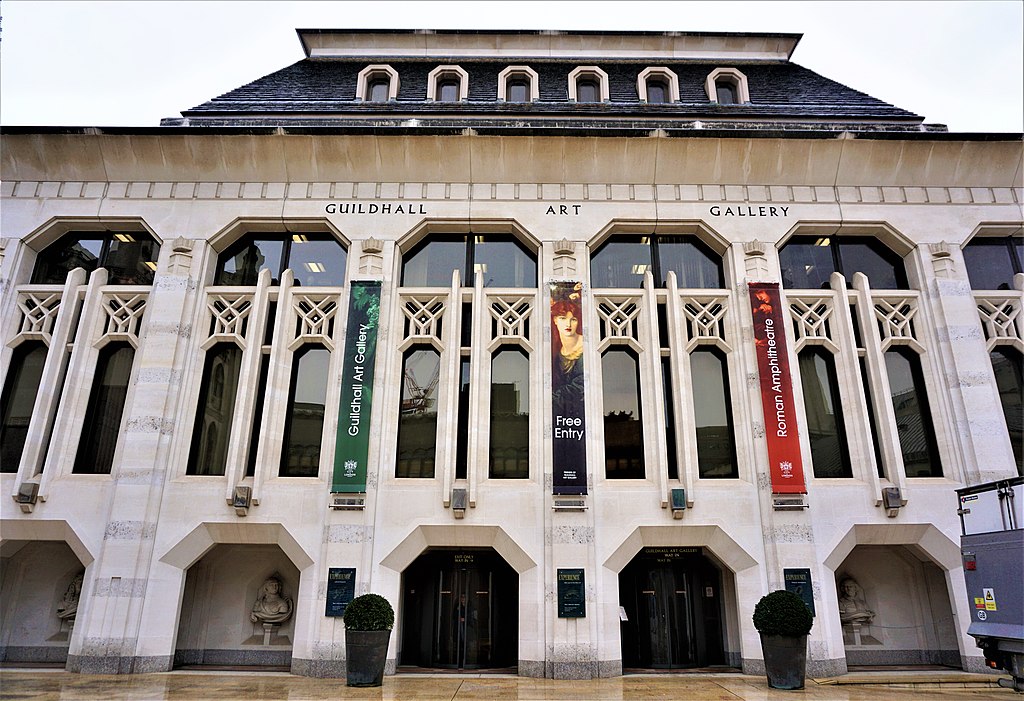 The Guildhall Art Gallery houses the art collection of the City of London, England. The gallery was initially built in 1885 to house art collections from the City of London Corporation. Today it occupies a building that was completed in 1999 to replace an earlier structure that was destroyed in The Blitz in 1941. It is a stone building in a semi-gothic style intended to be sympathetic to the historic Guildhall, which is adjacent.

The Guildhall Art Gallery collection consists of about 4,000 works, of which around 250 are on display at any one time. Many of the paintings are of London themes. There is also a significant collection of Victorian-era art, including Pre-Raphaelites, which features paintings by artists such as John Everett Millais, Dante Gabriel Rossetti, Abraham Solomon, Edward John Poynter, and Edwin Landseer.

The Guildhall complex was built on the site of London’s first Roman amphitheater. Some of the remains of this are displayed in its actual place in the basement of the art gallery. The Roman Amphitheatre ruins were discovered in 1985.