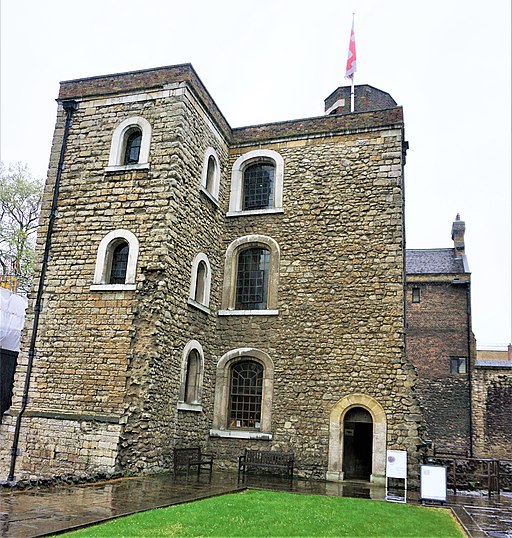 The Jewel Tower is from the 14th-century and was part of the Royal Palace of Westminster, in London. It was built starting in 1365 to house the personal treasure of Edward III.

The tower is a three-story stone building which occupied a secluded part of the palace and was protected by a moat linked to the River Thames.

The tower continued to be used for the monarch’s treasure and personal possessions until 1512, when a fire in the Palace of Westminster caused Henry VIII to move his court to Whitehall.

At the end of the 16th century, the House of Lords began to use the tower to store its parliamentary records, building a house next to it for the use of the parliamentary clerk, and extensive improvements followed in 1621. 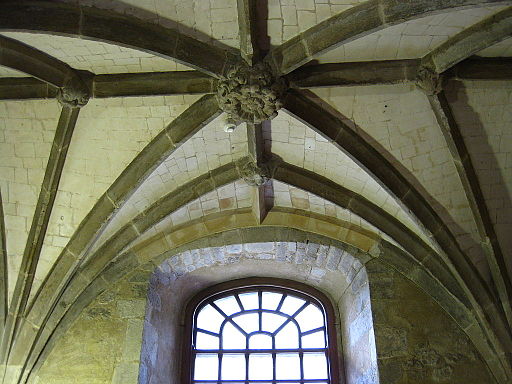 The vaulted ceiling on the ground floor

The tower continued as the Lords’ records office through the 18th century, and several sets of renovations and building work were carried out to improve its fire-proofing and comfort, creating the current appearance of the tower.

In 1834, the tower was one of only four buildings to survive a destructive fire in Westminster, and in the aftermath, the records were moved to a new, purpose-built archive.

The Jewel Tower was taken over by the newly formed Standard Weights and Measures Department in 1869, who used it for storing and testing official weights and measures until 1938.

Several archaeological investigations into the tower were carried out in the post-war period.

Archaeologists have recovered over 400 objects associated with the tower, and various Delftware drinking jars and an Iron Age sword are displayed inside, along with a set of ancient capitals originating from the Westminster Hall of the 1090s. 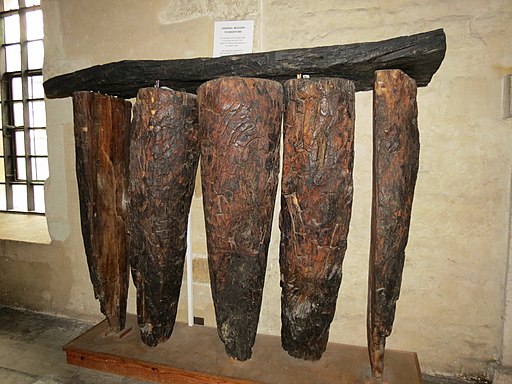 Today the Jewel Tower, Westminster is a rare museum of medieval architecture.

Highlights of the Jewel Tower

Map for the Jewel Tower, London

“Be like a solid tower whose brave height remains unmoved by all the winds that blow;
the person who lets their thoughts be turned aside by one thing or another will lose sight of their true goal,
their mind sapped of its strength.”
– Dante Alighieri