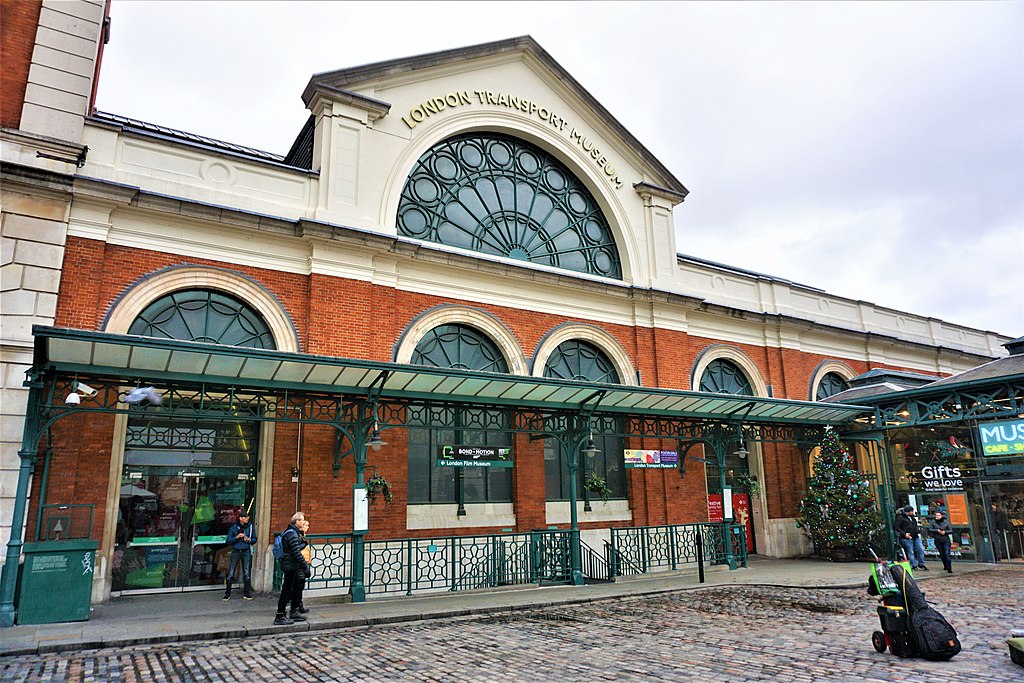 The London Transport Museum, based in Covent Garden, London, conserves and exhibits the transport heritage of Britain’s capital city. The museum’s exhibits cover all aspects of transportation in the city. The museum operates from two sites within London. The central location in Covent Garden. The other site, located in Acton, is known as the London Transport Museum Depot and is principally a storage site that is open on regular visitor days throughout the year.

The museum’s central facility is located in a Victorian iron and glass building that had formed part of the Covent Garden vegetable, fruit and flower market. The market moved out in 1971, and the London Transport Museum in 1980 occupied the building. The entrance to the museum is from the Covent Garden Piazza and is within walking distance from both Covent Garden Underground station and Charing Cross railway station.

The museum displays many examples of buses, trams, trolleybuses, and rail vehicles from the 19th and 20th centuries as well as artifacts and exhibits related to the operation and marketing of passenger services and the impact that the developing transport network has had on the city and its population. The larger displays held at Acton depot include a complete 1938 stock tube train as well as early locomotives from the first sub-surface and first deep-level lines.

Highlights of the London Transport Museum