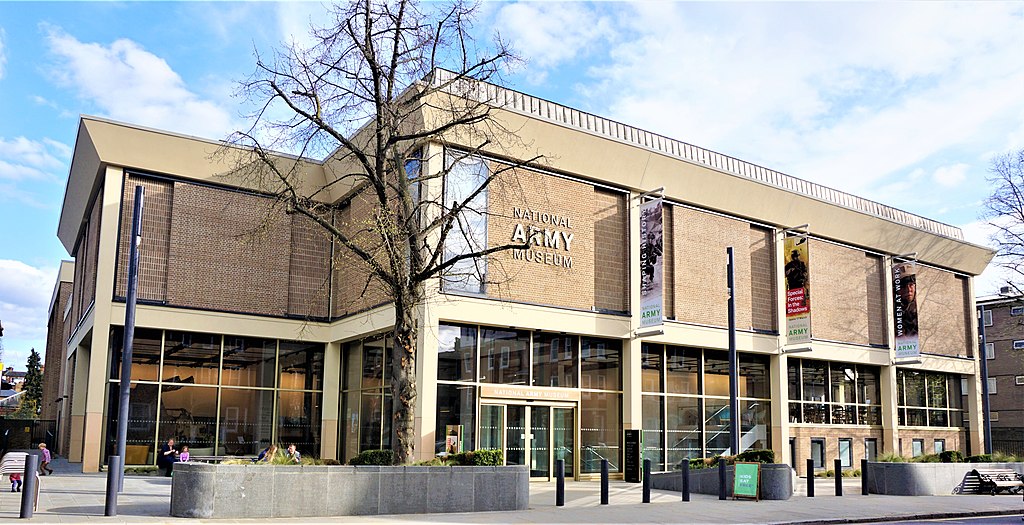 The National Army Museum is the British Army’s central museum. It is located adjacent to the Royal Hospital Chelsea, the home of the “Chelsea Pensioners.”

The museum houses five galleries that cover British military history from the English Civil War up to the modern-day.

The museum focuses on the overall history of British land forces, unlike other military museums in the United Kingdom, which concentrate on the history of individual corps and regiments of the British Army.

The National Army Museum was established by Royal Charter in 1960 to collect, preserve, and to exhibit objects and records relating to the forces of the British Army and the Commonwealth and to encourage research into their history and traditions.

The new purpose-built building, designed in brutalist style on a site which had previously formed part of the old infirmary of the Royal Hospital Chelsea, was opened by the Queen in 1971. 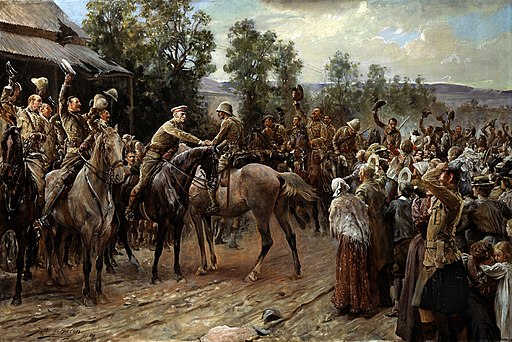 The Relief of Ladysmith by John Henry Frederick Bacon, 1900

The evolution of the Army’s uniforms 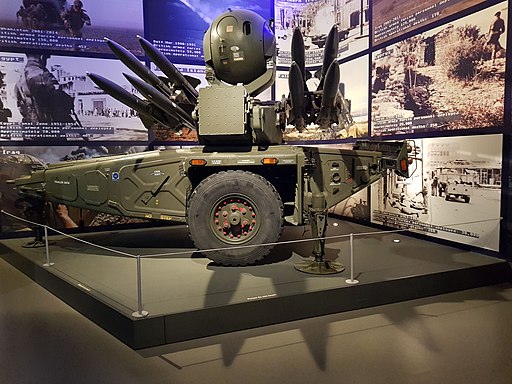 “Commanders and senior officers should die with troops. The honor of the British Empire and the British Army is at stake.”
– Lord Randolph Churchill