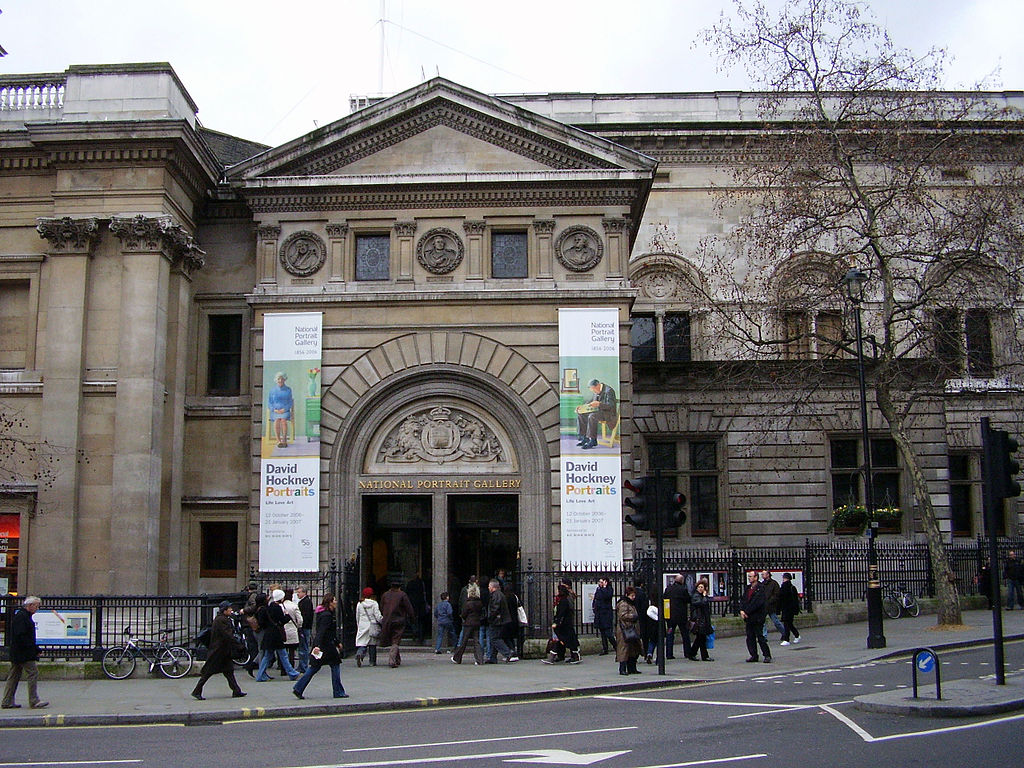 It was the first portrait gallery in the world, established in 1856.

Since then, it has expanded include regional centers at Beningbrough Hall in Yorkshire and Montacute House in Somerset.

The Tudors with 16th Century Curator

“The Chandos Portrait of William Shakespeare” by John Taylor

“The Chandos Portrait of William Shakespeare” is believed to depict Shakespeare (1564–1616), because the engraved portrait of Shakespeare, on the title page of the first publication of his works, shows distinct similarities when compared to this painting.

It has not been possible to determine with certainty who painted the portrait, nor whether it depicts Shakespeare.

Elizabeth I of England

This portrait of Elizabeth I of England in her coronation robes shows the Queen crowned, wearing the cloth of gold for her coronation and holding the symbols of her authority, the orb and scepter.

The date of her accession on 15th January 1559 was a day of celebration, with tournaments and the ringing of bells in parishes across England.

Queen Mary I, previously wore the cloth of gold in this portrait, and the order to the Queen’s tailor for the remodeling of Queen Mary I’s fabric of gold coronation robes for Elizabeth survives.

The painting reflects the written records. However, it is not known why, and for whom, these portraits were created, at or just after the end of the reign in 1603.

This portrait of King Edward VI of England shows Edward in a wide-legged pose that mimics his father Henry VIII’s famous pictures where he stands with his feet and hands similarly positioned.

The portrait was started when Edward was a prince and completed after he became King with the addition of his coat of arms in the top left.

It was during Edward’s reign that Protestantism was established in England with reforms that included the abolition of clerical celibacy and the Mass and the imposition of compulsory services in English.

Rosetti would go on to become the founder of a new artistic and poetic movement, the Pre-Raphaelite Brotherhood.

Frederick Sleigh Roberts (1832 – 1914) was born in India and joined the East India Company Army and served as an officer in the Indian Rebellion, during which he won a Victoria Cross for gallantry.

He was then transferred to the British Army and fought in Abyssinia and in the Second Anglo-Afghan War, in which his exploits earned him widespread fame. Roberts served as the Commander-in-Chief, India, before leading British Forces in the Second Boer War.

Roberts became a symbol for the British Army and became an influential proponent of the increasing threat that the German Empire posed to Britain in the lead up to the First World War.

The Stuarts with 17th Century Curator

The Victorians with 19th Century Curator