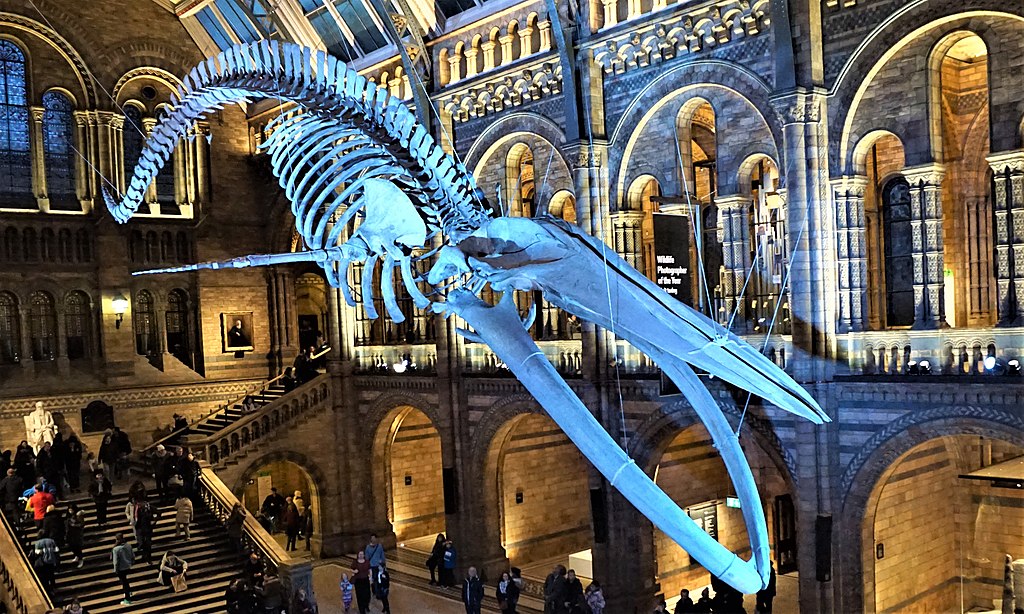 This skeleton of a Blue Whale represents the largest animal known to have ever existed and yet one that feeds on only the smallest animals. Its diet consists almost exclusively of small crustaceans known as krill.

This female Blue Whale skeleton has been named Hope by the museum as a symbol of humanity’s power to shape a sustainable future. It is one of the first species that humans decided to save on a global scale.

Consisting of 221 bones, it is hung in the exact diving lunge feeding position.

This marine mammal can grow up to 29.9 meters (98 ft) in length and with the most significant recorded weight of 173 tonnes (190 short tons).

Long and slender, the blue whale’s body is various shades of bluish-grey dorsally and somewhat lighter color underneath.

Blue whales were abundant in nearly all the oceans on Earth until the beginning of the twentieth century. For over a century, they were hunted almost to extinction by whalers until protected by the international community in 1966.

A Tour of the Natural History Museum, London

A Tour of London’s Museums and Heritage Sites