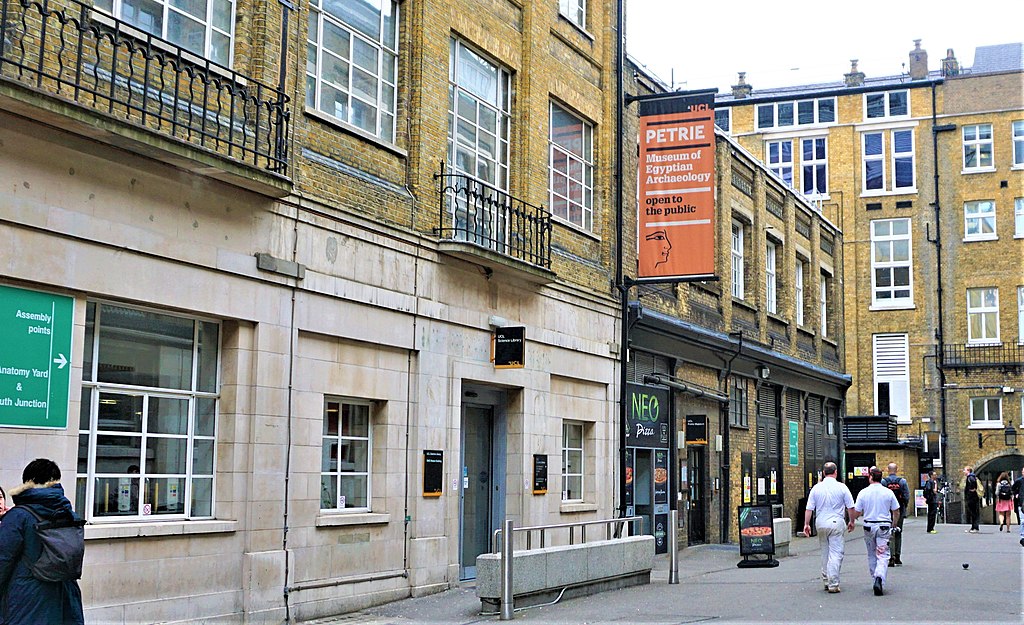 The museum is split into three galleries, with the main gallery containing many of the museum’s small artifacts, as well as tablets of writing and mummy portraits and cases. Another gallery contains mainly pottery. The third is along a stairwell.

Highlights of the Petrie Museum of Egyptian Archaeology

“The only thing that is humiliating is helplessness.”
– Egyptian Quotes