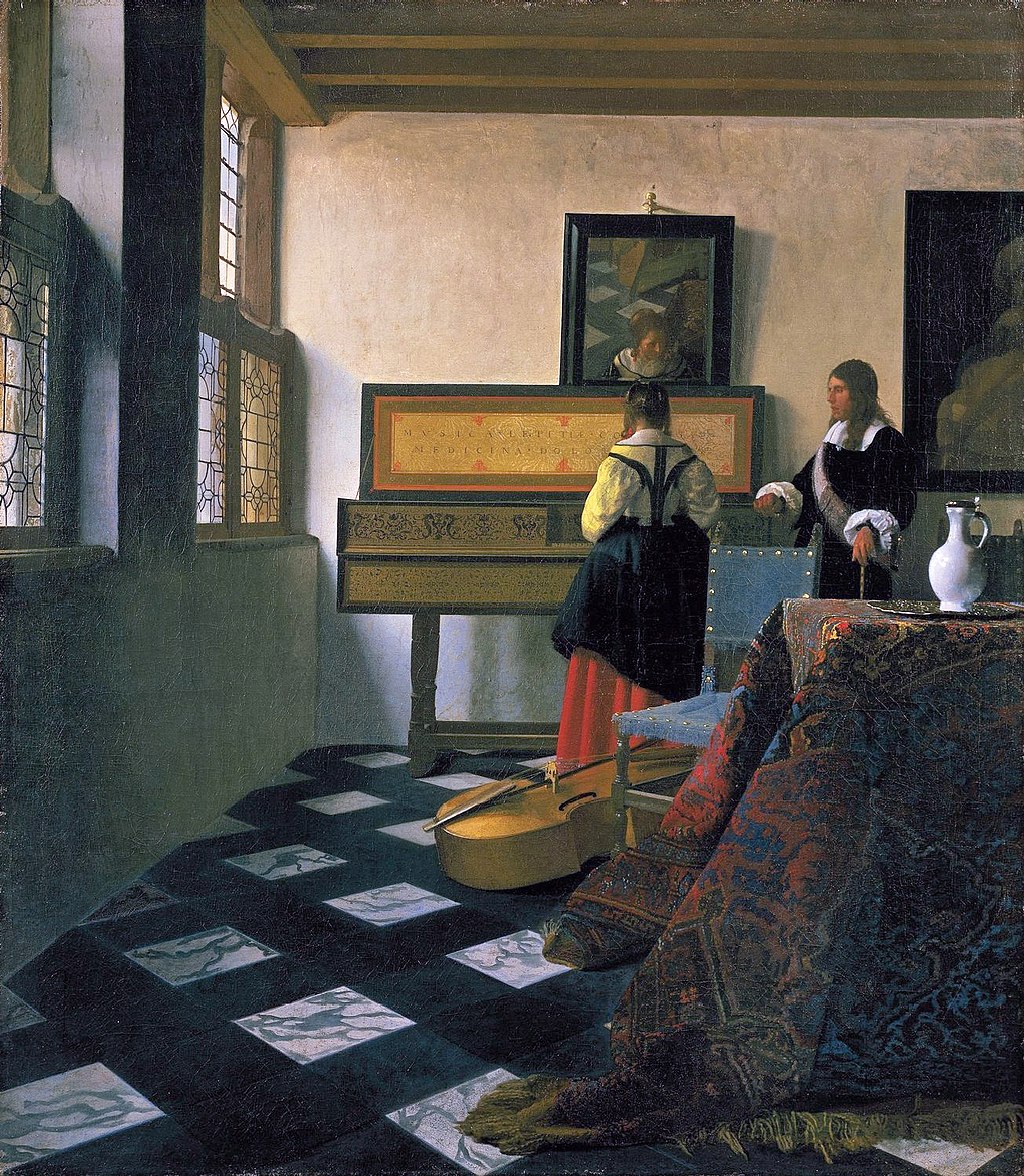 “Lady at the Virginal with a Gentleman” by Johannes Vermeer

Their relationship is no precise or clear from this painting. The composition uses perspective to draw the eye towards the figures who are in front of the virginal.

The composition is dominated by the covered table, the chair, and the bass violin the foreground. The light through the windows fills the room, casting soft, subtle shadows.

The composition includes a mirror on the wall where the blurred reflections have the young woman’s face, part of the table, and the legs of an artist’s easel. Adding to the mystery, the inscription on the lid of the virginal reads:

‘Music is a companion in pleasure and a balm in sorrow.’

Lady at the Virginal with a Gentleman

A Tour of the Queen’s Gallery and the Royal Collection

“Thanks to art, instead of seeing one world, our own, we see it multiplied, and as many original artists as there are, so many worlds are at our disposal, differing more widely from each other than those which roll around the infinite and which, whether their name be Rembrandt or Vermeer, send us their unique rays many centuries after the hearth from which they emanate is extinguished.”
– Marcel Proust