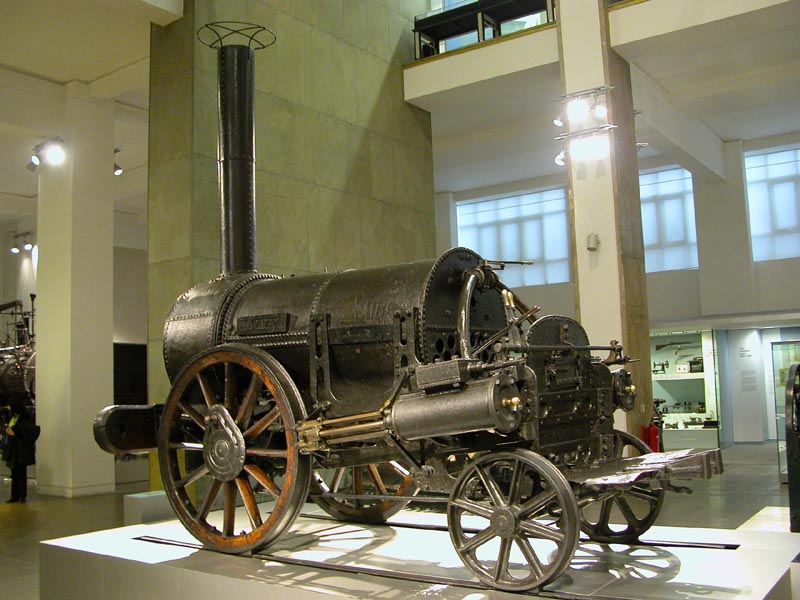 Stephenson’s Rocket was an early steam locomotive, built for the Rainhill Trials held by the Liverpool & Manchester Railway in 1829 to choose the best design to power the railway.

The Rocket designed by Robert Stephenson won the trials, and although it was not the first steam locomotive, it was the most advanced locomotive of its day.

It is a famous example of the evolving design of locomotives that became the template for most steam engines in the following 150 years.

The locomotive had a tall smokestack chimney, a cylindrical boiler, and a separate firebox at the rear. The large front pair of wooden wheels was driven by two external cylinders set at an angle.

The smaller rear wheels were not coupled to the driving wheels.

The Rocket served on the Liverpool and Manchester Railway, from 1830 to 1834, and was later used between 1836 and 1840 on Lord Carlisle’s Railway near Brampton, in Cumbria, England.