Shakespeare’s Globe is a reconstruction of the Globe Theater, an Elizabethan playhouse associated with William Shakespeare. The original theater was built in 1599, destroyed by fire in 1613, rebuilt in 1614, and then demolished in 1644.

The modern Globe Theater reconstruction is an approximation based on available evidence of the 1599 and 1614 buildings.  The current theater is located about 230 meters (750 ft) from the original site, measured from center to center.

Shakespeare’s Globe was built close to the site of the original theater and opened to the public in 1997. There is also an exhibition about Shakespeare’s life and work.

Replicas and free interpretations of the Globe have been built around the world; however, this is the closest to the original location where William Shakespeare’s plays were first presented.

The Thames was much broader in Shakespeare’s time, and the original Globe was on the riverbank. However, that site is now far from the river, and the river-side location for the reconstructed Globe was chosen to recreate the atmosphere of the original theater.

Like the original Globe, the modern theater has a thrust stage that projects into a large circular yard surrounded by three tiers of raked seating.

The only covered parts of the theater are the stage and the seating areas. Plays are staged during the summer, usually between May and October. Tours are available all year round.

Highlights of the Shakespeare’s Globe 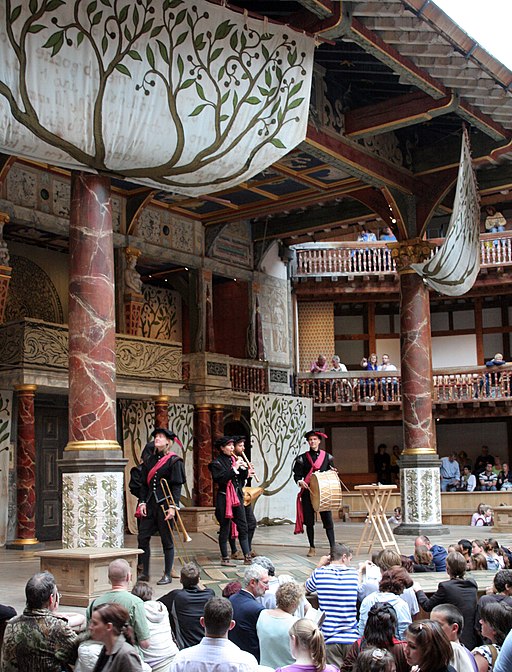 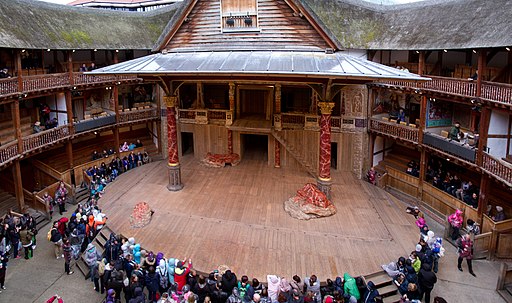 “All that glitters is not gold”
– William Shakespeare