The Sherlock Holmes Museum is dedicated to the famous fictional detective Sherlock Holmes. Situated in Baker Street, bearing the number 221B by permission of the City of Westminster, although it lies between numbers 237 and 241.

The Georgian townhouse which the museum occupies was formerly used as a boarding house during the period of 1881 to 1904 when the stories that describe Sherlock Holmes and Doctor Watson residing at that approximate location as tenants of Mrs. Hudson. 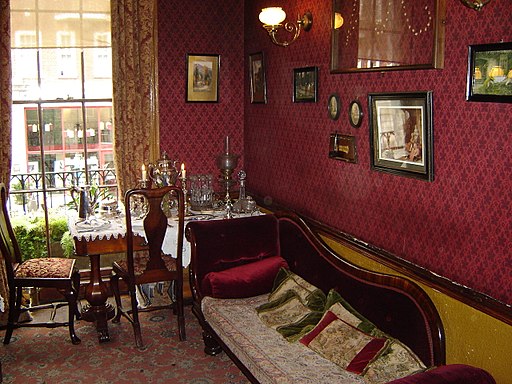 Highlights of the Sherlock Holmes Museum 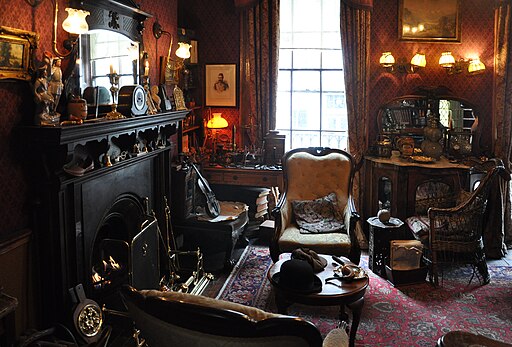 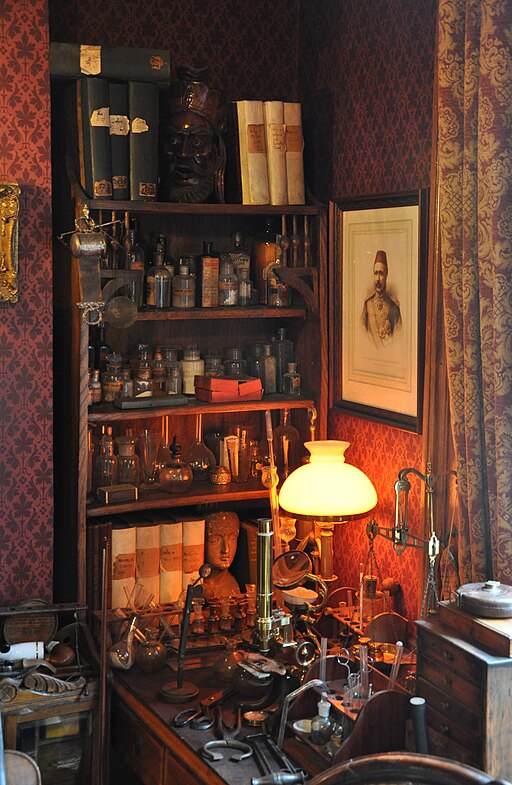 “Good heavens, Watson, what has become of any brains that God has given me? Quick, man, quick! It’s life or death—a hundred chances on death to one on life.”  – The Disappearance of Lady Frances Carfax

“Education never ends, Watson. It is a series of lessons with the greatest for the last.” – The Red Circle

“You see, but you do not observe. The distinction is clear.” – A Scandal in Bohemia

“I should prefer that you do not mention my name at all in connection with this case, as I choose to be only associated with those crimes which present some difficulty in their solution.” – The Cardboard Box

“I make a point of never having any prejudices, and of following docilely where fact may lead me.” – The Reigate Squires

“I never guess. It is a shocking habit — destructive to the logical faculty.” – The Sign of the Four

“His ignorance was as remarkable as his knowledge.” – A Study in Scarlet

“The world is full of obvious things which nobody by any chance ever observes.” – The Hound of the Baskervilles

“It is, of course, a trifle, but there is nothing so important as trifles.” – The Man with the Twisted Lip

“My name is Sherlock Holmes. It is my business to know what other people don’t know.” – The Adventure of the Blue Carbuncle

“Nothing clears up a case so much as stating it to another person.” – Silver Blaze

“How often have I said that when you have excluded the impossible whatever remains,
however improbable, must be the truth.”
– Sherlock Holmes