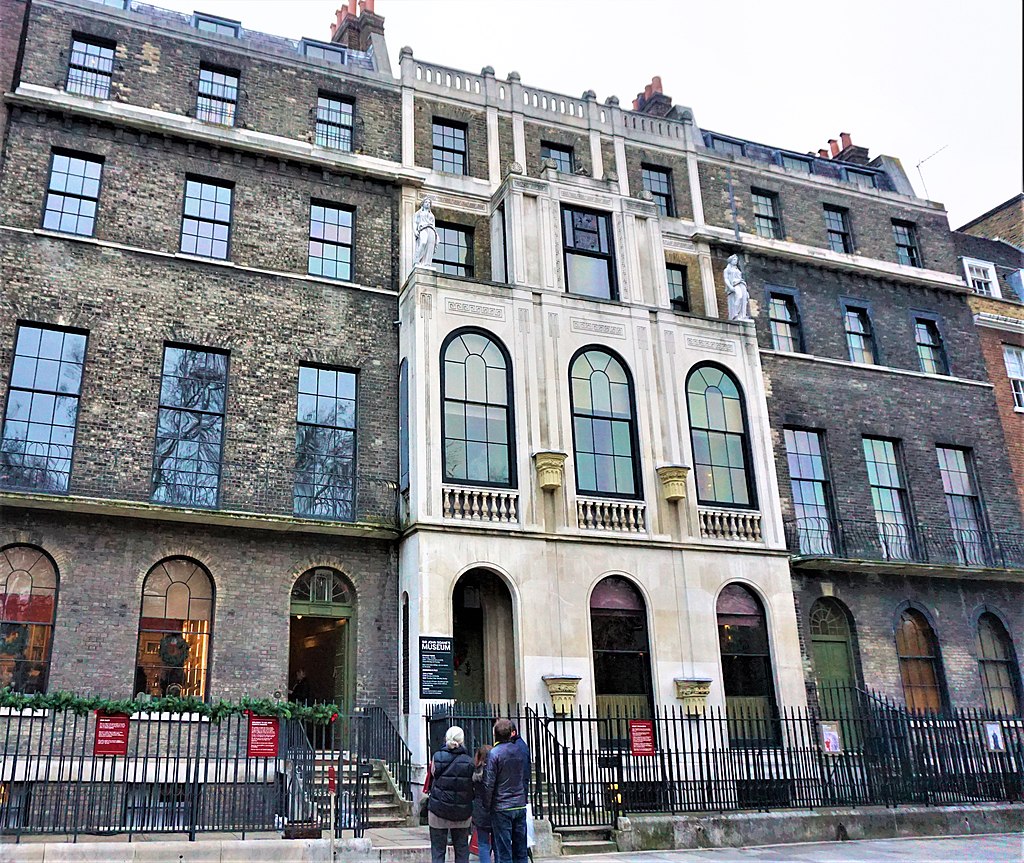 The Sir John Soane’s Museum is a house museum that was formerly the home of the neo-classical architect John Soane. It holds drawings and models of Soane’s projects and his collections of paintings, drawings, and antiquities.

Soane developed his house by demolishing and rebuilding three houses in succession on the north side of Lincoln’s Inn Fields.

In 1808–09, Soane constructed his drawing office and “museum” on the site of the former stable block at the back.

In 1812 he rebuilt the front part of the site, adding a projecting Portland Stone façade to the basement, ground and first floor levels, and the center bay of the second floor.

After completing No.13, Soane set about treating the building as an architectural laboratory, continually remodeling the interiors.

The front central part of this third house was treated as a separate dwelling and let as an investment; it was not internally connected to the other buildings.

When he died, No. 14 was bequeathed to his family and passed out of the museum’s ownership. 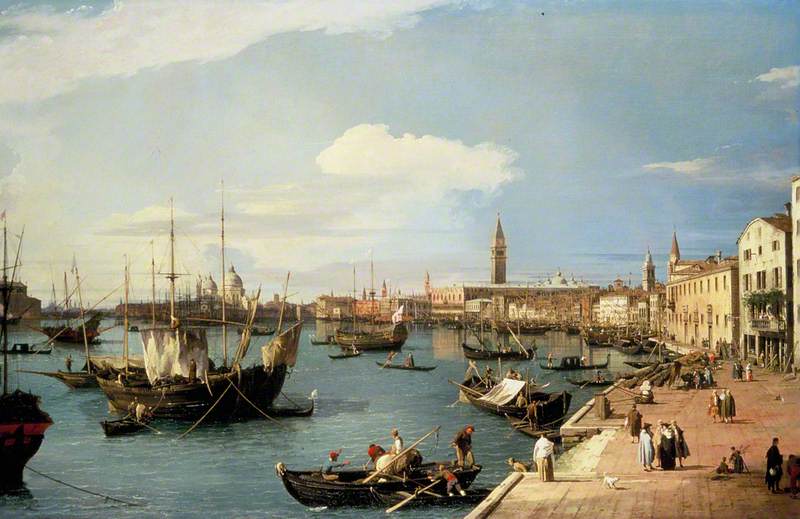 A Private Act of Parliament

The museum was established during Soane’s lifetime by a Private Act of Parliament in 1833, which took effect on Soane’s death in 1837.

The Act of Parliament was necessary because Sir John had a living direct male heir, his son George, with whom he had had a lifelong feud due to George’s debts, refusal to engage in a trade, and his marriage, of which Sir John disapproved.

His son also wrote an anonymous article for the Sunday papers about Sir John, which was highly defamatory.

Since under inheritance law, George would have been able to lay claim to Sir John’s property on his death, Sir John engaged in a lengthy parliamentary campaign to disinherit his son via a private Act.

The Soane Museum Act was passed in April 1833 and stipulated that on Soane’s death, his house and collections would move into the care of a Board of Trustees, on behalf of the nation.

The Act required that No. 13 be maintained “as nearly as possible” as it was left at the time of Soane’s death, and that has mostly been done.

During 1890 the rear rooms of No. 12 were connected to the museum in No. 13. and since 1995, the ‘Soane Gallery’ for temporary exhibitions was established.

The museum’s trustees remained utterly independent, relying only on Soane’s original endowment, until 1947. After 1947, the museum has been receiving an annual Grant-in-Aid from the British Government. 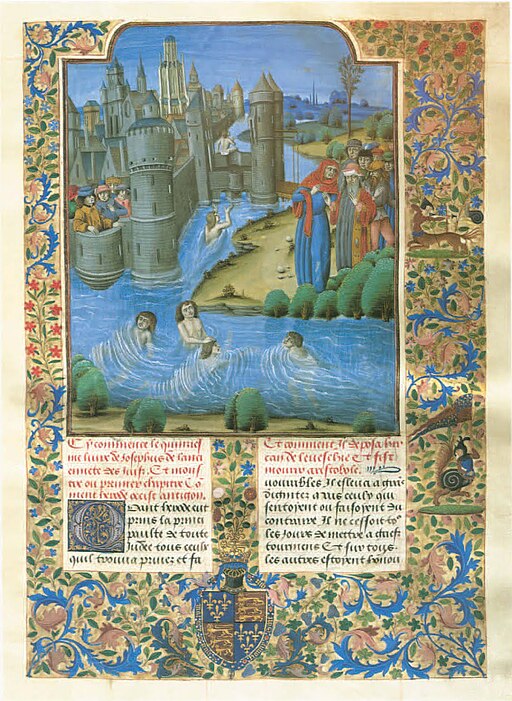 The Murder of Aristobulus III, miniature taken from an edition of Jewish Antiquities and Jewish War by Flavius Josephus

A siege of the fifteenth century, from a manuscript belonging to Edward IV, 15th century