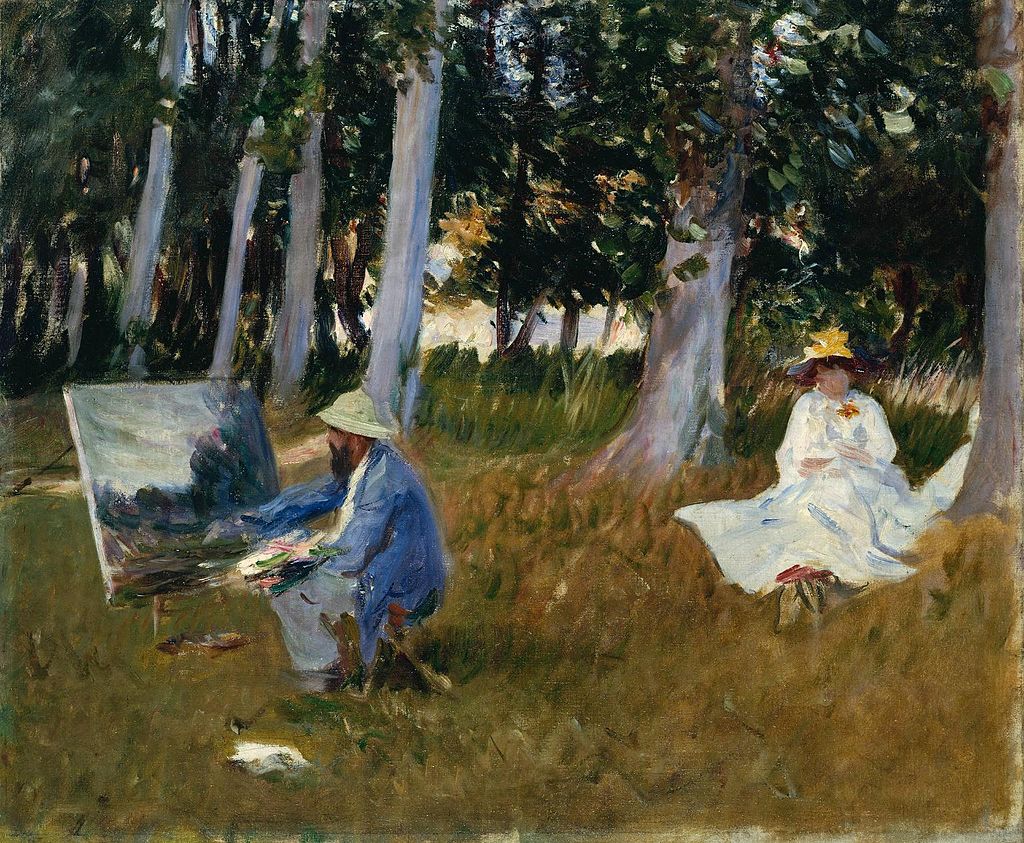 “Claude Monet Painting by the Edge of a Wood” by John Singer Sargent shows the famous impressionist master Claude Monet at Giverny, together with Alice Hoschedé, whom Monet had befriended and who was to become his second wife.

Monet is sitting at an easel painting a landscape outdoors, doing what he advocated, painting directly from nature.

This painting demonstrates Sargent’s spontaneous technique and brushwork in rendering figures and landscapes.

Sargent is usually not thought of as an Impressionist painter, but he sometimes used impressionistic techniques to significant effect.

This sketch of Claude Monet remained with Sargent all his life and was in his studio when Sargent died, along with several works by Monet.

He created over 900 oil paintings and more than 2,000 watercolors, as well as multiple sketches and drawings.

He also traveled extensively across Europe, the Middle East, and the United States.

Claude Monet Painting by the Edge of a Wood

“Cultivate an ever-continuous power of observation. Wherever you are, be always ready to make slight notes of postures, groups, and incidents.”
– John Singer Sargent