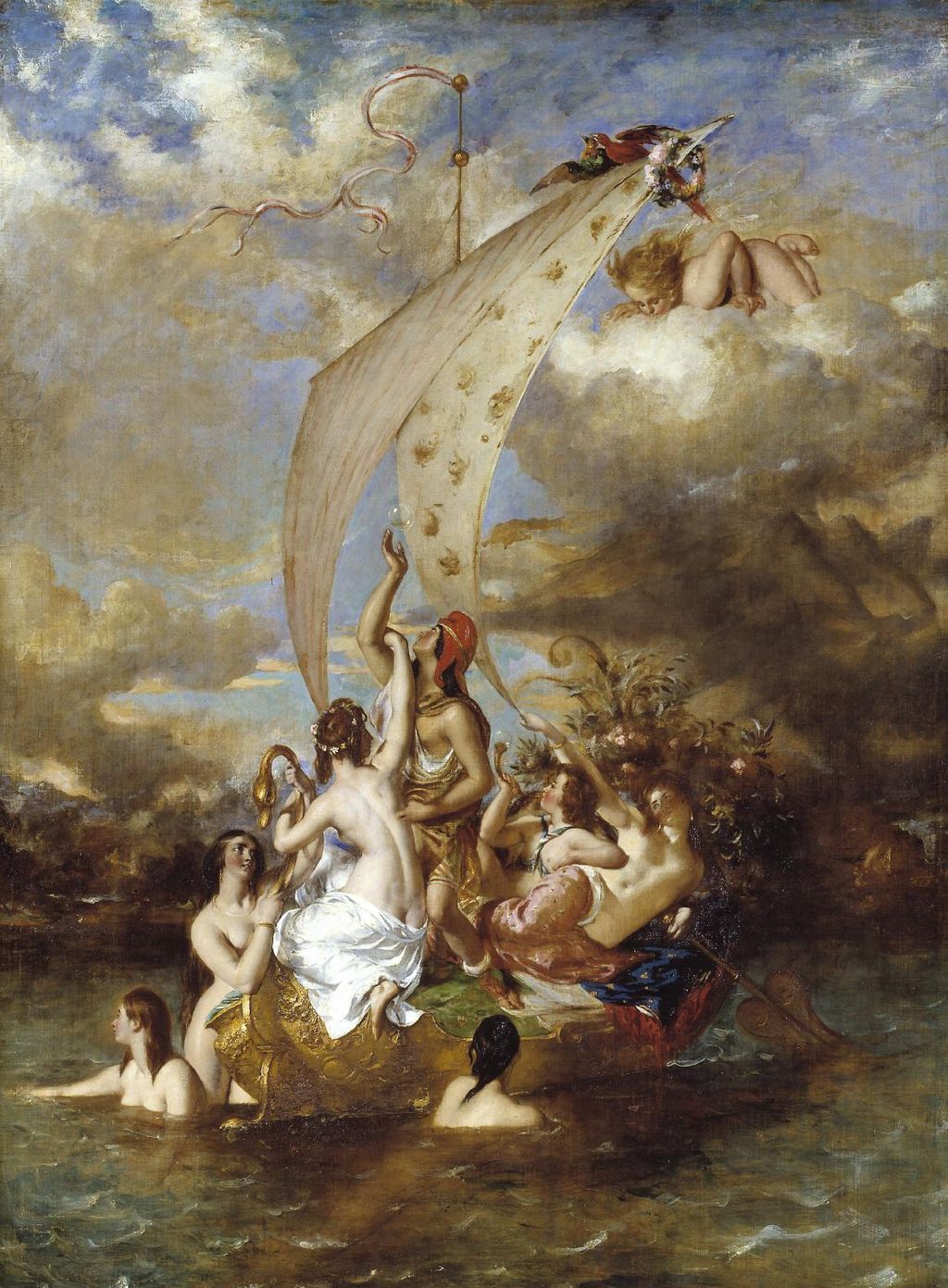 “Youth on the Prow, and Pleasure at the Helm” by William Etty

“Youth on the Prow, and Pleasure at the Helm” by William Etty was inspired by a metaphor in Thomas Gray’s poem “The Bard”. In the poem, the rule of a monarch was compared to a gilded ship whose occupants are unaware of an approaching storm. Etty chose to illustrate the metaphor by depicting a golden boat filled with and surrounded by nude and near-nude figures.

The nude figure above the boat representing the Greek mythological Zephyrus. The personification of the west wind, blowing on the sails. Another nude representing Pleasure, lies on a large bouquet, loosely holding the helm of the boat and allowing Zephyr’s breeze to dictate its course. The naked figures were intended to express the themes of sexual appetites entrapping innocent youth, and the sexual power women hold over men.

Meanwhile, a dark whirlwind is forming on the horizon, with a demonic figure within the storm clouds. Unfortunately, deterioration and restoration mean that the demonic figure is now barely visible. Etty was hoping to create:

“a general allegory of Human Life, its empty, vain pleasures “

While Etty felt that the work conveyed a clear moral warning about the pursuit of pleasure, his audiences of the time found it hard to understand. His use of nude figures led some critics to consider the work tasteless and offensive.

William Etty was best known for his history paintings containing nude figures. He was the first significant British painter of nudes and still life. Etty earned respect at the Royal Academy of Arts for his ability to paint realistic flesh tones. As a shy man, Etty rarely socialised and never married, and while he was Methodist, he was also deeply attached to the Roman Catholic Church.

Youth on the Prow, and Pleasure at the Helm

A Tour of the Tate Britain