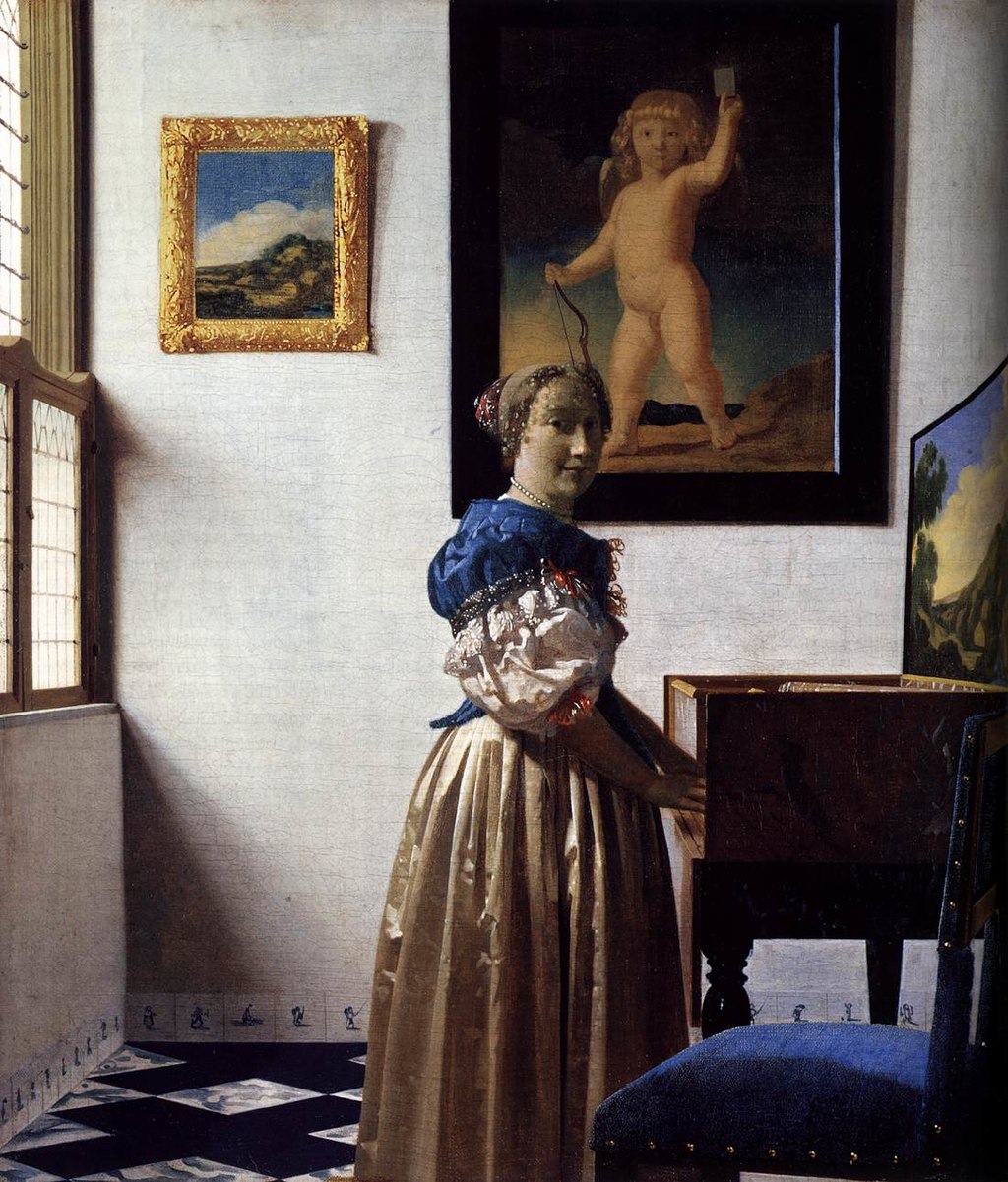 “A Young Woman standing at a Virginal” by Johannes Vermeer

“A Young Woman standing at a Virginal” by Johannes Vermeer depicts a richly dressed woman playing the virginal. A virginal was a keyboard instrument of the harpsichord family, which was popular in Europe during the late Renaissance to the 1700s.

The setting for this composition is a home with a tiled floor, paintings on the wall, and some of the locally manufactured Delftware blue and white tiles of a type that appears in other Vermeer works.

This painting can be related to another Vermeer painting titled, “Lady Seated at a Virginal,” which is almost the same size, with which it may form a pair. Johannes Vermeer is one of the Netherlands’ most prominent Dutch painters.

He painted relatively few paintings, most of which had common attributes such as the use of yellow and blue tones, the depiction of women, and domestic settings.

Vermeer offered glimpses into the lives of Holland’s cultured citizens. Although little is known about Vermeer’s life, historians do know of his baptism and fragments of his life in Delft.

A Young Woman standing at a Virginal

Vermeer – A Lady Standing at a Virginal

Vermeer and the Masters of Genre Painting

“Without music, life would be a mistake.”
– Friedrich Nietzsche