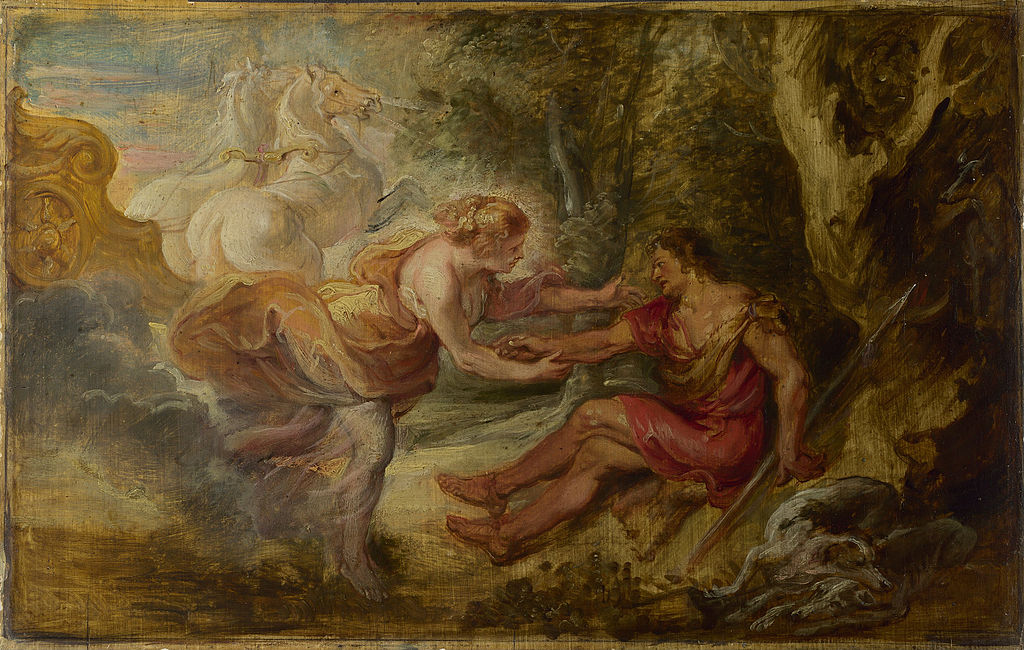 “Aurora abducting Cephalus” by Peter Paul Rubens depicts Aurora, the goddess of dawn stepping off her chariot to embrace Cephalus, a huntsman whom she was trying to abduct.

The story of Aurora abducting Cephalus comes from Ovid’s ‘Metamorphoses.’ This painting is an oil sketch for one of a series of paintings commissioned by Philip IV of Spain to decorate his hunting lodge, just outside Madrid.

Rubens made extensive used oil sketches to explore and create design and composition concepts, and also as templates for the final full-scale canvases.

Peter Paul Rubens was a Flemish artist who is considered the most influential artist of the Flemish Baroque tradition.

Aurora is the goddess of dawn in Roman mythology and Latin poetry. Aurora renews herself every morning and flies across the sky, announcing the arrival of the sun.

Aurora appears most often in sexual poetry with one of her mortal lovers.

Cephalus is a name for the hero-figure in Greek mythology. In Ovid’s ‘Metamorphoses’ is a huntsman whom Aurora was trying to abduct as her mortal lover.

Paintings by Peter Paul Rubens in the National Gallery

Loves of the Gods

“Everything you can imagine is real.”
– Pablo Picasso