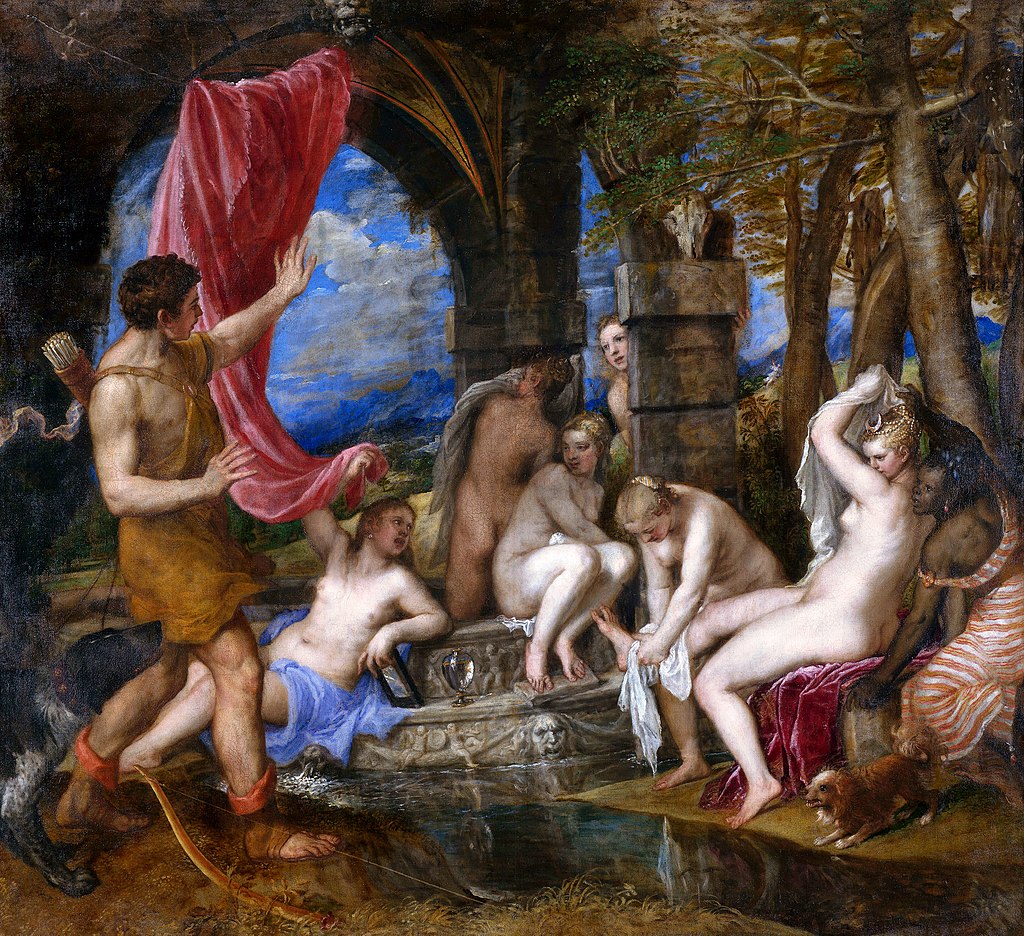 “Diana and Actaeon” by Titian

“Diana and Actaeon” by Titian depicts the moment of surprise when the young hunter named Actaeon unwittingly stumbles on the naked goddess Diana who is enjoying a bath in a spring with help from her escort of nymphs.

The nymphs scream in surprise and attempt to cover Diana, who, in a fit of fury, splashes water upon Actaeon. As a mortal man, he is transformed into a deer with antlers and promptly flees in fear.

The myth of Diana and Actaeon can be found within Ovid’s Metamorphoses, which recounts the unfortunate fate of Actaeon, who, after fleeing after being transformed into a deer, is tracked down by his own hounds and killed because they failed to recognize their master.

The story became popular in the Renaissance and has been depicted by many artists.

The artist of this masterpiece, Titian, was the most famous painter of the 16th-century Venetian school. So much so that his contemporaries recognized him as one of the most accomplished painters,

adept with portraits, landscape, and mythological and religious subjects. His application and use of color, his vivid, luminous tints, his brushwork, and subtlety of tone had a profound influence on Western art.

Diana, in Roman mythology, was the goddess of the hunt, the moon, and nature, and she had similar attributes to the Greek goddess Artemis. Oak groves and deer were especially sacred to her.

Diana was one of the three maiden goddesses, along with Minerva and Vesta, who swore never to marry. Since the Renaissance, the myth of Diana has often been represented in the visual and literary arts.

Titian: ‘The Death of Actaeon’

Titian: ‘The Death of Actaeon’