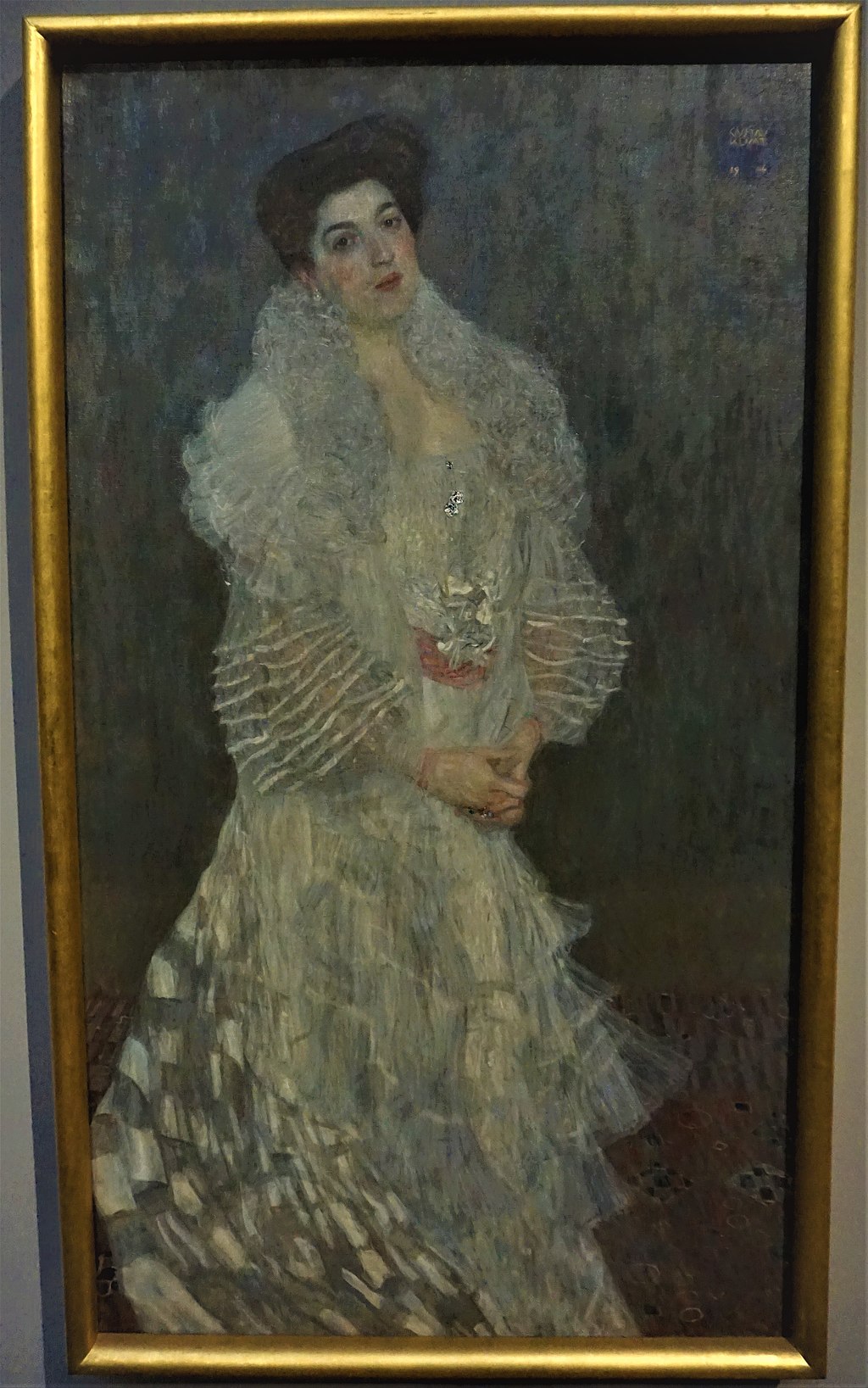 “Portrait of Hermine Gallia” by Gustav Klimt is a portrait in which the sitter, Hermine Gallia (1870 – 1936), is wearing a dress designed by Klimt.

Numerous preliminary drawings were made for the composition of this work, and several alterations are visible to the naked eye.

Significant portions of the figure’s contour have been altered by Klimt to show the Gallia leaning slightly forward towards the viewer.

Her clasped hands and the slight upward tilt of her head makes her look as if she is engaging with the viewer.

Klimt, as in many of his other portraits, has added abstract, geometric designs, in this example, on the dress, and in the background.

In the background, Klimt added diamond shapes composed of hexagons and triangles patterns on the floor carpet. On Hermine’s dress train, he included a checkerboard effect.

Gustav Klimt was a symbolist painter and one of the most prominent members of the Vienna Secession movement. “The Kiss” is Klimt’s most famous painting.

Klimt’s primary subject was the female body, and eroticism marks his works.

Klimt was influenced by Japanese art and its methods and achieved success with the paintings of his “golden phase,” many of which include gold leaf.

“Truth is like fire; to tell the truth means to glow and burn.”
– Gustav Klimt