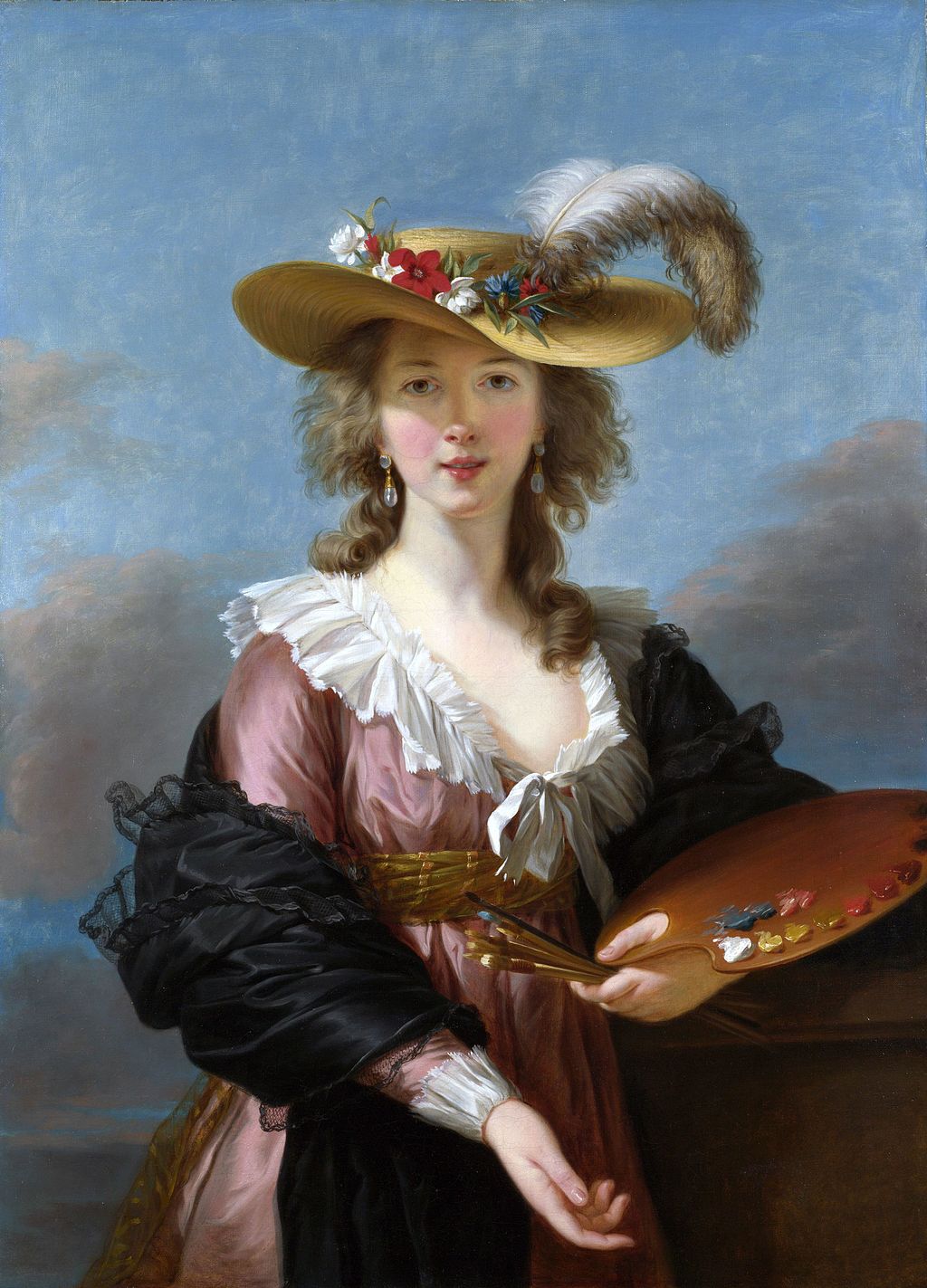 “Self-portrait in a Straw Hat” by Élisabeth Vigée Le Brun

“Self-portrait in a Straw Hat” by Louise Élisabeth Vigée Le Brun portrays the prominent French portrait painter who was a friend and favorite artist of Marie Antoinette.

In the 1700s, Madame Le Brun painted portraits of nobility, and with Marie Antoinette’s support, her career flourished. She painted more than 30 paintings of the queen and her family but was forced to flee the country during the French Revolution.

After fleeing the French, she lived and worked in the major European capitals. She enjoyed the patronage of European aristocrats, actors, and writers, and was elected to art academies in ten cities.

Le Brun’s artistic style was part of the aftermath of Rococo, while she also adopted a neoclassical style. Her color palette was Rococo influenced, but her style assumed the emerging Neoclassicism.

Many of her paintings are owned by major museums, such as the Louvre, Hermitage Museum, National Gallery in London, Metropolitan Museum of Art in New York, and many other collections in continental Europe and the United States.

Vigée Le Brun left a legacy of some 660 portraits and 200 landscapes, and when she was in her eighties, she published her memoirs in three volumes, called Souvenirs.

Born in Paris, she was the daughter of a portraitist and fan painter, Louis Vigée, from whom she received her first instruction. Her mother, Jeanne, was a hairdresser.

By the time she was in her early teens, Élisabeth was painting portraits professionally. In 1776 she married Jean-Baptiste-Pierre Le Brun, a painter, and art dealer, and soon after started painted portraits of many of the nobility.

In 1789, after the arrest of the royal family during the French Revolution, Vigée Le Brun fled France with her young daughter, Julie. In her twelve-year absence from France, she lived and worked in Italy, Austria, Russia, and Germany.

After a sustained campaign by her ex-husband and other family members, her name removed from the list of counter-revolutionary émigrés. Vigée Le Brun was finally able to return to France in 1802.

She continued to travel, visiting London and Switzerland. Between 1835 and 1837 when Vigée Le Brun was in her eighties when she published her memoirs in three volumes, Souvenirs. She died in Paris in 1842, aged 86.

Self-portrait in a Straw Hat