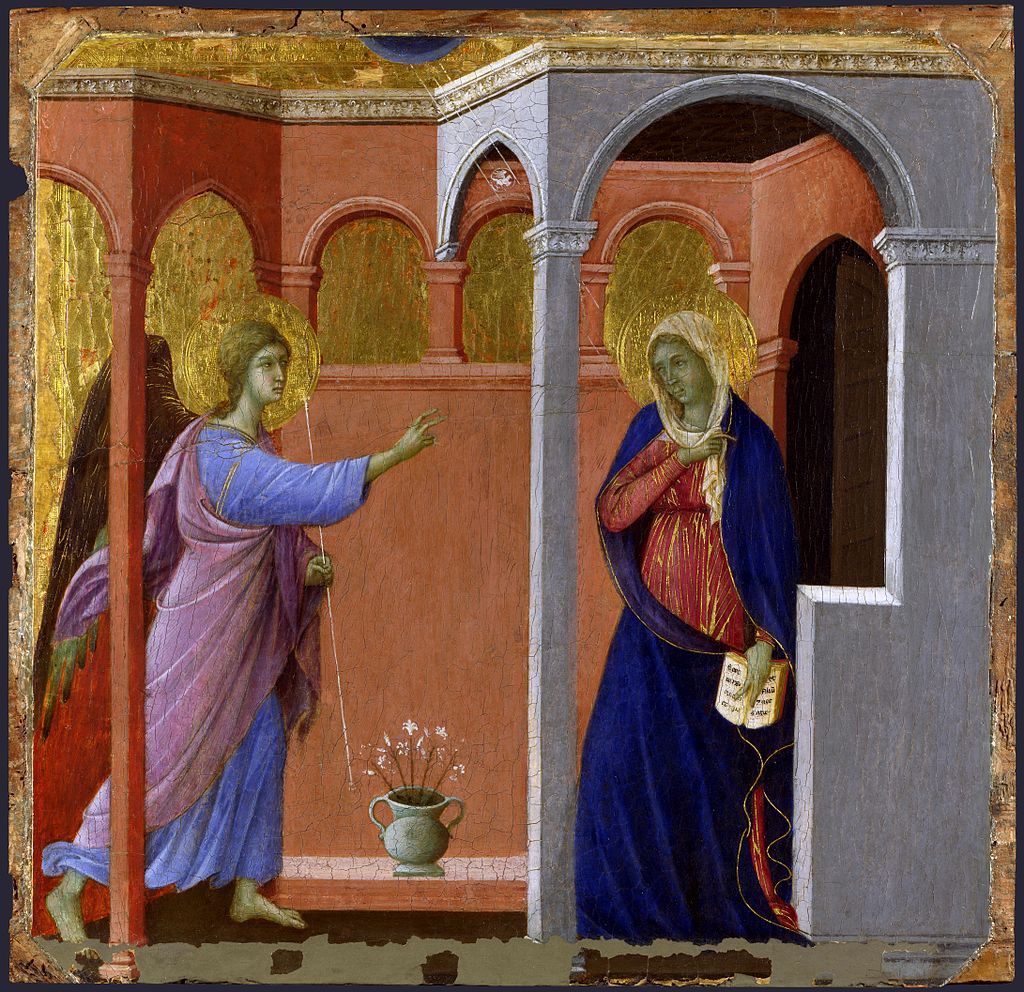 “The Annunciation” by Duccio

“The Annunciation” by Duccio shows the angel Gabriel announcing to the Virgin Mary that she will conceive and become the mother of Jesus, the Son of God. Also depicted is the Holy Spirit, represented by a dove.

This tempera on wood painting was the opening scene on the front predella which visually describes Christ’s childhood in a series of pictures.

Named the Maestà of Duccio it is an altarpiece composed of many individual paintings commissioned by the city of Siena in 1308 from the artist Duccio di Buoninsegna.

The ‘Maestà’ is a double-sided altarpiece in which the front panels show the enthroned Madonna and Child with saints and angels, and a predella of the Childhood of Christ with prophets.

The reverse has the rest of a combined cycle of the Life of the Virgin and the Life of Christ in a total of forty-three small scenes. Duccio’s Maestà set Italian painting founded on Byzantine art towards more realistic presentations.

Duccio di Buoninsegna was active in Siena, Tuscany, in the late 13th and early 14th centuries. He completed many important works in government and religious buildings around Italy.

Duccio is credited with creating the painting styles of the Sienese school.

Many Christians observe this Christian celebration with the Feast of the Annunciation on 25 March, nine full months before Christmas, the ceremonial birthday of Jesus.

“Rejoice, O Full of Grace, the Lord is with you!”
– St Athanasius