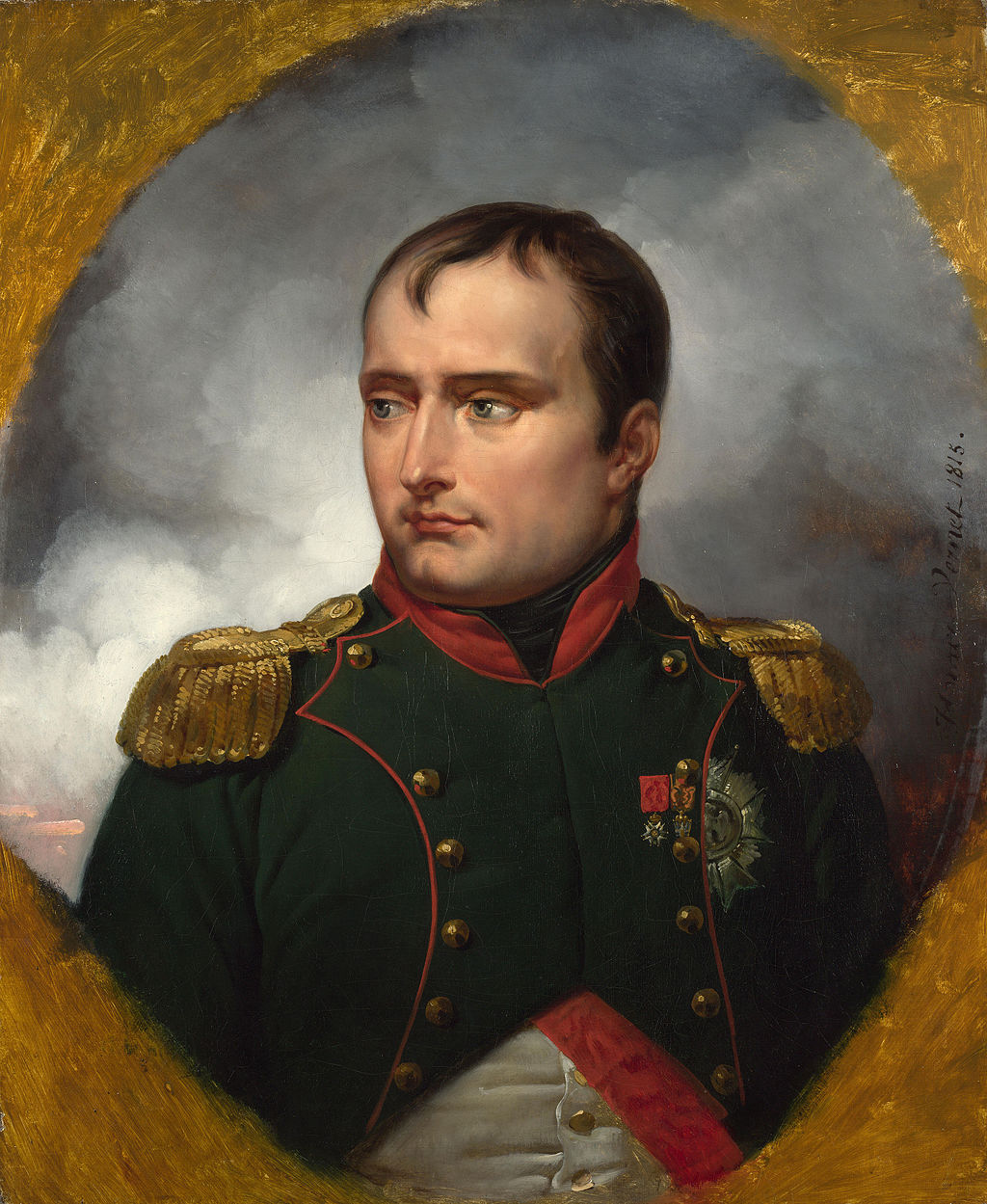 “The Emperor Napoleon I” by Horace Vernet

“The Emperor Napoleon I” by Horace Vernet depicts Napoleon Bonaparte wearing the cross and plaque of the “Légion d’Honneur” and the cross of the “Order of the Iron Crown”.

This portrait is one of three paintings of Napoleon painted by Vernet in 1815-16. Napoleon founded both of the orders that Napoleon is wearing in this painting.

Napoleon, he was Emperor of the French from 1804 until 1814, and again briefly in 1815. Napoleon dominated European and global affairs for more than a decade while leading France in the Napoleonic Wars.

He won most of these wars and the majority of his battles, building a vast empire that ruled over Europe before its collapse in 1815.

He is considered one of the greatest commanders in history, and his wars and campaigns are studied at military schools.

Napoleon’s political and cultural legacy has endured as one of history’s most celebrated and controversial leaders.

Horace Vernet was a French painter of battles, portraits, and Orientalist subjects.

During his early career, when Napoleon Bonaparte was in power, he was known for depicting French soldiers in a more direct, familiar, realistic way and not in the idealized tradition.

The Emperor Napoleon I

“Never interrupt your enemy when he is making a mistake.”

“Until you spread your wings, you’ll have no idea how far you can fly.”

“History is a set of lies agreed upon.”

“A leader is a dealer in hope.”

“Victory is not always winning the battle…but rising every time you fall.”

“In war, the moral element and public opinion are half the battle.”

“Lies circle the earth while Truth is still trying to put on its shoes.”

“It’s not the size of the army but the power within the army.”

“Take time to deliberate, but when the time for action has arrived, stop thinking and go.”

“Never interrupt your enemy when he is making a mistake.”
– Napoleon Bonaparte