“Neptune and Triton” by Bernini

“Neptune and Triton” by Bernini depicts Neptune ordering that Triton blows his shell to calm the waves. The scene is an allusion to Neptune and Triton, aiding Trojan ships as described by Virgil and Ovid.

The composition shows Neptune standing astride over his son Triton. Triton lies in a crouching position, and the two figures are mounted on a large half-shell. Neptune touseled hair and beard, suggests the storminess in this scene.

The marble sculpture group was commissioned by a Cardinal to serve as a fountain to decorate the pond in the garden of his villa in Rome.

Neptune points his trident down towards the waters, while Triton is blowing his conch, which was designed to spurt out water from the lake.

The twisting torso posture of Neptune’s stance, promises the drama of movement in the top half of the statue. However, this energy is dampened down by the static space in the bottom half by the figure of Triton.

“Neptune and Triton” was an early sculpture by Bernini, who was still evolving the dynamism and sweeping movement which animates his subsequent works.

Neptune is represented as a mature, bearded, and muscular figure of authority, as he thrust his trident downwards. Neptune’s furrowed brow gives a sense of his fierce strength. Neptune wears a short cloak, for modesty.

Triton is noticeably younger and positioned below Neptune’s legs, thrusting himself forward to blow the conch shell. Triton looks submissive as he grabs Neptune’s thigh. 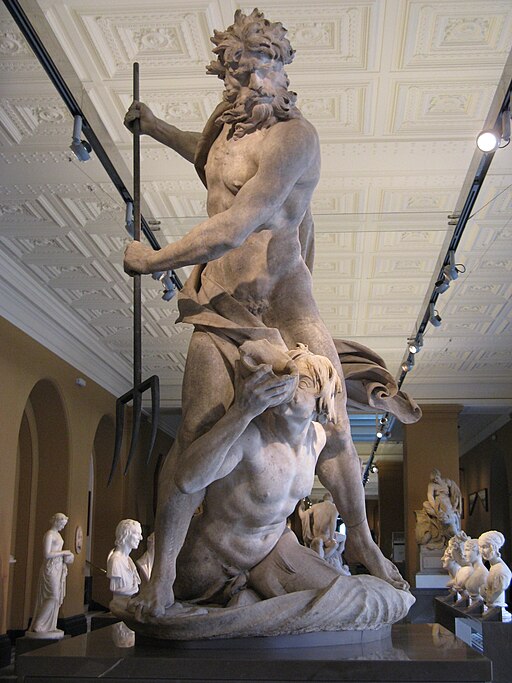 Triton’s face seems to be full of anxiety as if he knows that he should obey whatever Neptune commands him to do. He blows his shell as a horn to announce the orders of the king of the oceans.

Triton’s timid nature and Neptune’s dominant presence display the reality of human emotion. Bernini’s unique talent was his ability to create human emotion in his depictions of myths coming to life in sculpture.

Neptune was the god of water and sea in the Roman religion. He is the counterpart of the Greek god Poseidon.

Poseidon was one of the Twelve Olympians in ancient Greek religion and myth.  In Greek art, Poseidon rides a chariot that was pulled by horses that could ride on the sea.

He was associated with dolphins and three-pronged fish spears or tridents. He lived in a palace on the ocean floor, made of coral and gems. 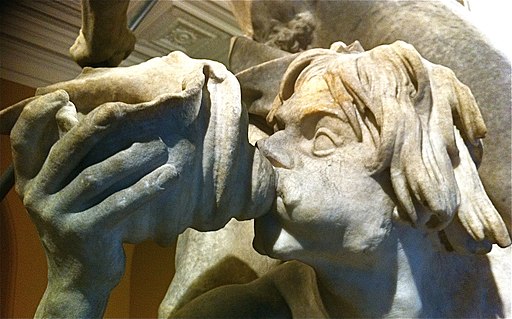 Triton was a Greek god of the sea, the son of Poseidon and Amphitrite, god and goddess of the sea. Triton lived with his parents, in a golden palace on the bottom of the sea. Later he was often depicted as having a conch shell he would blow like a trumpet.

Triton is usually represented as a merman, with the upper body of a human and the tailed lower body of a fish. In English literature, Triton is portrayed as the messenger or herald for the god Poseidon.

Triton of Greek mythology was depicted as a half-man, half-fish merman in ancient Greek art. Tritons later became generic mermen, so that multiple numbers of them were depicted in art.

Triton was also associated with using a conch shell in the later Hellenistic period. In the 16th century, the Triton was referred to as the “trumpeter of Neptune. 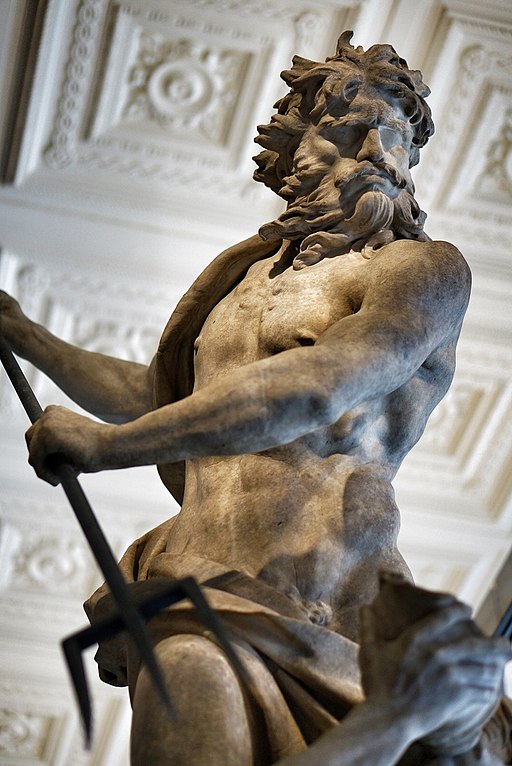 Installation of Neptune and Triton

Virtual Tour of the Victoria and Albert Museum

The Art of the Baroque Gianlorenzo Bernini

Gesture and Technique in Clay