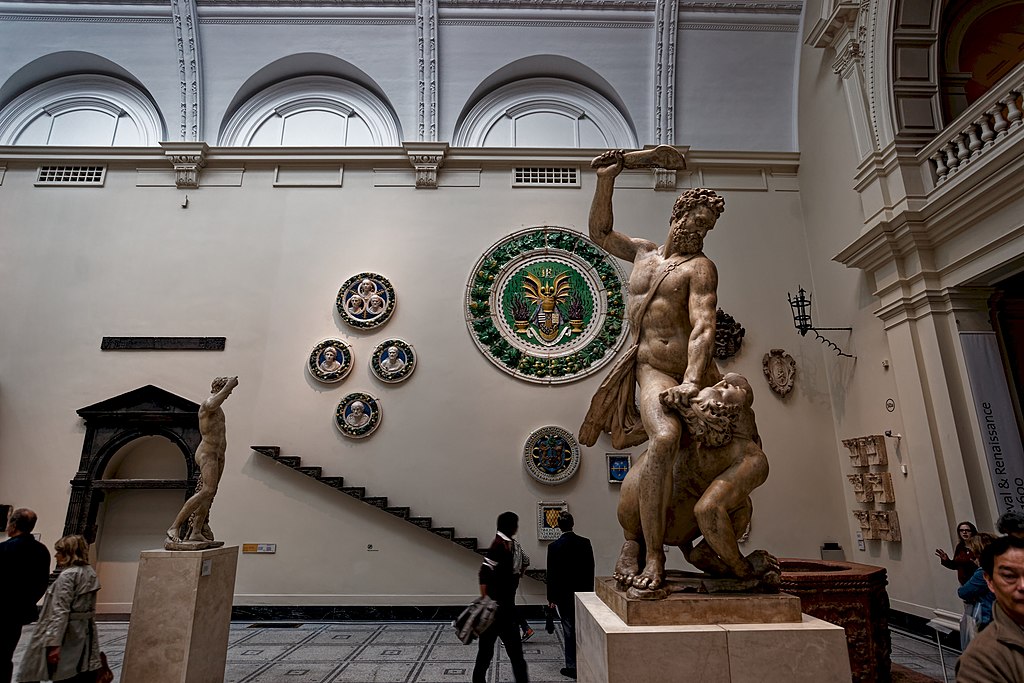 “Samson Slaying a Philistine” by Giambologna

“Samson Slaying a Philistine” by Giambologna depicts Samson wielding the jawbone of an ass to slay one of the Philistines who have taunted him.

It is a famous example of the multiple viewpoints available in Giambologna’s sculptures. Its spiraling movement of the bodies meant that there is no one main viewpoint.

The sculpture was created from just one block of marble and is supported by only five narrow points at the base. Although the statue is weathered from three centuries outdoors, it still shows Giambologna’s delicate carving.

The dramatic pose is based on a composition by Michelangelo, who was in his late seventies when Giambologna met him in Rome.

This sculpture is one of the earliest of the great marble masterpieces by Giambologna, who was a sculptor to the Medici Grand Dukes of Tuscany, and the only substantial work by the artist to have left Italy.

It was commissioned in about 1562, by Francesco de’ Medici for a fountain in Florence. It was later presented as a gift to Spain being placed in Palacio de la Ribera, Valladolid.

The sculpture was presented to the Prince of Wales, later King Charles I, in 1623 while he was in Spain negotiating a marriage contract, and it soon became the most famous Italian sculpture in England.

On its arrival in England it was given to the king’s favorite, the Duke of Buckingham, and subsequently changed hands three times before coming to the Victoria and Albert Museum in 1954. 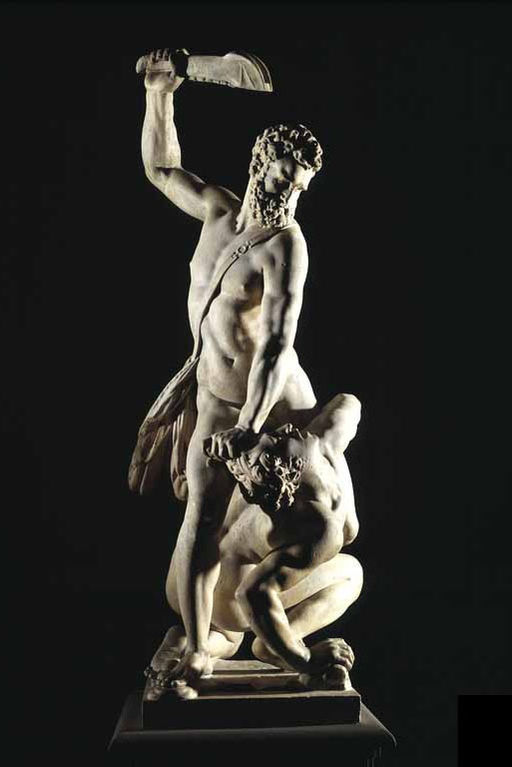 Samson was one of the last of the leaders who “judged” Israel before the institution of the monarchy.

He is sometimes considered to be an Israelite version of other popular folk heroes embodied by the Sumerian Enkidu and the Greek Heracles.

The biblical account states that Samson was a Nazirite and that he was given immense strength to aid him against his enemies.

His feats of strength included slaying a lion with his bare hands and massacring an entire army of Philistines using only the jawbone of a donkey.

However, if Samson’s long hair were cut, then his Nazirite vow would be violated, and he would lose his strength.

Samson was betrayed by his lover Delilah, who had his hair cut while he was sleeping and then turned him over to his Philistine enemies, who gouged out his eyes.

His hair began to regrow while imprisoned, and when the Philistines took Samson into their temple of Dagon, he pulled down the columns, collapsing the temple, killing himself as well as all of the Philistines.

Giambologna (1529 – 1608) was a Flemish sculptor based in Italy, celebrated for his marble and bronze statuary in a late Renaissance or Mannerist style.

Giambologna became well known for an excellent sense of action and movement, and a refined, differentiated surface finish.

Giambologna was a significant influence on later sculptors through his pupils who later worked in Paris, Northern Europe, and across Italy. Giambologna’s workshops in Florence and Rome influenced Gian Lorenzo Bernini and Alessandro Algardi.

A Tour of the Victoria and Albert Museum

A Tour of  Museums and Heritage Sites in London

Samson vs. Philistines – Samson and Delilah

“Temptations, when we meet them at first, are as the lion that reared upon Samson; but if we overcome them, the next time we see them we shall find a nest of honey within them.”
– John Bunyan