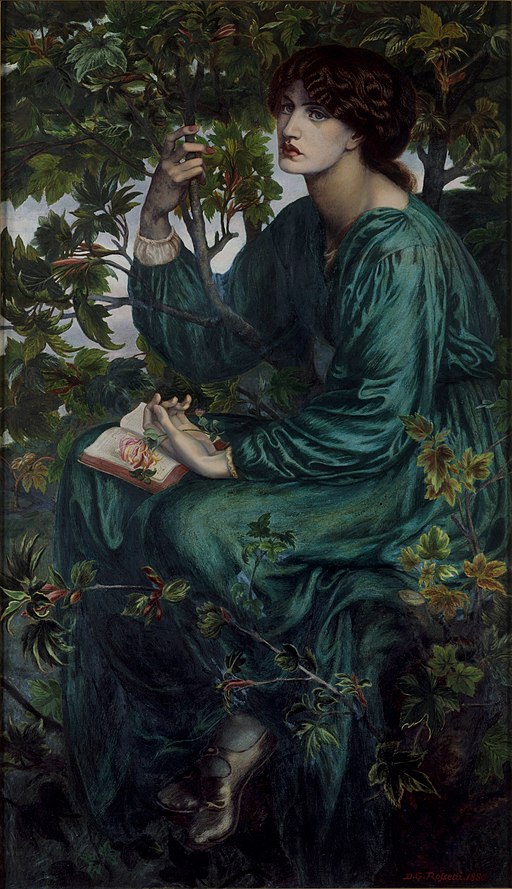 Rossetti portrayed her clad all in green, her dress is a loose silk robe, flowing in folds and blending in with the tree’s leaves.

She is immersed in her daydreams, turning her gaze towards something unseen or perceived by her.

Rossetti made several revisions to the painting to meet his exacting expectations, including copying the feet of another woman to the picture.

The depiction of the woman in her shelter surrounded by the branches adds to the mystery of the painting, symbolizing the secrecy of their affair. 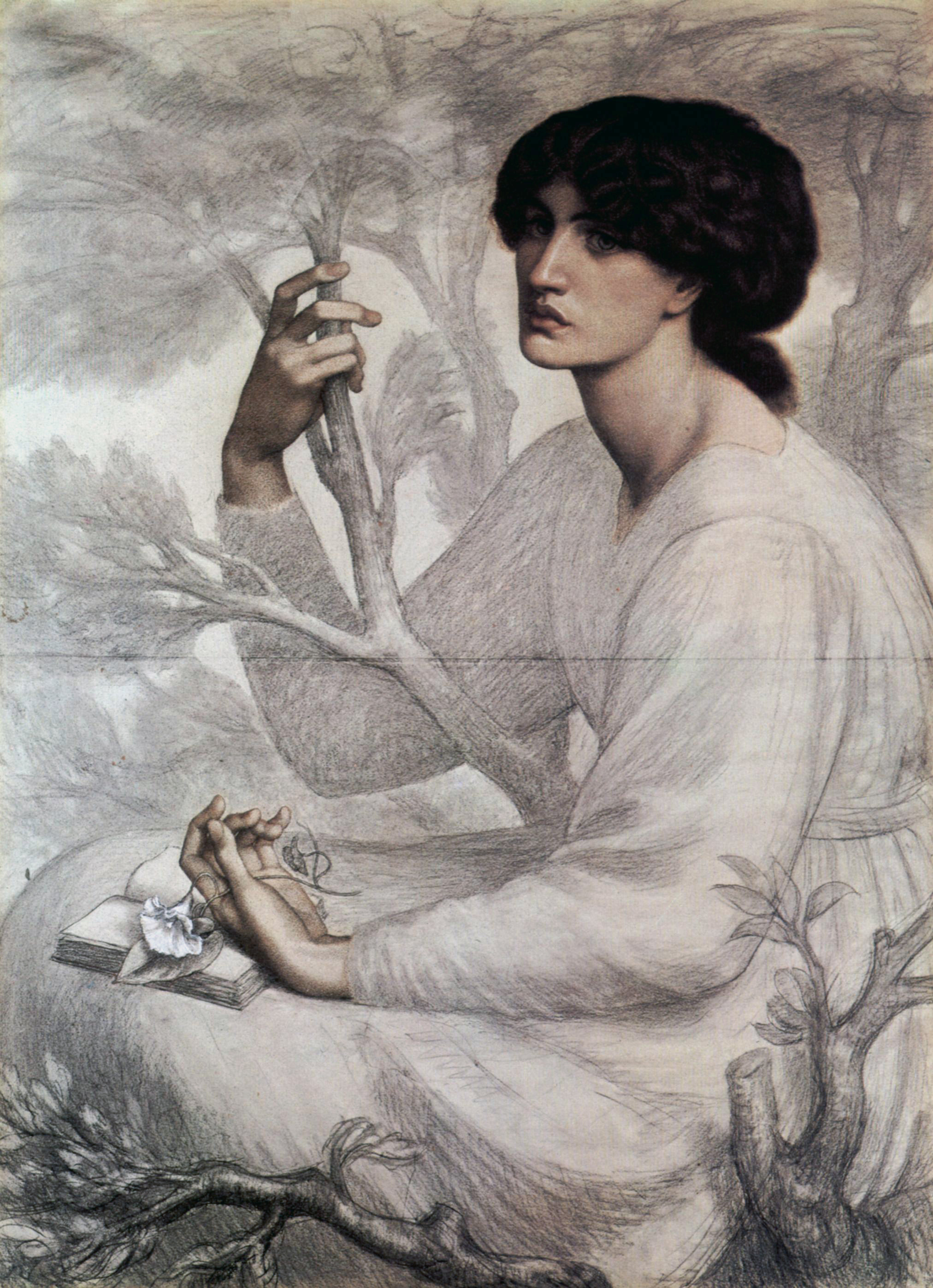 Rossetti completed a chalk sketch of Morris a few years earlier in 1878. Initially, the painting was to be called Monna Primavera, or Vanna Primavera, inspired by La Vita Nuova, a narrative that captivated Rossetti.

Rossetti penned sonnets to accompany several of his paintings. His last poem in his series entitled “Sonnets for Pictures” is associated with this painting.

Within the branching shade of Reverie
Dreams even may spring till autumn; yet none be
Like woman’s budding day-dream spirit-fann’d.
Lo! tow’rd deep skies, not deeper than her look,
She dreams; till now on her forgotten book
Drops the forgotten blossom from her hand.

Jane Morris (1839 – 1914) was an English embroiderer in the Arts & Crafts Movement and artists’ model who embodied the Pre-Raphaelite ideal of beauty.

She was a model and muse to her husband William Morris and Dante Gabriel Rossetti.

Jane Morris had become closely attached to Rossetti and became a favorite muse of his. Their romantic relationship had started in 1865 and lasted, on differing levels, until he died in 1882.

They shared a deep emotional connection, and she inspired Rossetti to write poetry and create some of his best paintings. 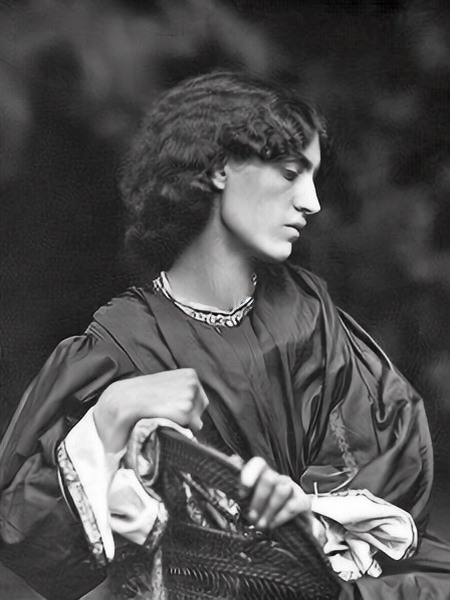 Visits to Iceland greatly influenced him, and he produced a series of English-language translations of Icelandic Sagas.

Morris is recognized as one of the most significant cultural figures of Victorian Britain. He was best known in his lifetime as a poet, although he posthumously became better known for his designs.

La Vita Nuova (Italian for “The New Life”) is a text by Dante Alighieri published in 1294. It is an expression of the medieval courtly love in a combination of both prose and verse.

The reader is invited into the very emotional turmoil and lyrical struggle of the mind in its quest for Love.

Dante wanted to collect and publish the lyrics dealing with his love for Beatrice. The result is a landmark in the development of emotional autobiography in medieval literature.

Dante’s audience was interested in the emotions of courtly love and how they develop. Dante wanted to explore and understand how love can bring the soul closer to God.

In “I Felt My Heart Awaken,” Dante recounts a meeting with Love, who asks the poet to do his best to honor her. The first three lines of the poem states:

“I felt awoken in my heart
a loving spirit that was sleeping;
and then I saw Love coming from far away.”

“The Day-Dream” by Dante Gabriel Rossetti