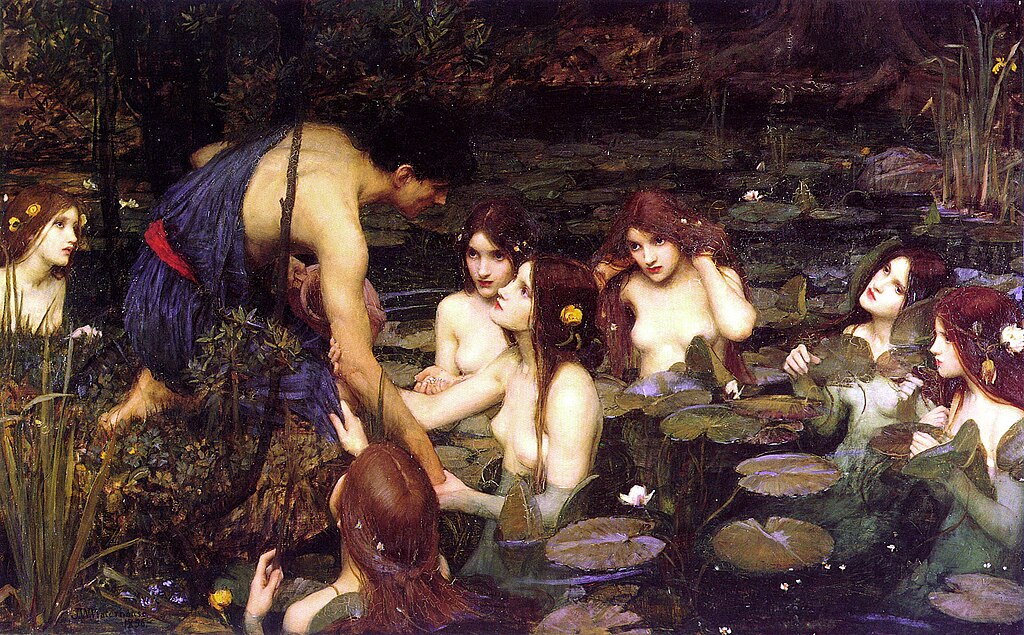 “Hylas and the Nymphs” by John William Waterhouse

“Hylas and the Nymphs” by John William Waterhouse portrays the abduction of Hylas by water nymphs. Hylas, according to classical mythology, was as a youth who served as Heracles’ companion and servant.

According to legend, the loss of Hylas extremely upset Heracles, and he searched for a long time for his companion. Heracles had recruited Hylas as his arms bearer and had taught him to be a warrior:

“He taught him all the things which had made him a mighty man, and famous.”

Heracles had also taken Hylas with him on the Argo, making him one of the Argonauts. His abduction by water nymphs was a theme of ancient art and has been an enduring subject for Western classical art.

Waterhouse embraced the Pre-Raphaelite style even though it had gone out of fashion in the British art scene.

Hylas And The Nymphs by John William Waterhouse