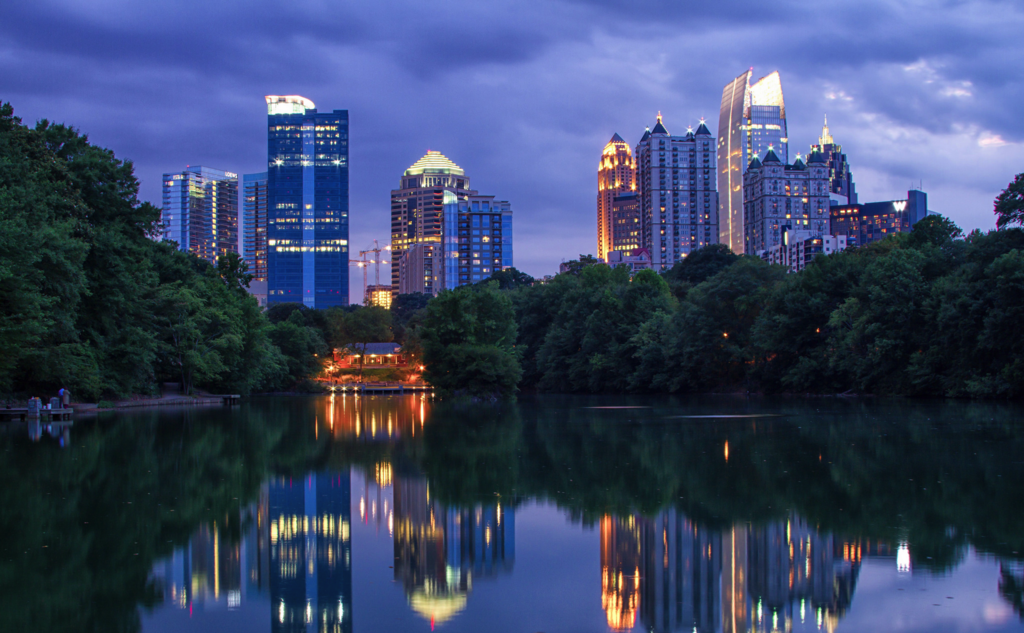 Atlanta is the capital of Georgia and is situated among the foothills of the Appalachian Mountains giving it one of the highest elevations among major cities east of the Mississippi River.

Atlanta was initially founded as the terminus of a major railroad. With rapid expansion, it soon became the convergence point among multiple railroads, spurring its rapid growth.

During the American Civil War, the city was almost entirely burned to the ground; however, the city rose from its ashes and quickly became a national center of commerce.

During the 1950s and 1960s, Atlanta became a major organizing center of the civil rights movement, with Dr. Martin Luther King Jr. and many other locals playing major roles in the movement’s leadership.

Atlanta is the home to many significant art museums and institutions, including the renowned High Museum of Art, The Museum of Design Atlanta, and many others. 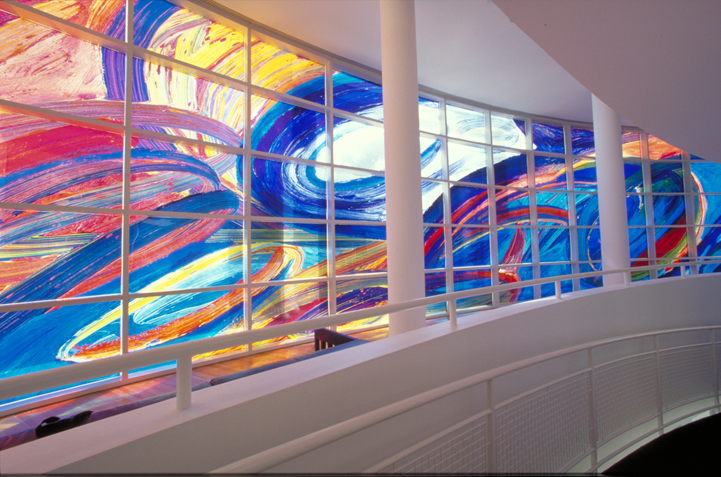 Virtual Tour of the Museums in Atlanta 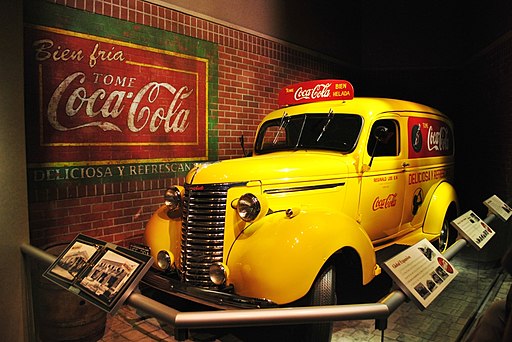 Highlights Tour of the Museums in Atlanta

The High Museum of Art is a leading art museum in the Southeastern United States, which was founded in 1905 as the Atlanta Art Association. Today, the museum’s collection includes more than 17,000 artworks

Special exhibitions at the High feature strong global partnerships with other museums such as the Louvre and the museum is also a Smithsonian Institution Affiliate.

The Atlanta History Center was founded in 1926, and its campus of 33-acres features historic gardens and houses located on the grounds. The Center also holds one of the largest collections of Civil War artifacts in the United States.

The historic houses featured at the Atlanta History Center campus include:

The National Center for Civil and Human Rights is dedicated to the achievements of both the civil rights movement in the United States and the broader worldwide human rights movement.

The Center’s exhibitions tell the history of the civil rights movement in the United States, and how the campaign is related to contemporary human rights struggles across the world.

The “Voice to the Voiceless” exhibit tells Dr. King’s story from his youth through to his assassination and its aftermath. Dr. King’s personal papers in the displays include Letters from Birmingham Jail and King’s Sermons.

The Center contains interactive galleries with examples of segregation in the United States as embodied in Jim Crow laws and signs designating facilities as “whites only.”

The Global Human Rights Movement exhibits include modern-day issues such as efforts to improve conditions of women, LGBT individuals, and religious rights around the world.

The William Breman Jewish Heritage Museum is a cultural center dedicated to Jewish history, culture, and arts. The Breman, which opened in 1996, has an emphasis on Jewish history in Georgia and the Holocaust.

The museum has exhibitions about Jewish values, customs, and traditions. It is named for Atlanta businessman William Breman, a philanthropist active in the Jewish community of Atlanta.

The museum uses film, music, visual arts, and exhibits to explore the themes of personal responsibility, community, and cross-cultural understanding.

The museum has extensive exhibits about the struggles that Jewish people endured in Europe before, during, and after the Holocaust. Also featured are oral history interviews with Holocaust survivors.

The museum covers Coca-Cola’s history dating back to 1886 when Dr. John S. Pemberton, a pharmacist from Atlanta, created a unique soft drink with a flavored syrup that became highly popular.

Frank M. Robinson, his partner, and bookkeeper created the name of Coca-Cola as well as the well-known design of the script.

The museum, which features thousands of Coca-Cola artifacts, is located just blocks away from where the original Coca-Cola formula as created.

There are other World of Coca-Cola Museums and shop in locations such as Las Vegas and Disney Springs.