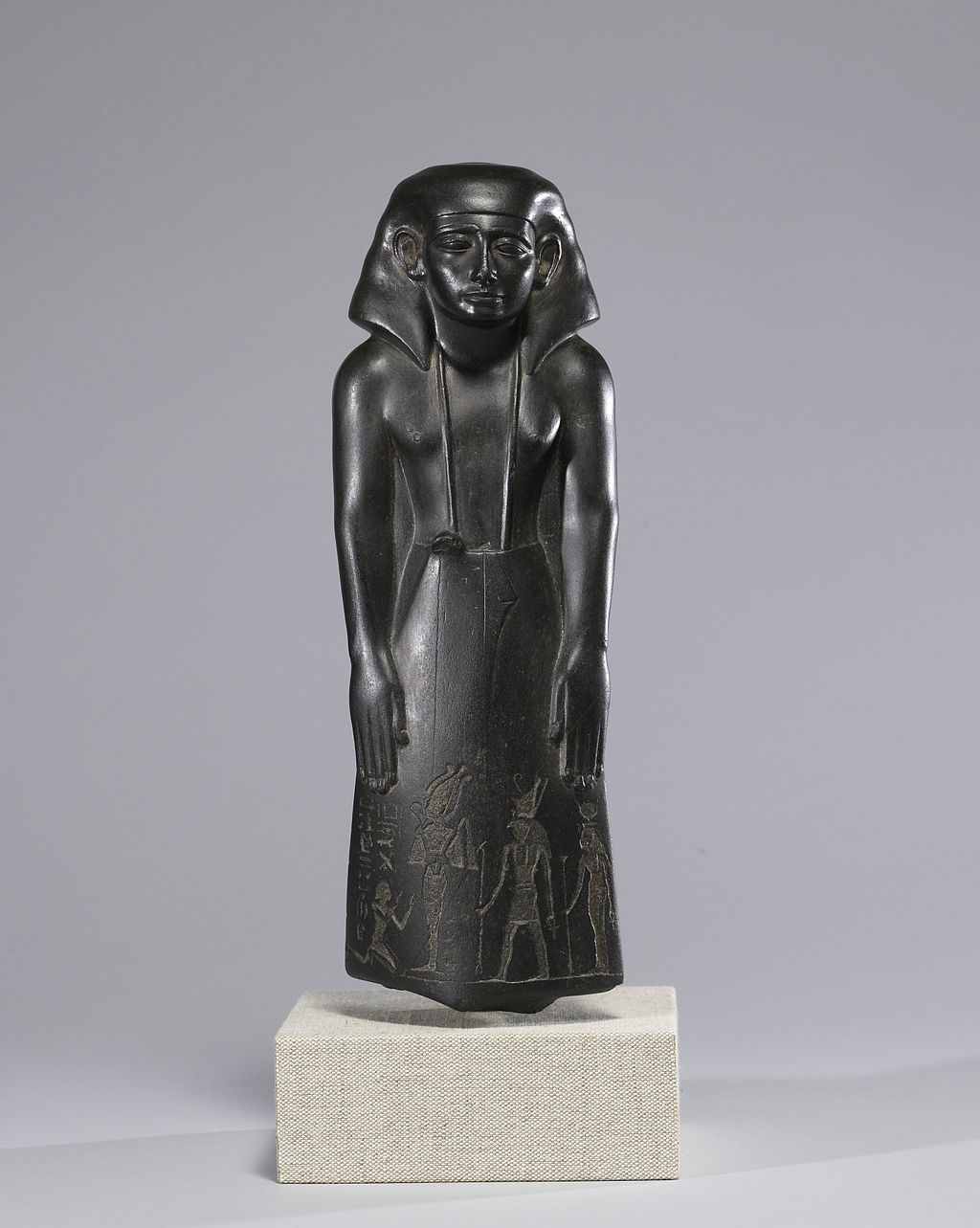 Padiiset’s Statue – A Diplomat to Canaan and Palestine

Padiiset’s Statue is a basalt statue found in the Egyptian delta, which includes an inscription referring to trade between Canaan and Ancient Egypt. It is the last known Ancient Egyptian reference to Canaan.

This reference to Canaan is more than 300 years after the previously known inscriptions with Canaan’s name. The statue was created in the 1780-1700 BC period to commemorate a government vizier.

A millennium later, the original inscription was erased and replaced with inscriptions on the front and back to representing “Pa-di-iset, son of Apy” and worshipping the gods Osiris, Horus, and Isis.

The replacement of text, nearly one thousand years after the original text, is an example of the re-use of a work of art and reflects Ancient Egypt’s long history as a civilization.

This statue was originally carved to commemorate a powerful government official. A thousand years later, the inscription naming this forgotten man was erased, and a new carved name was added to celebrate its new owner.

From the text on the rear of the statue, we learn that Pa-di-iset was a diplomatic messenger to Canaan and Peleset or Palestine’s neighboring lands.

The rear view of Padiiset’s Statue

Canaan was a Semitic-speaking region in the Eastern Mediterranean during the late 2nd millennium BC. The name Canaan appears throughout the Bible, where it corresponds to the Southern Levant areas that provide the primary setting of the narrative of the Bible.

This area covers the peoples of Phoenicia, Philistia, Israel, Moab, and other nations. It is by far the most often used ethnic term in the Bible.

Canaan had significant geopolitical importance in the Late Bronze Age Egyptian Amarna period (14th century BC) as the area where the spheres of interest of the Egyptian, Hittite, Mitanni, and Assyrian Empires converged.

During the 2nd millennium BC, Ancient Egyptian texts use the term Canaan to refer to an Egyptian-ruled colony, whose boundaries generally corroborate Canaan’s definition in the Hebrew Bible.

There are at least 16 references in Egyptian sources, from the Eighteenth Dynasty of Egypt onwards to Canaan. Padiiset’s Statue is the last known Egyptian reference to Canaan, more than 300 years after the preceding known inscription.

“The only thing that is humiliating is helplessness.”

“Seek peacefully, you will find.”

“The best and shortest road towards knowledge of truth is Nature.”

“What you are doing does not matter so much as what you are learning from doing it.”

“If you defy an enemy by doubting his courage, you double it.”

“Listen to your conviction, even if they seem absurd to your reason.”

“The seed doesn’t reveal the tree it contains.”

“Envious greed must govern to possess, and ambition must possess to govern.”

“We mustn’t confuse mastery with mimicry, knowledge with superstitious ignorance.”

“Your body is the temple of knowledge.”

“If one tries to navigate unknown waters, one runs the risk of shipwreck.”

“All organs work together in the functioning of the whole.”

“Physical consciousness is indispensable for the achievement of knowledge.”

“Our senses serve to affirm, not to know.”

“Man, know yourself… and you shalt know the gods.”

“People bring about their own undoing through their tongues.”

“If you search for the laws of harmony, you will find knowledge.”

Letters from the Great Kings

“The seed doesn’t reveal the tree it contains.”
– Egyptian Proverb