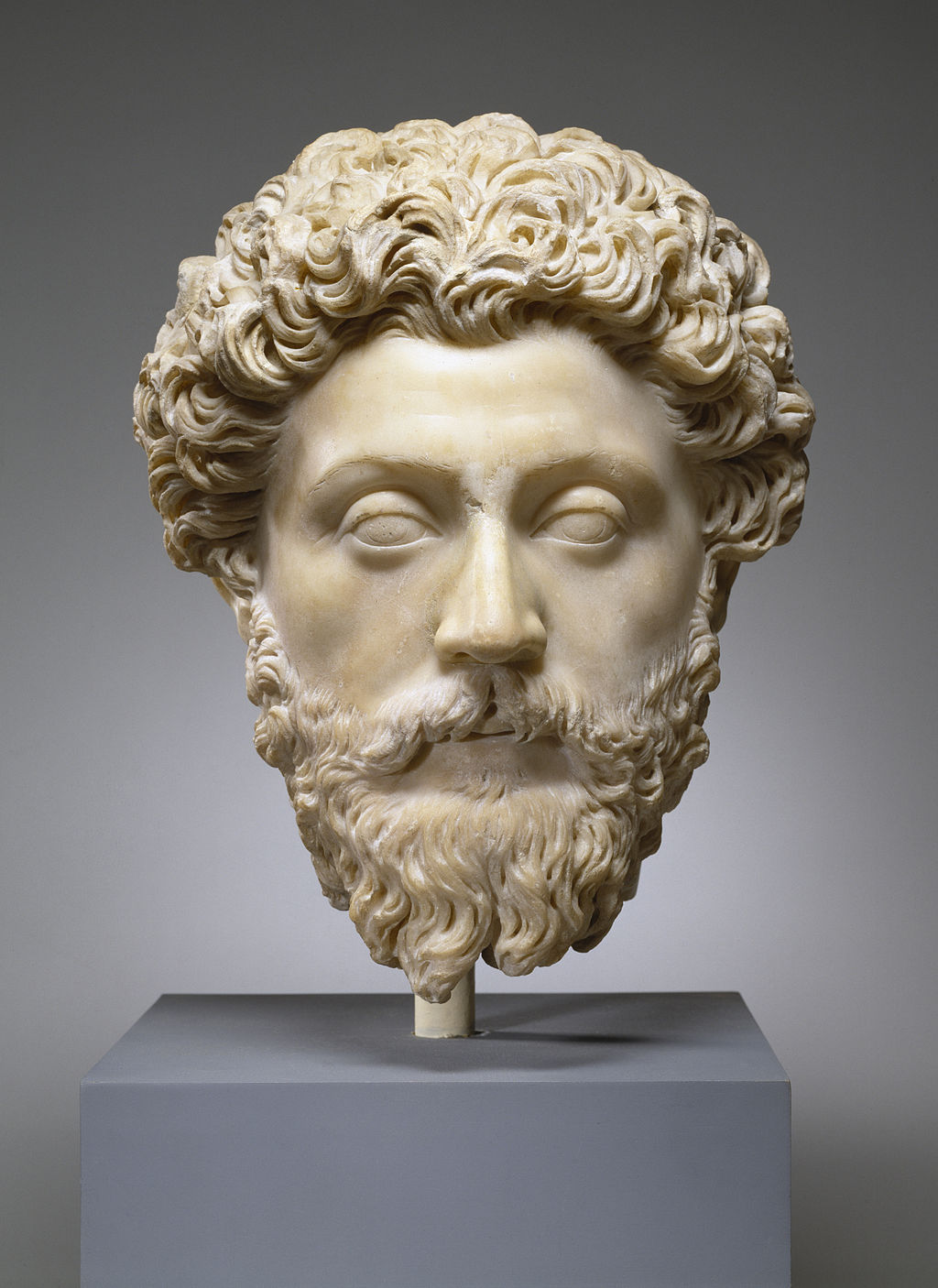 This exquisite portrait of Emperor Marcus Aurelius captures the melancholy temperament of the philosopher and author of “Meditations,” which were his reflections on life.

The drooping eyelids and detached gaze suggest his contemplative nature. The smooth modeled carving of the face contrasts markedly with the thick, curling hair and beard.

This marble bust was created between 161 and 180, during the last years of his life.

This sculpture was originally part of the Don Marcello Massarenti Collection. Massarenti (1817 – 1905) was a Vatican official who amassed a collection of Italian paintings and Roman antiquities during the years after the Unification of Italy.

The Unification of Italy was a long process that was completed in 1871 when Rome became the capital of the Kingdom of Italy. During and after Italian unification, there was a suppression of many monastic communities.

There was also the displacement of many aristocrats from hereditary positions. These events brought a significant number of works of art onto the market in Italy.

Massarenti was well placed to take advantage of the opportunity to acquire a substantial collection.

In 1902, a large part of the Massarenti collection of about 1700 items was purchased by the American railroad magnate and collector Henry Walters of Baltimore, Maryland, which formed the nucleus of the Walters Art Museum in Baltimore.

Meditations is a series of personal writings by Marcus Aurelius, recording his private notes to himself and ideas on Stoic philosophy.

Marcus Aurelius wrote his books in Greek as a source for his guidance and self-improvement.

It is unlikely that Marcus Aurelius ever intended the writings to be published, and the work has no official title, so “Meditations” is one of several titles assigned to the collection.

These writings take the form of quotations varying in length from one sentence to long paragraphs. The first translation from Greek into Latin was in 1558.

Since then, his work has been praised by writers, philosophers, and monarchs, as well as by poets and politicians.

He is also seen as the last emperor of the Pax Romana, an age of relative peace and stability for the Empire.

His philosophical writings, now commonly known as Meditations, are a significant source of the modern understanding of ancient Stoic philosophy.

Marcus was born into a Roman patrician family. He was educated at home, as children from Roman aristocratic families often were.

His tutors sparked his interest in philosophy, and he studied Greek and Latin. Marcus’ reign was marked by military conflict. In the East, the Roman Empire fought successfully with a revitalized Parthian Empire and the rebel Kingdom of Armenia.

“Waste no more time arguing about what a good man should be. Be one.”
“Very little is needed to make a happy life; it is all within yourself, in your way of thinking.”

“The universe is change; our life is what our thoughts make it.”

“The only wealth which you will keep forever is the wealth you have given away.”

“A man’s worth is no greater than his ambitions.”

“Loss is nothing else but change and change is nature’s delight.”
– Marcus Aurelius