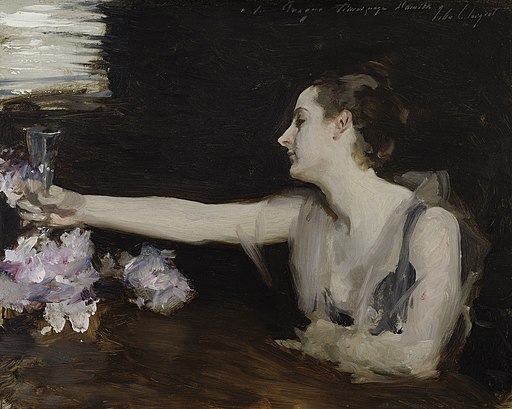 “Madame Gautreau Drinking a Toast” by John Singer Sargent was an early oil on panel study by Sargent that eventually resulted in the notorious Madame X painting.

This painting depicts Madame Pierre Gautreau who was born as Virginie Amélie Avegno in New Orleans but grew up from the age of eight in France, where she became a Parisian socialite known for her beauty.

She occasionally posed as a model for notable artists. She is most widely known as the subject of Sargent’s painting Portrait of Madame X, which created a social scandal when shown at the Paris Salon.

The attempt to preserve the subject’s anonymity by calling the picture “Portrait de Mme ***” was unsuccessful, and the sitter’s mother requested that Sargent withdraw the painting from the exhibition.

Sargent refused, but later, he overpainted the fallen shoulder strap to raise it and make it look more securely fastened. Initially, as exhibited, the right strap on the dress was painted as having slipped off the shoulder.

He also changed the title to “Madame X,” a name more dramatic and mysterious and to give the illusion of the woman archetype. 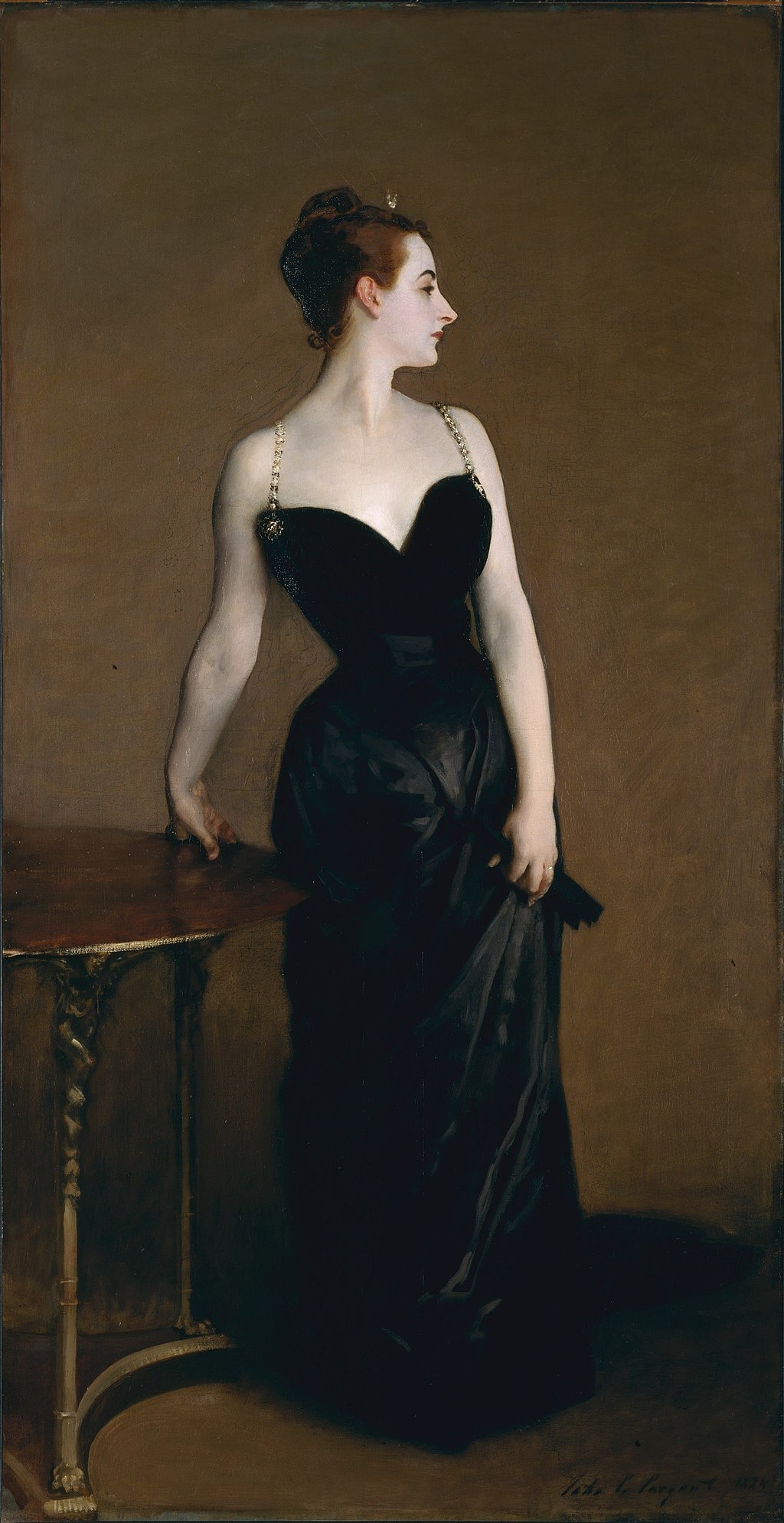 Madame Gautreau (1859 – 1915) was of European Creole ancestry. She was taken at the age of eight by her widowed mother to France in 1867 following the American Civil War.

Virginie Avegno became one of Paris’s conspicuous beauties, as she was a pale-skinned brunette with fine, cameo-like features and an hourglass figure.

She was known to use lavender colored face and body powder to enhance her complexion, to dye her hair with henna, and to color her eyebrows. She attracted much admiration due to her elegance and style.

Avegno was educated in Paris and married Pierre Gautreau, a wealthy businessman. Madame Gautreau attracted much amorous attention, and her extramarital affairs became the subject of tabloid scandal sheets and gossip handbills.

One of her lovers was a Dr. Pozzi, whose portrait had been painted by the young aspiring portraitist John Singer Sargent.

Sargent asked Dr. Pozzi to introduce him to Virginie, which the doctor did, resulting in Sargent’s being invited to the Gautreaus’ Brittany chateau, Les Chênes, where Sargent produced some 30 studies of her in pencil, watercolor, and oil.

Following the Madame X scandal in 1884, Madame X’s mother screamed at Sargent, “All Paris is making fun of my daughter. She is ruined … She’ll die of chagrin.” Gautreau retired from society for some time.

Gautreau died in Cannes in 1915. She was buried in the Gautreau family crypt at their Chateau des Chênes in Saint-Malo, Brittany.

Many of John Singer Sargent portraits, which can be found in museums across the world, depict society’s leading lights and the luxury of their time.

“Every time I paint a portrait I lose a friend.”
– John Singer Sargent