“The Story of Lucretia” by Sandro Botticelli

The painting depicts the legend of a noblewoman who was raped by the son of the king of Rome. Lucretia believed that the rape dishonored her and her family.

Thus she committed suicide by stabbing herself with a dagger after revealing what had happened to her.

The scene on the left porch shows the King’s son threatening Lucretia with sexual violence. The right porch scene shows the discovery of the death of Lucretia.

The statue at the top of the column is David with Goliath’s head. “David and Goliath” were a symbol of revolt against tyranny in the Republic of Florence.

According to legend, Brutus grabbed the dagger from Lucretia’s breast after her death and immediately shouted for the King’s overthrow.

Brutus took an oath to expel the King from Rome and never allow anyone else to reign again. This revolt against tyranny made Lucius Tarquinius Superbus the last king of Rome. 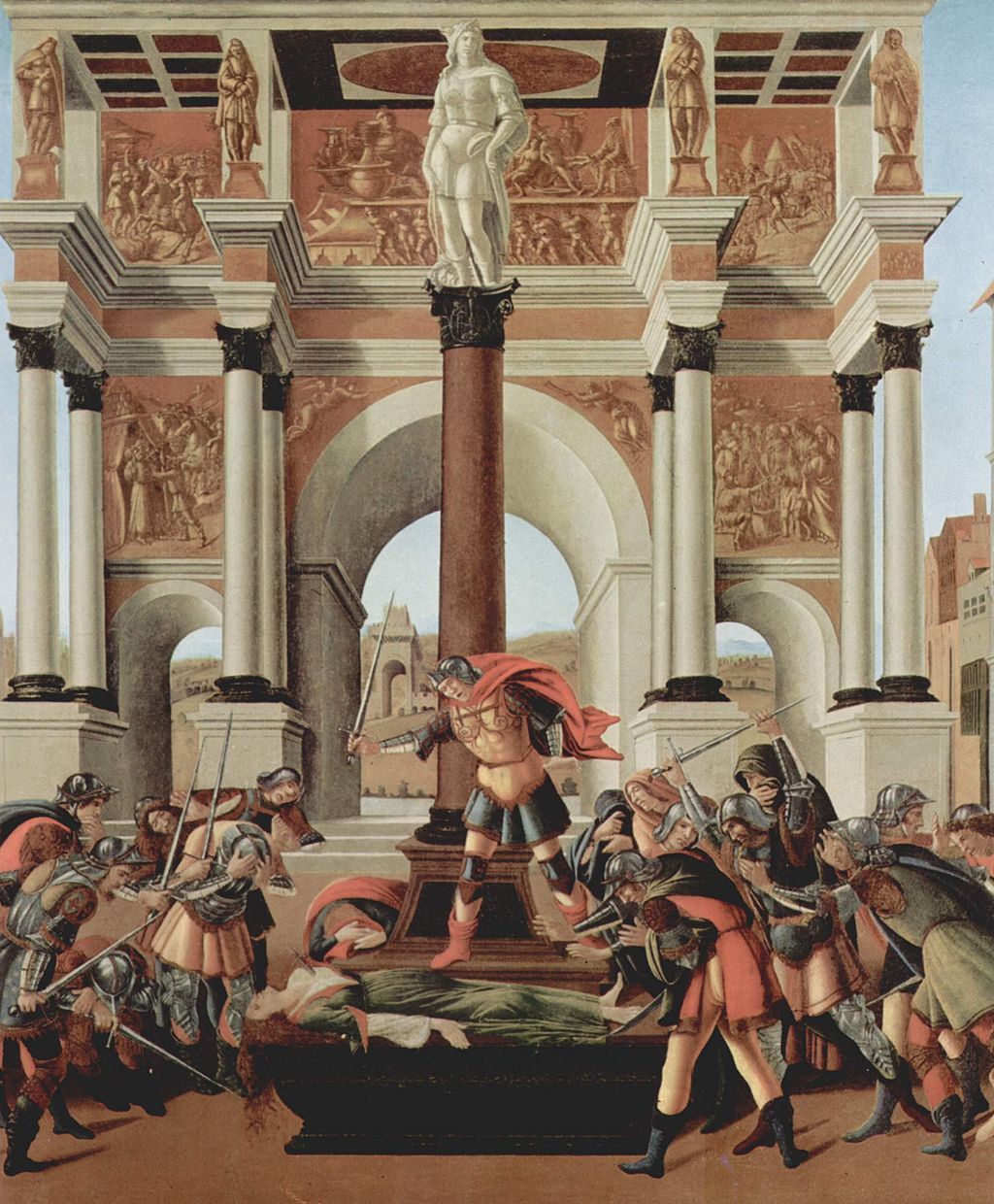 In the center of the painting is Lucretia, with the dagger with which she killed herself protruding from her breast. She is on public display as a heroine, and Brutus stands on the base of the column urging Rome’s citizens to revolt.

Lucretia had called for vengeance, which Brutus turned into a revolution to end the monarchy. Before the establishment of the Roman Republic, Rome had been ruled by kings. Brutus led the revolt that overthrew the last king.

Brutus’ Ancestor assassinated another would be King

Thus a leading conspirator Cassius, enticed Brutus’ direct descendant, Marcus Junius Brutus, a prominent Roman senator, to join the conspiracy by referring to his ancestor’s role in deposing the last king of Rome. 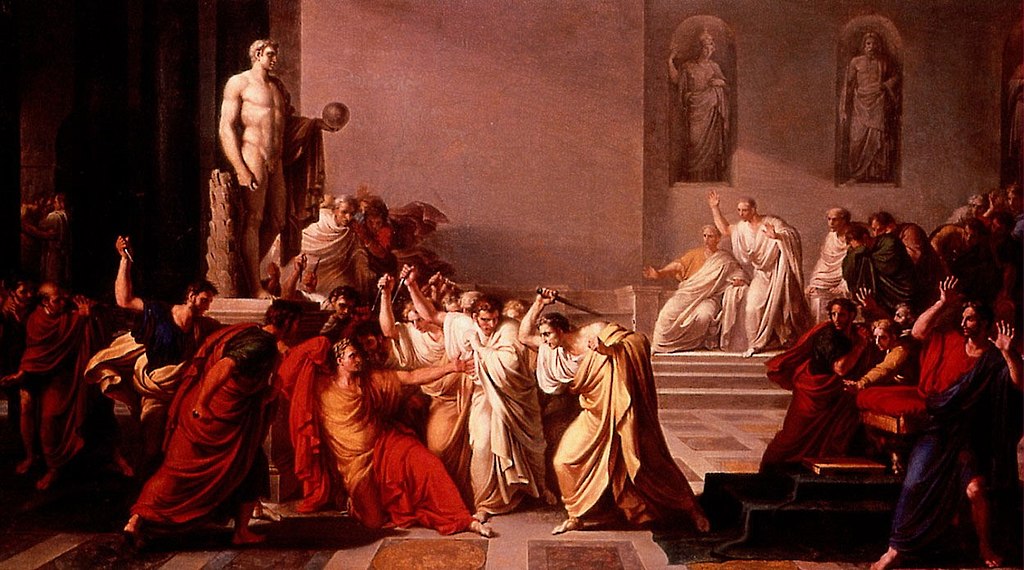 Since Rome’s foundation, its rulers had been Kings, elected for life by the patricians who made up the Roman Senate. The last Roman king was Lucius Tarquinius Superbus (“Tarquin the Proud”).

Tarquin was expelled in 509 because his son Sextus Tarquinius had raped the noblewoman Lucretia, who afterward took her own life.

Lucretia’s father, husband, and relative Lucius Junius Brutus mustered support from the Senate and army and forced Tarquin into exile.

The Senate agreed to abolish kingship. Most of the king’s former functions were transferred to two consuls, who were elected to office for a term of one year. Each consul could act as a check on his colleague.

If a consul abused his powers in office, he could be prosecuted when his term expired. Brutus and Lucretia’s husband became Republican Rome’s first consuls.

These events are quasi-mythological and fitted a narrative of personal vengeance against a tyrant leading to his overthrow, a common theme among Greek cities.

Sandro Botticelli (1445 – 1510) was an Italian painter of the Early Renaissance who belonged to the Florentine School under Lorenzo de’ Medici’s patronage.

He lived all his life in the same neighborhood of Florence. His only significant time elsewhere was the few months he spent painting in Pisa in 1474 and his work at the Sistine Chapel in Rome in 1481–82.

“There is a tide in the affairs of men.
Which, taken at the flood, leads on to fortune;
Omitted, all the voyage of their life.
Is bound in shallows and miseries.
On such a full sea are we now afloat,
And we must take the current when it serves,
Or lose our ventures.”
– Brutus in William Shakespeare, Julius Caesar