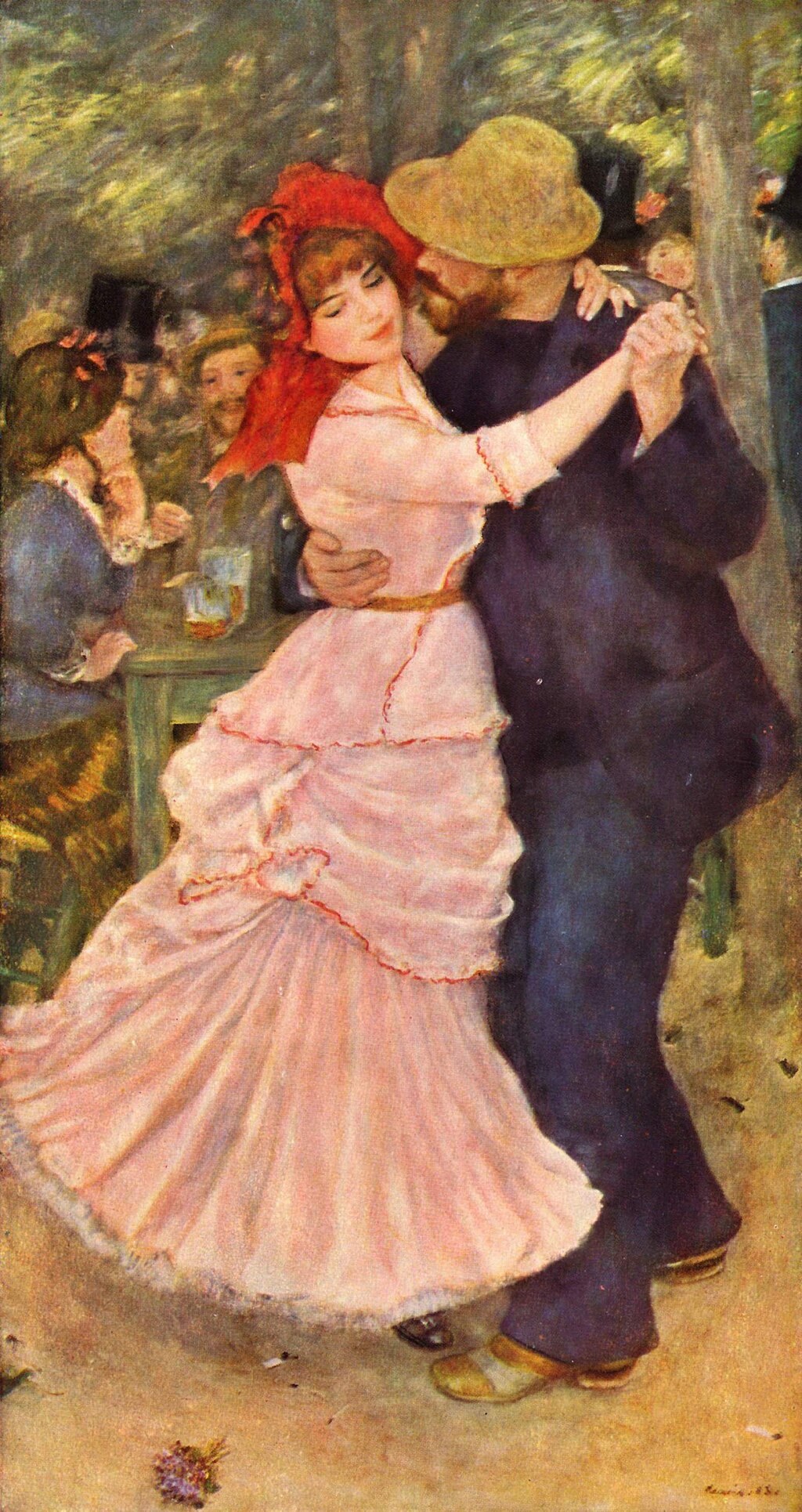 “Dance at Bougival” by Auguste Renoir

“Dance at Bougival” by Pierre-Auguste Renoir, made in 1883, depicts two of Renoir’s friends dancing at one of the open-air cafés of suburban Bougival, on the Seine outside Paris.

Pierre-Auguste Renoir (1841 – 1919), commonly known as Auguste Renoir, was a leading painter in the development of the Impressionist style.

At the age of 51, Renoir developed rheumatoid arthritis, which in his last twenty years of his life, severely limited his mobility.

Renoir remained positive and passionate about his art and did not let his condition affect his painting or diminish the beauty that he saw around him. In the advanced stages of his arthritis, he required an assistant to place his paintbrush in his hand.

His hands were also wrapped with bandages to prevent skin irritation. Renoir applied a variety of effective coping strategies and used his ingenuity to come up with different ways to continue painting even as his arthritis weakened him.

“Why should beauty be suspect?”
– Auguste Renoir