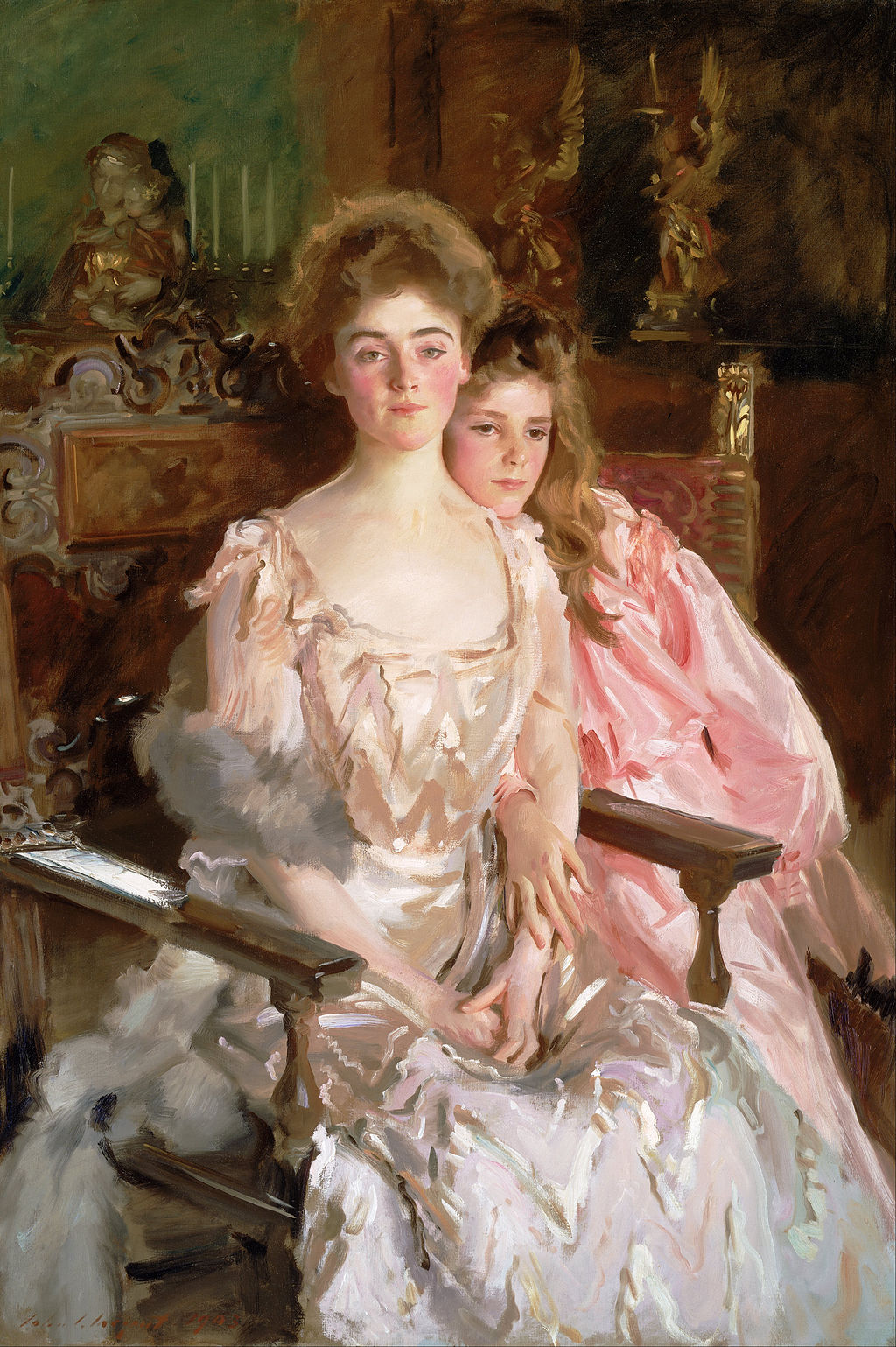 “Mrs. Fiske Warren (Gretchen Osgood) and Her Daughter Rachel” is an oil on canvas portrait painting completed in 1903 by the American portrait artist John Singer Sargent.

Gretchen Osgood Warren came from a prominent Boston family and was an accomplished poet as well as being an actress and singer.

Gretchen was born in 1871 to an affluent family from the historic neighborhood of Beacon Hill, Boston. Due to her family’s wealth, she was able to study and pursue music and drama.

She married into another affluent Beacon Hill family when she became the wife of Fiske Warren in 1891, twelve years before this painting.

Sargent depicts Gretchen seated in a Renaissance-style chair with her daughter tightly by her side and seated on a smaller chair by her side. S

argent is emulating an aristocratic pose while using a modern approach to the brush strokes.

“I do not judge, I only chronicle.”
– John Singer Sargent