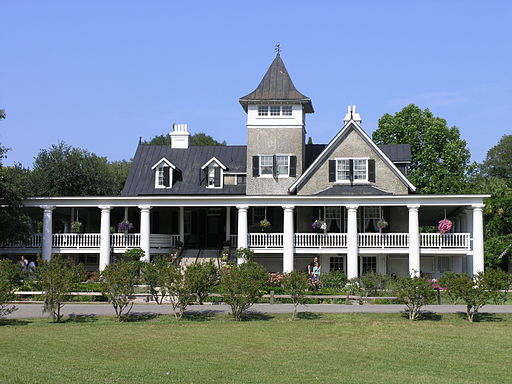 Magnolia Plantation and Gardens is a historic house with gardens located in South Carolina. It is one of the oldest surviving plantations in the South.

Magnolia was initially a rice plantation, with extensive earthworks of dams and dikes constructed in fields along the river for irrigating land for rice cultivation.

African slaves created the works and worked in the fields. Some of the enslaved people who were forced to work at the plantation come from Barbados in the 1670s.

The plantation house was burned during the Civil War, and in the aftermath, the Drayton family sold all but 390 acres to raise money.

Magnolia later became known for its gardens as a Drayton descendant, and an Episcopal minister began to rework the gardens to an English style. 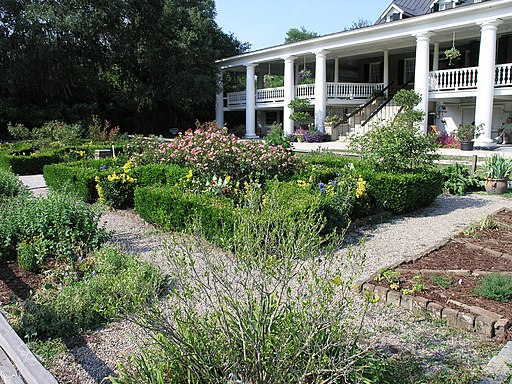 According to the Plantation story, he remodeled the gardens to lure his bride south from her native Philadelphia. He was among the first to use Camellia japonica in an outdoor setting in the 1820s and may have introduced the first azaleas to America.

Today 25 acres are devoted to the gardens, 16 acres for the lawn surrounding the live oak allée, and 150 acres for a marsh and waterfowl conservatory. About 199 acres have been used for a wholesale ornamental plant nursery.

The Magnolia Plantation house was reconstructed and restored based on what was built after the American Civil War.

The oldest section was built before the Revolutionary War near Summerville and was transported and added to the house during its rebuilding. The wide verandah and massive columns were added more recently.

Enslaved Africans and African Americans worked in large gangs and lived in large groups on such plantations as Magnolia.

Of the five cabins on-site, four were built in slavery times and one about 1900. In the Reconstruction period and later, freedmen lived in the former slave cabins.

Today, the plantation emphasizes its history, the natural setting, and the attractions built in the last 50 years during the garden’s renewal. 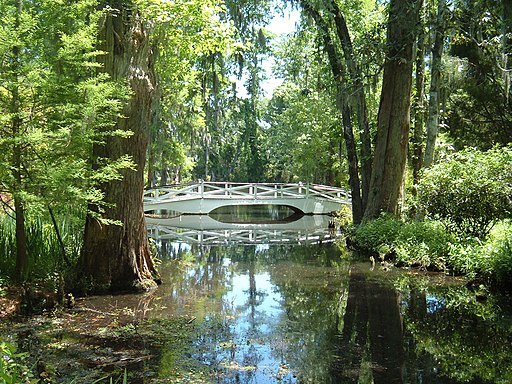 Bridge at Magnolia Plantation and Gardens

Highlights of the Magnolia Plantation and Gardens