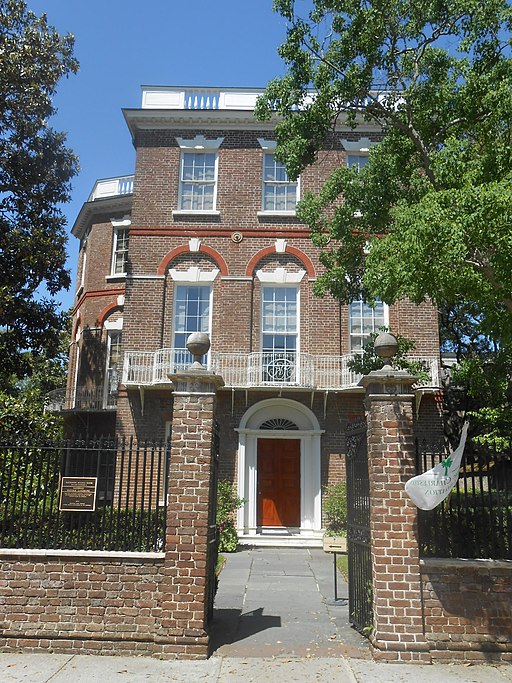 Russell sought to build a prestigious home to display his prominence. Nathaniel, his wife, and two daughters lived in the house with 16 to 18 enslaved staff.

The house remained in the Russell family until 1857, after which the were several owners. In 1955 the Historic Charleston Foundation purchased the property and opened the house for public tours.

This large townhome was designed in the popular Federal-style. The rectangular house has a symmetrical façade, with a four-sided bay that rises the full three-stories of the central block of the house.

Constructed of Carolina gray brick, the front emphasizes height rather than width, and the main living areas are on the second and third stories.

The house and grounds are separated from the street by a brick and wrought iron fence. The entrance gate flanked by tall brick columns capped with stone ball finials. 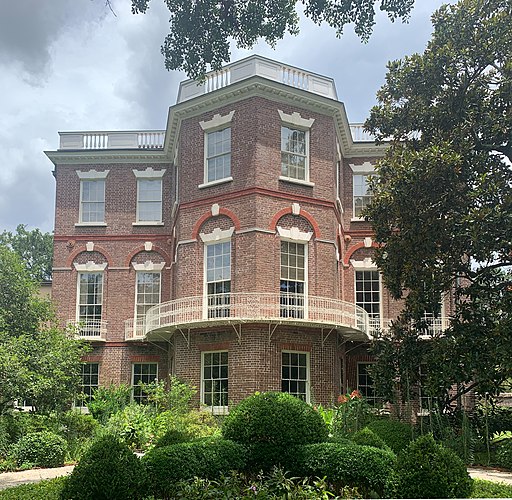 Highlights of the Nathaniel Russell House