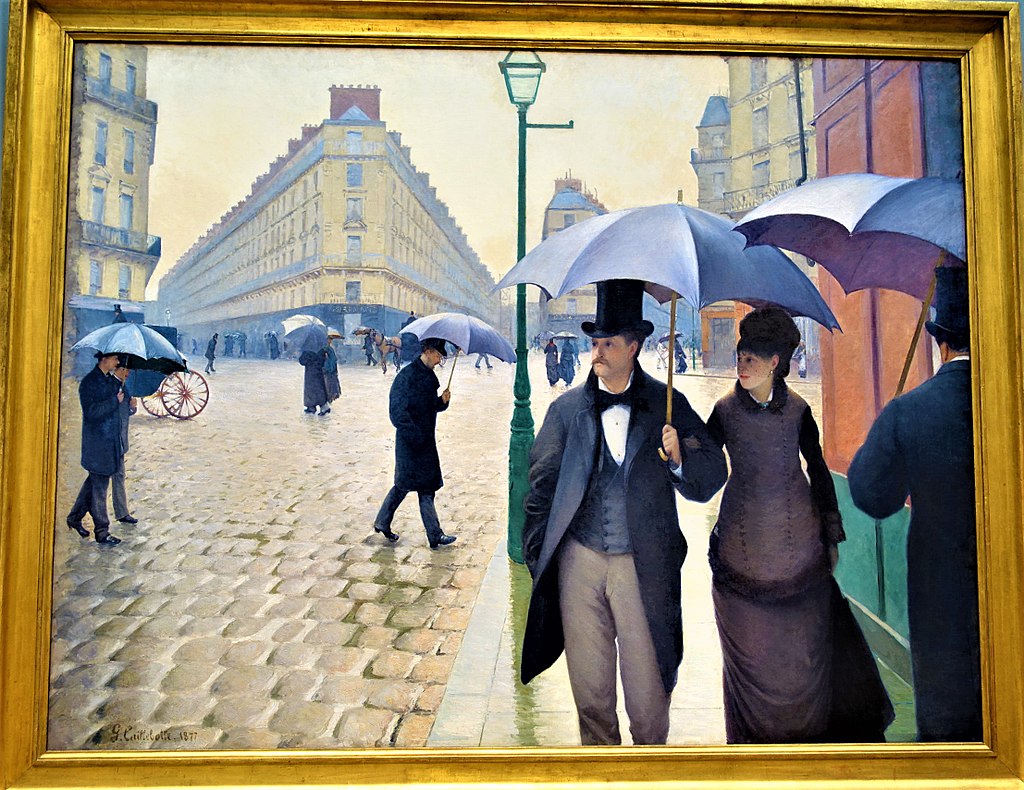 “Paris Street, Rainy Day” by Gustave Caillebotte is his best-known work and depicts Parisians walking in the rain through the Place de Dublin in 1877 Paris.

Caillebotte was a friend of many of the impressionist painters, and this painting is part of that tradition. However, it differs in its realism and reliance on line and not broad brush strokes. It also reflects Caillebotte’s interest in photography.

Photography influenced Caillebotte, and he made some of the figures seem out of focus, and others in sharper focus, including the features in the background, which become progressively less focused and intense.

The cropping of the man to the far right, further suggests the influence of photography.

The figures in the painting seem to have walked into the picture frame. As the painting is a snapshot of people going about their typical day.

The reality is that Gustave Caillebotte spent months carefully planning the pictorial composition. The textured cobblestones dominate almost a quarter of the painting as if that was where the photo was focused. 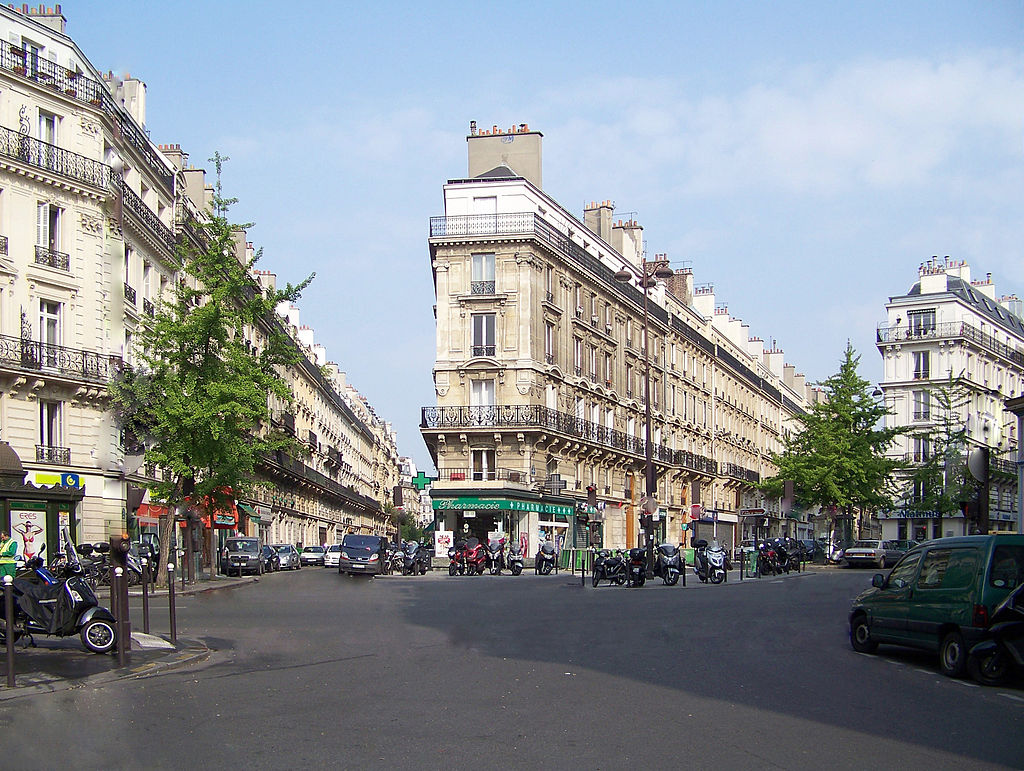 2010 photograph of the Place de Dublin depicted in the painting.

The picture above of today’s Place de Dublin, Paris, shows the loss of unique character with the loss of the cobblestones, which represent a lost past in this painting.

Gustave Caillebotte (1848 – 1894) was a French painter and patron of the Impressionists artists. Caillebotte was born to a wealthy upper-class Parisian family.

Caillebotte’s sizable allowance which allowed him to paint without the pressure to sell his work.

It also allowed him to help fund Impressionist exhibitions and support his fellow artists and friends Claude Monet, Auguste Renoir, and Camille Pissarro, among others, by purchasing their works and paying the rent for their studios.

“The very great artists attach you even more to life.”
– Gustave Caillebotte