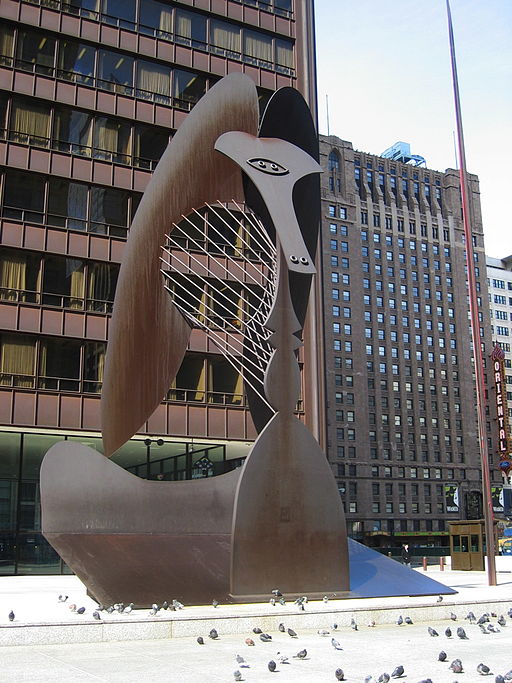 The steel for this statue was rolled on the then-largest rolling mill in the world.

This action was cited as evidence in a 1970 U.S. District Court case where the judge ruled that the city’s efforts had resulted in the sculpture being dedicated to the public domain.

There was also speculation on the subject of the sculpture, which has ranged from a bird, or aardvark to Picasso’s pet Afghan Hound, a baboon head, or the Egyptian deity Anubis.

Royko credited Picasso with understanding the soul of Chicago.

“Its eyes are like the eyes of every slum owner who made a buck off the small and weak. And of every building inspector who took a wad from a slum owner to make it all possible.”

Although Picasso never explained what the sculpture was intended to represent, some see it as an abstract replica of an Afghan Hound dog that Picasso knew well.

Today, the Chicago Picasso has become a well-known meeting spot for Chicagoans. There are musical performances, markets, and other events that are held around the Picasso statue in front of Daley Plaza. 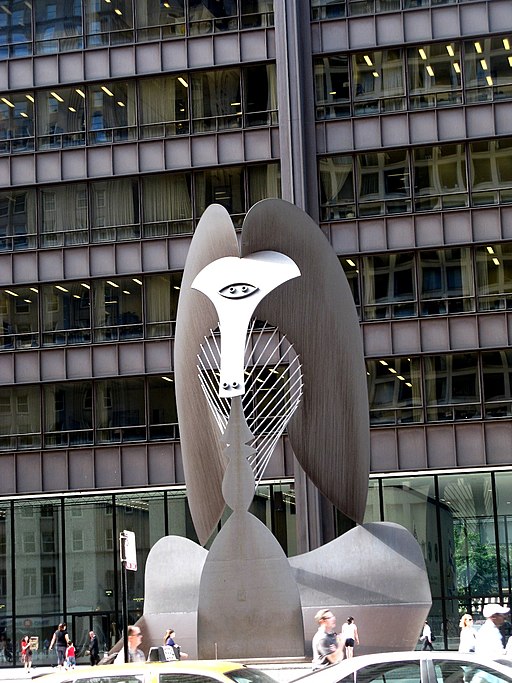 A Marquette is a scale model of an unfinished sculpture. A maquette is used to visualize and test forms and ideas without incurring the expense and effort of producing a full-scale piece.

For commissioned works, especially monumental public sculptures, like the “Chicago Picasso” a maquette is used to show how the finished work will relate to its proposed site.

Some museums, such as the Museo dei Bozzetti in Pietrasanta, Italy, specializing in collections of maquettes. The Maquette for the “Chicago Picasso” is on display at the Art Institute of Chicago.

Maquette is based on the French word for scale model, sometimes referred to by the Italian names plastico or modello. An equivalent term is bozzetto, from the Italian word for “sketch.”

Pablo Picasso (1881 – 1973) was a painter, sculptor, printmaker, and ceramicist who spent most of his adult life in France.

Regarded as one of the most influential artists of the 20th century, he demonstrated extraordinary artistic talent in his early years, painting in a naturalistic manner through his childhood and adolescence.

During the first decade of the 20th century, his style changed as he experimented with different theories, techniques, and ideas. After 1906, Fauvist works motivated Picasso to explore more radical styles. Picasso’s work is often categorized into periods.

The most commonly accepted periods in his work are:

Much of Picasso’s work of the early 1920s is in a neoclassical style, and his work in the mid-1920s often has characteristics of Surrealism. His later work often combines elements of his previous forms.

Exceptionally prolific, Picasso achieved universal renown and immense fortune for his revolutionary artistic accomplishments and became one of the best-known figures in 20th-century art.

Daley Plaza Picasso Sculpture Turning 50; So What Is It?